The legendary singer and media baiter may have swiped passages in his required talk from SparkNotes, God bless him 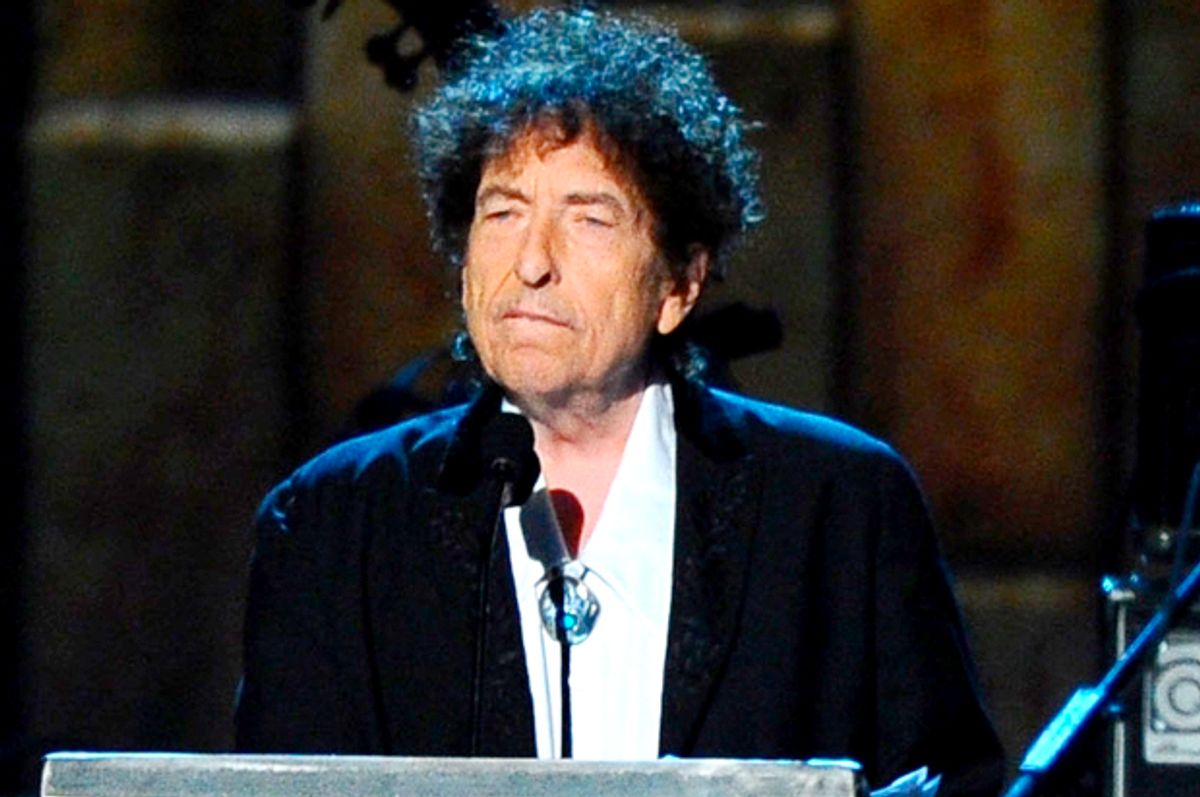 As explained in a highly detailed article at Slate, there is compelling evidence to suggest that music legend Bob Dylan may have lifted sections of the speech he gave as part of his Nobel Prize win. The speech, given earlier this month in Los Angeles, was required for Dylan to collect the nearly $1 million in fund that came with the honor.

In a talk that was called both "eloquent" and "rambling" by those in the press, Dylan focused on the connection between music and literature, citing passages in "The Odyssey", "All Quiet on the Western Front" and "Moby-Dick" as both an influence on him and proof of his point. It was, some saw, a response to the controversy over his win for the Nobel Prize in Literature, a first for a songwriter.

As Slate writer Andrea Pitzer notes, not only does it appear that Dylan made up a passage from Herman Melville's 1851 opus "Moby-Dick" in his speech, but that entire sections of the talk show distinctive parallels with posts on the literature works he cited available on SparkNotes, an online study guide similar to CliffsNotes.

As one of many examples, Pitzer notes that Dylan cited what he claimed was a passage in Melville's novel "Some men who receive injuries are led to God, others are led to bitterness." There is no such sentence in "Moby-Dick". There is, however, this text available on the SparkNotes entry for the novel: "someone whose trials have led him toward God rather than bitterness." The article notes that of the 78 sentences on "Moby-Dick" in his speech, 20 show such similarities with the SparkNotes entry.

And yet, as the article and anyone truly familiar with Dylan know, this is in no way out of character or contemptible for the sometimes devilish legend. As someone who's lifted lyrics from colleagues, poets of the past, traditional Black music, folk songs, pop music and even himself, Dylan is a self-acknowledged "thief" and cultural magpie who has often bent the rules of authorship to good effect. Even passages in his 2004 autobiography contained unattributed passages from other writers or speakers.

Just as crucial, has been Dylan is a fantastic media troll of the highest order since at least the early 1960s. From playing with reporters during his initial brush with folk fame, to biting back at critics (and audience members) who attacked him for his switch to a more electric, pop sound, to cultivating a sense of enigma, Dylan has always kept fans and the media on their toes. His dodges, withering owns and general puckish behavior in the spotlight are the stuff of legend.

Whether this possible plagiarism could have been borne out of laziness, lack of interest in his speech (he seemed to see the prize as a burden initially), his now-cemented tendencies to lift from other writers or just a subtle, massive troll on the media and the whole Nobel process is unknown. Whatever it is, it's classic Dylan.