Don't miss the point on Alexandria and San Francisco: There is a solution for mass shootings

Even an attack on their own won't change Republicans' minds about guns. But Australia proves there's a way forward 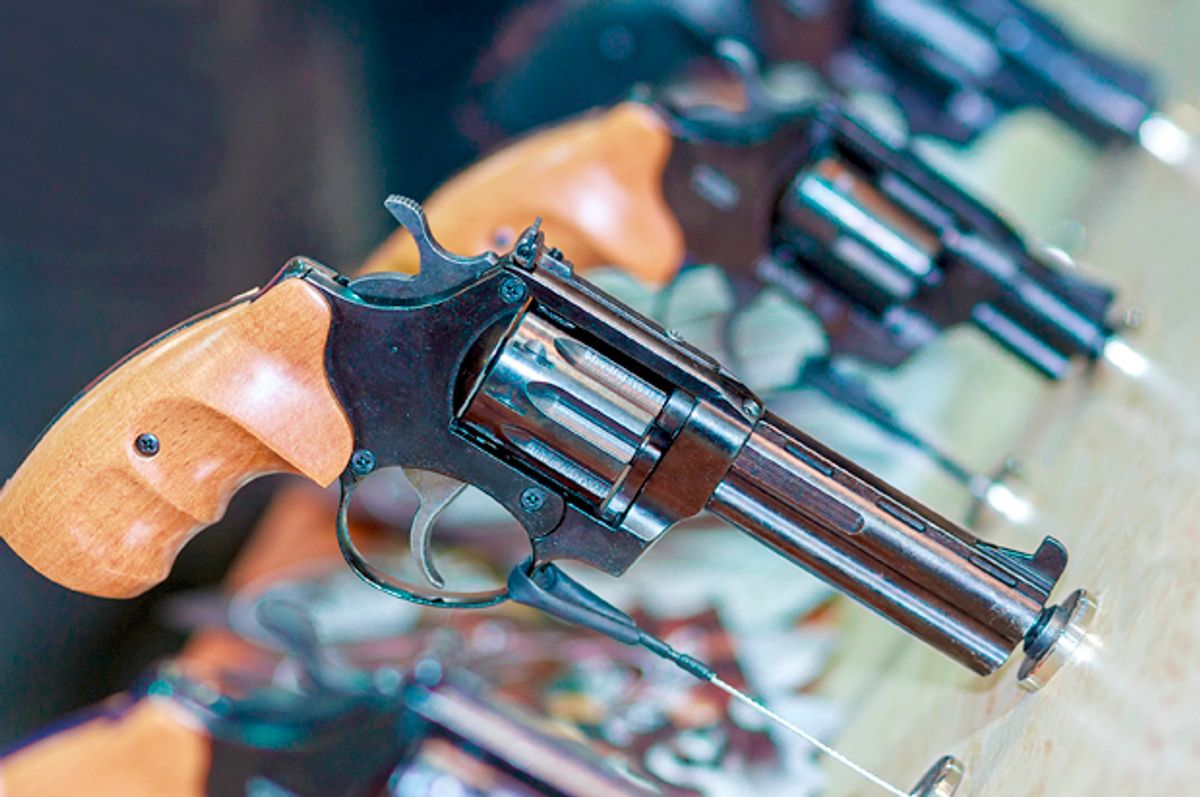 On Wednesday we had two mass shootings, one on each coast. A gunman opened fire with an automatic rifle on a group of Republican lawmakers who were practicing for a baseball game in Alexandria, Virginia, injuring six people. The shooter was shot and killed by Capitol Police. Later the same day in San Francisco, an angry employee went into a UPS facility and opened fire, killing three co-workers and himself.

I had wondered about the lack of high-profile mass shooting events recently and had thought that maybe the recent spate of killing had peaked at this time last year with the horrifying Orlando terrorist attack and the targeting of police in Dallas. But the truth is that they have been happening all along. We just stopped paying attention.

Mother Jones gathers data on mass shootings and has pretty strict criteria for inclusion: The shooting must happen in a public place and result in three or more deaths. This leaves out many incidents in which people are only injured, such as the shooting of 10 people in Philadelphia last month, or those that take place on on private property, such as the recent killing of eight people in Mississippi during a domestic violence shooting spree. (The Gun Violence Archive collects incidents that involve the shooting of two or more victims. It is voluminous.)

According to the Mother Jones criteria, yesterday's Virginia shooting doesn't even count since it didn't meet the death threshold. The San Francisco UPS shooting does, bring the total of such mass shootings to six so far this year.

Let's recap, in reverse chronological order: On June 7, a 24-year-old grocery worker in Pennsylvania fatally shot three co-workers with a shotgun, then turned the gun on himself. On June 5, a 45-year-old man in Orlando, Florida, fatally shot five of his former co-workers, and then killed himself. On May 12, a 43-year-old man in rural Ohio killed two employees in a nursing home, shot and killed the chief of police who responded to the scene and then shot himself. On April 18, a 39-year-old man opened fire on a downtown street in Fresno, California, killing three people at random. On Jan. 6, a 26-year-old man fired into the baggage claim area at the Fort Lauderdale, Florida, airport, killing five people and wounding six more.

Meanwhile, 93 people on average are shot and killed every day in America, many of them in incidents involving multiple victims. More than 100,000 people are struck by bullets every year. President Donald Trump was right to speak about "carnage" in America in his inaugural address. He just didn't acknowledge that the carnage is from gun violence. According to the gun safety website The Trace:

Using data from the the World Health Organization, researchers found that America accounted for 82 percent of all firearm deaths among 23 comparable nations in 2010. Ninety percent of women killed by guns in the study were in the U.S., as were 91 percent of children under 15.

Wednesday's shooting in Alexandria was particularly troubling because it appears to have been politically motivated. The accused shooter was an active left-winger who apparently had come to the conclusion that the Republicans had to be "destroyed" and he targeted GOP officials. We don't know the whole story yet, but he had previously been charged with domestic violence and shooting his guns in a residential area.

We are in a volatile period in this country and people's emotions are running high. But if politics is war by other means, those other means must not include deadly violence. With all the anti-government rhetoric out there and easy access to firearms, it was probably inevitable that some violent man would decide to make a statement, punish his perceived political enemies and go out in a blaze of glory. We certainly make that easy with lax gun laws and our illogical insistence that military-style semiautomatic weapons are constitutionally protected.

House Majority Whip Steve Scalise, the Republican congressman who was shot and badly injured on Wednesday, is a high-profile gun-proliferation proponent. Luckily, he was accompanied by the security detail that goes along with his office because it did the best one could hope for to prevent a massacre. Still, five people were shot, including one of the U.S. Capitol Police officers. Unless we all hire trained security for protection, the rest of us will not be that lucky in a similar situation. Had any of the Republican officials at that game been armed, as the president usually insists is the answer to this problem, the outcome would have probably been even worse.

Some Republicans who were there feel the fear that others have felt in these situations:

According to The New York Times, Republicans are responding to that fear with their usual call for even more guns. That's not surprising. If a madman shooting up a first-grade classroom full of small children didn't make them reassess their approach to this issue, it's unlikely anything will.

It doesn't change the fact that there are ways to address this problem. In the wake of a horrific mass shooting in 1996, Australia banned semiautomatic weapons and required everyone to sell those they already owned to the government. There have been no mass shootings in the country since then. This simply required the political will to tackle the problem in the most practical way. There are still privately owned guns in Australia and sometimes they are still used to kill people. But the body count has gone way, way down since Australia got rid of weapons whose only purpose is to kill and injure many people in a short period of time.

On the occasion of yet another workplace shooting in 2015, I wrote about the story of Dr. John Snow one of the first epidemiologists back in the 1850s who observed through careful data collection and observation that the source of a disease in a given area was the common well from which everyone was pumping out their drinking water. It was many years before science discovered the bacteriological basis for cholera and found treatments for it. But Snow's central insight — to shut down the pump — saved many lives: The same solution is to be found with the epidemic of gun violence in America. Of course a ban on semiautomatic weapons would not prevent all murders or address the human propensity for violence. But we would greatly lower the death toll.