The president's son-in-law is the Trump era's Forrest Gump 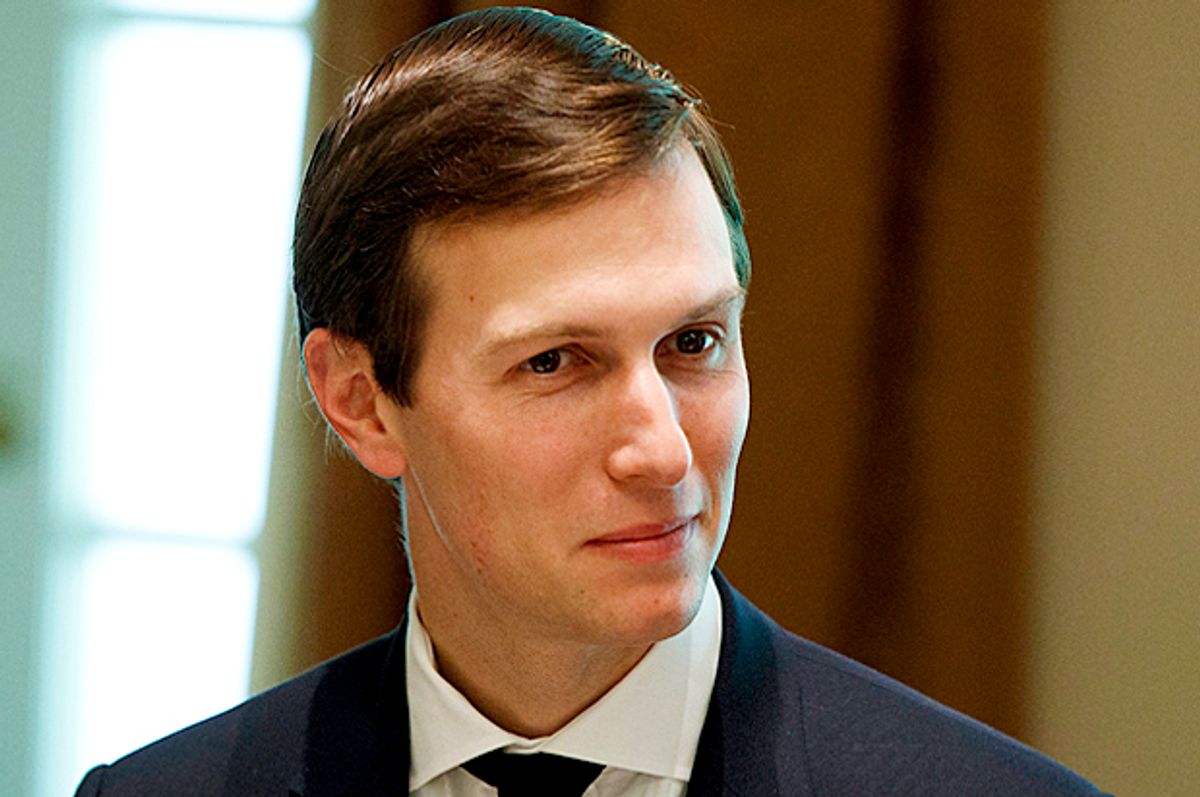 Jared Kushner (J.D./M.B.A., New York University, ’07) has a law degree from one of the finest universities in the country. He understands the threat that Trump’s words and deeds pose to democracy and the rule of law, but he has been in close proximity to Trump scandals that threaten both. He is a man of few public words, but his policy portfolio for Trump is enormous. He is uniquely positioned to keep Trump from running amok, but he has joined the ranks of Trump’s enablers.

Kushner is also the administration’s Forrest Gump. When Trump met with business leaders on Jan. 23, Kushner attended. On Jan. 29, 2017 — three days after Acting Attorney General Sally Yates had told White House counsel Don McGahn that national security adviser Mike Flynn could be subject to Russian blackmail — Kushner was sitting in the Oval Office with Trump and Flynn. When Trump conferred with government cyber-security experts on Jan. 31, Kushner was with him. And on May 8, 2017, when Trump confided to a small group of advisers that he was going to fire FBI Director James Comey, Kushner was among the trusted few.

Our Kushner timeline, below, taps entries from our overall Trump-Russia timeline and adds others that are unique to him. As the facts unfold, this timeline will be updated. Eventually, the public will learn the full story of Jared Kushner’s role in the controversies enveloping the Trump White House — and to what extent he shares responsibility for them. Like many of the lawyers surrounding and enabling Trump, Kushner has retained a personal attorney to help him navigate the troubled waters engulfing the White House.

While reviewing the Kushner timeline and considering the scope of special counsel Robert Mueller’s investigation, recall Yates’ meeting with McGahn in late January. Regardless of whether Flynn’s actions were illegal, he was “compromised” and subject to Russian blackmail because the Russians knew more about what he’d done with them than the American people did. Robert Mueller, the Justice Department’s special counsel investigating the Trump-Russia affair, is charged with finding criminal actions. But sometimes even lawful conduct beyond the purview of any special counsel can present a clear and present danger to the nation’s vital interests.

Kushner and the Comey cover-up