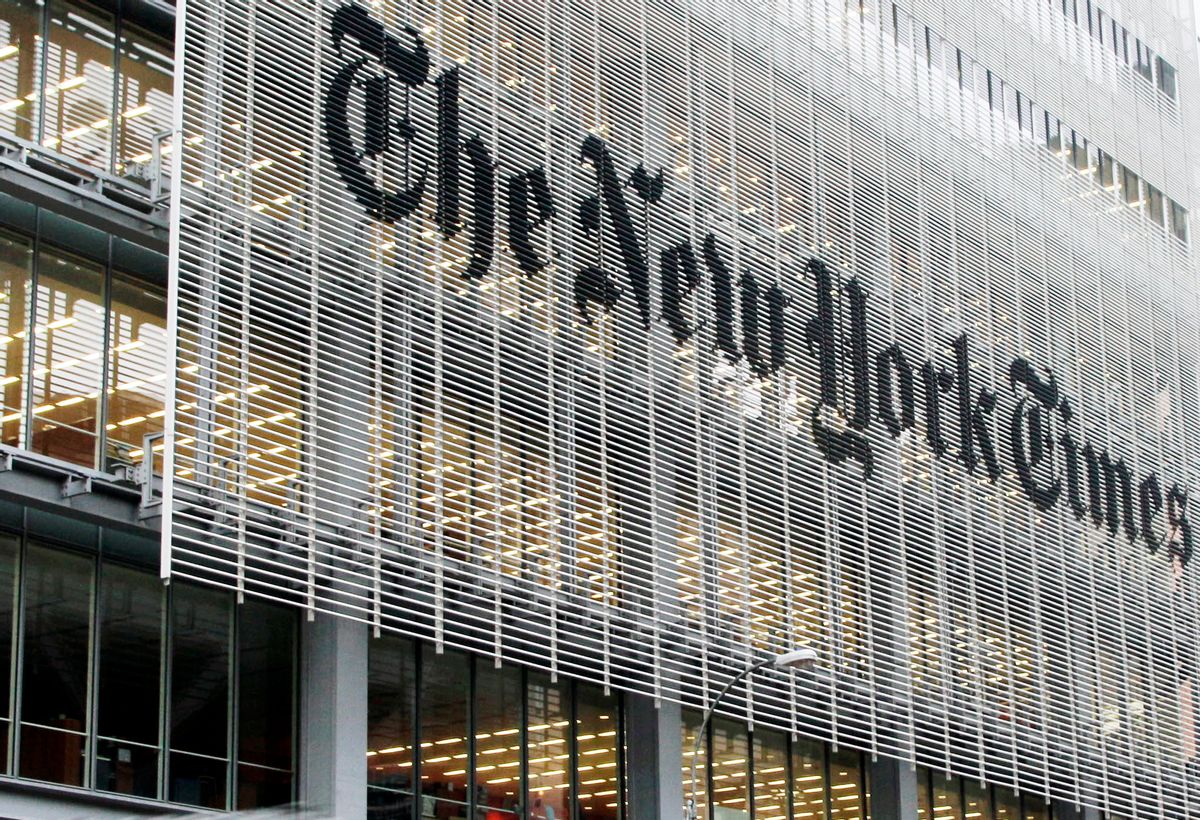 This story has an updated description of a tweet issued from the account of Sen. Rand Paul.

On Thursday The New York Times published a left-punching hot take in its "Politics" section — as opposed to the "Opinion" section, where it would have felt more at home alongside neocon columnists Ross Douthat and Bret Stephens.
Maybe trying to play "both sides" was the reason the Times went to great lengths to blame Wednesday's shooting of Louisiana Rep. Steve Scalise on Sen. Bernie Sanders and the unsubstantiated "rage buried in some corners of the progressive left."

The suspect, James T. Hodgkinson, the Times noted, is "a former volunteer for Mr. Sanders’s presidential campaign," which seemed to make everyone to the left of Hillary Clinton partially accountable for his abhorrent crime.

"That shooting on Wednesday, which wounded four people," the Times said, "may prove to be an unexpected test for a movement born out of Mr. Sanders’s left-wing, populist politics and a moment for liberals to figure out how to balance anger at Mr. Trump with inciting violence."

Never mind that Sanders took to the Senate floor to say he was "sickened" by the alleged shooter.

On Tuesday, Mr. Hodgkinson posted a cartoon on Facebook explaining “How does a bill work?” “That’s an easy one, Billy,” the cartoon reads. “Corporations write the bill and then bribe Congress until it becomes law.

That is not far from Mr. Sanders’s own message.

All the Times did was establish that Hodgkinson subscribed to Sanders' ideology. So do I, and so did about 13 million Democrats. But there's no evidence that would even suggest Sanders-styled leftists are any more prone to violence than liberals — or Trump supporters.

Here's some false equivalency in the form of a quote from a 26-year-old Democrat for Trump: Fox News pundit Harlan Williams agreed Sanders' characterization of the current administration "is a passive justification for the kind of violence we saw."

The Times' kicker came from RoseAnn DeMoro, executive director of the pro-Sanders union National Nurses United. And it renders both the Times' and my take superfluous:

Sen. Sanders is "the most popular politician in America," she told Alcindor. "That doesn’t sit well with establishment Democrats or Republicans. They are trying to delegitimize and discredit anyone who is speaking out for a better society. That’s what’s happening."