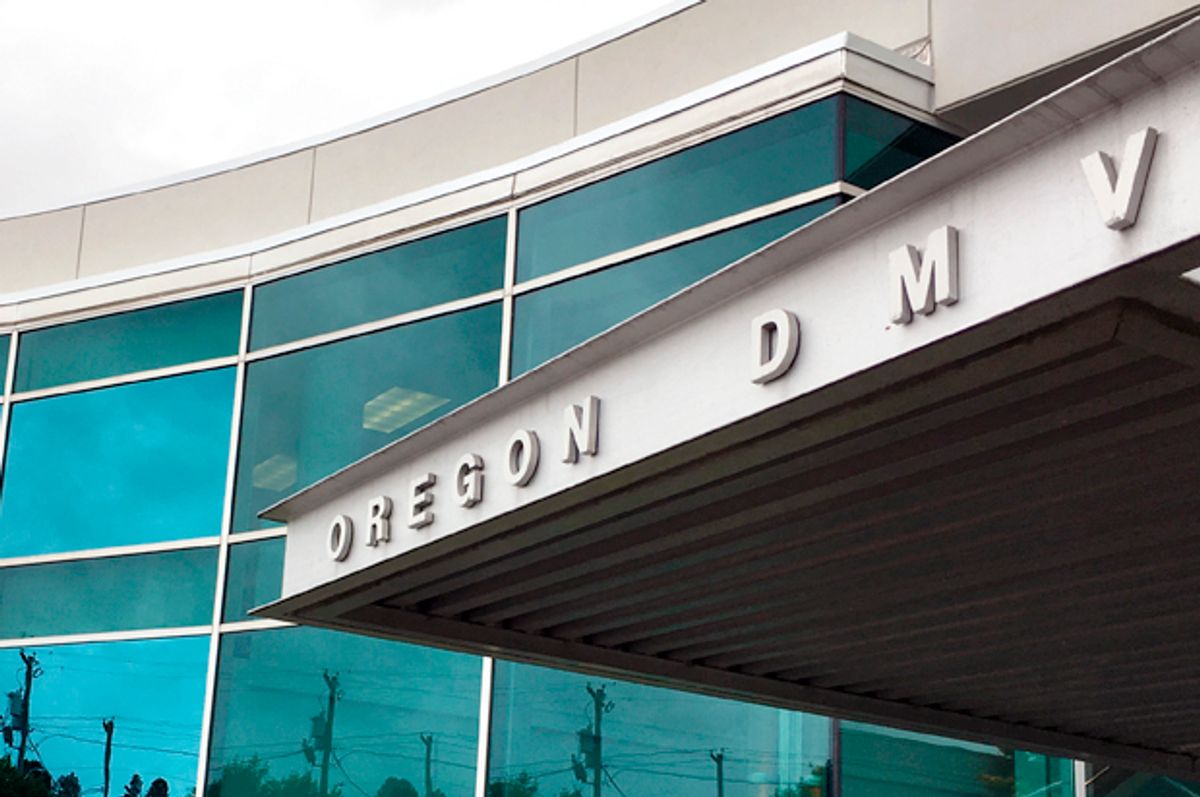 In a victory for gender nonconforming or non-binary people, Oregon became the first U.S. state to provide a third gender option on state-issued identification.

The change was approved by the Transportation Commission on Thursday, and allows for Oregon residents to select an 'X' to put in place of 'M' or 'F' on their state IDs, drivers licenses, and driver's permits.

"This change in ID is a huge piece of validation for me," said J Gibbons, a 26-year-old from Portland who is non-binary, transgender and uses gender-neutral “they” pronouns. "The state of Oregon sees me for who I am. I don’t even think ‘excitement’ can capture all of my emotions about this change."

"Our lives are so gendered, which is why it’s important that driver licenses and other forms of IDs recognize people who are non-binary," said Basic Rights Oregon co-executive director Nancy Haque, whose organization campaigned for the change. "Removing barriers for people is critical to helping all of us live healthy, productive lives."

The change was first brought to the Oregon legislature's attention in June of 2016, when a judge granted Jamie Shupe, a retired Army mechanic, the right to legally identify as non-binary. The decision was the first time a judge had granted someone the right to identify legally as neither male nor female. In an open letter in the Guardian, she praised the court for the decision, and explained the need for a third classification.

The United States desperately needed a third sex classification of non-binary for all of the people such as myself that simply do not fit into the existing binary system of just male or female. As a transgender person who was forced to live as a male for nearly 50 years, and who then electively lived as a female for the following three years to alleviate my gender dysphoria, I have discovered that I am healthiest and best served by not being forcibly classified as either male or female against my will.

This isn't the first progressive decision Oregon residents have pushed for. In November, Oregon became the first state to elect an openly LGBT governor, Kate Brown.

While this is an historic decision in the United States, the 'X' option, and other gender rights like it are already in effect in Australia, New Zealand and Canadian province Ontario, and it looks like California could be next.