Progressives in Minneapolis and St. Paul took to the streets Friday to protest the not guilty verdict 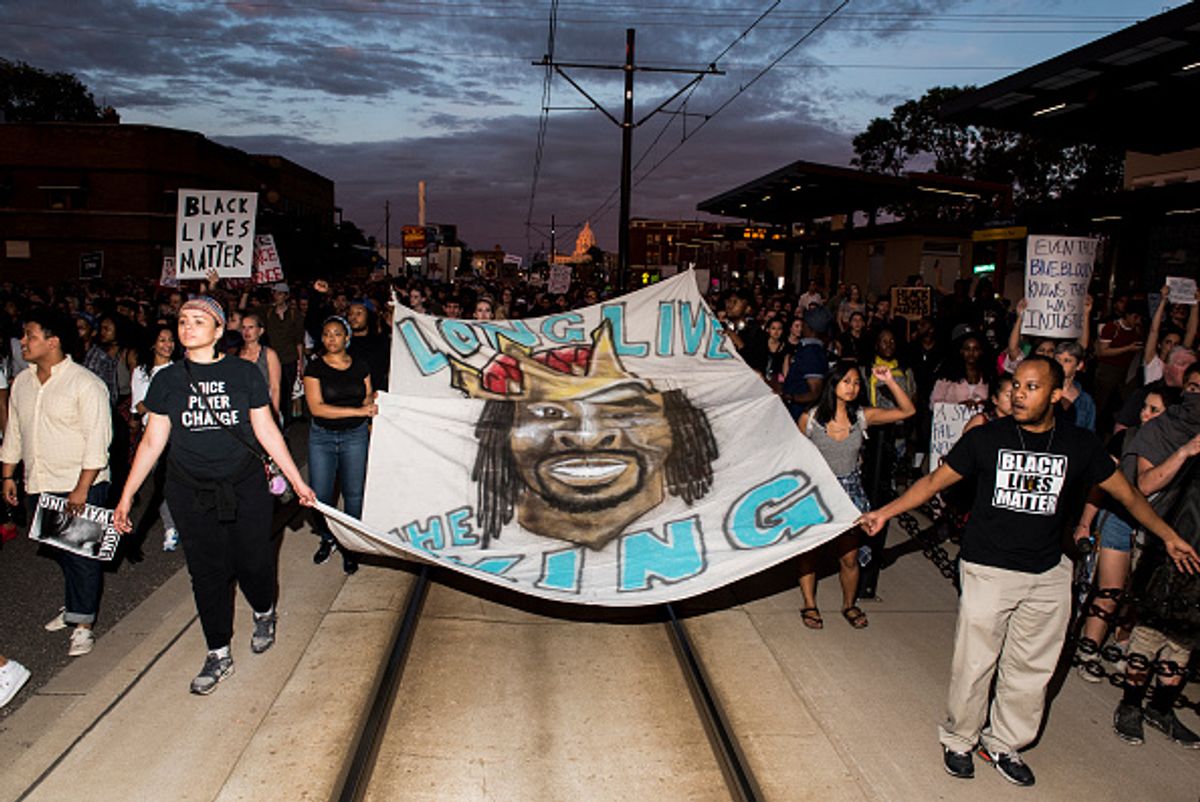 Tired, confused and frustrated, thousands of people took to the streets in St. Paul Friday to decry the acquittal of the police officer who shot and killed Philando Castile during a traffic stop last year.

Progressives and allies of the black lives matter movement gathered in the Minnesota capital late Friday. Protestors held signs and banners depicting Castile's face, as they chanted, "no justice, no peace" and "black lives, they matter here."

St. Paul police estimated over 2,000 people attended the protest march, which was overall peaceful. Police did arrest 18 individuals who blocked a major highway just outside the downtown area, CNN reported.

Blocking highways as a form of protest is a common tactic in Minnesota. Hundreds blocked the I-94 freeway last year after Castile's death was first reported. The GOP-run state legislature proposed a bill this year that would increase the penalties for disrupting traffic.

Organizers of Friday's protest said that the verdict "shows how the system is rigged against justice for victims of police terror."

Castile worked at J.J. Hill Montessori Magnet School in St Paul. He served food to the students everyday and was said to know everyone's name. His death garnered national attention after his girlfriend began recording the incident on Facebook Live.

"This incident seemed so egregious and avoidable that we hoped that this time, it might be different – that this time, justice might be served," the statement said. "Because if the government can take your life and no one is held responsible, you are a second-class citizen, if not fully dehumanized in the eyes of the law. That is the devastating message this verdict, along with all those similar acquittals before it, sends to communities of color across the nation."