Your child's health could be in danger 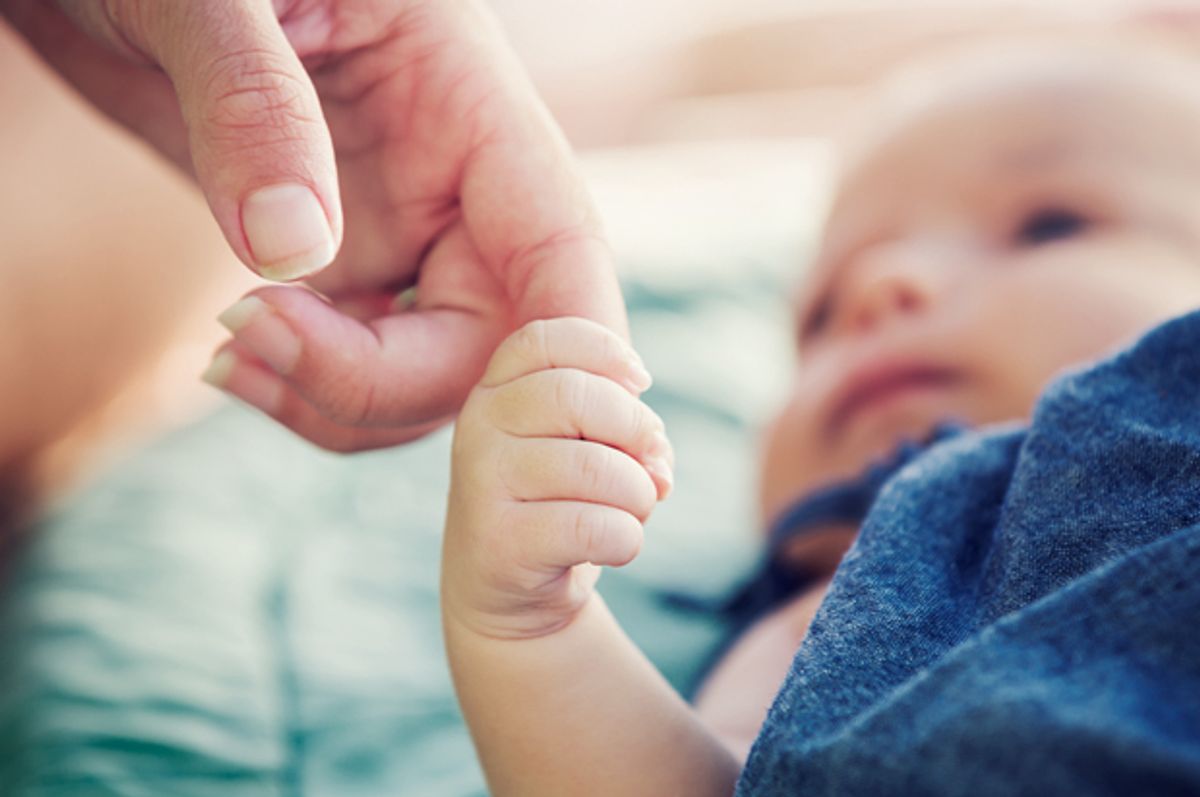 Pediatricians and public health researchers know they have to be on the lookout for lead exposure from paint chips and contaminated drinking water. A new report suggests food — particularly baby food — could be a problem, too.

The Environmental Defense Fund, in an analysis of 11 years of federal data, found detectable levels of lead in 20 percent of 2,164 baby food samples. The toxic metal was most commonly found in fruit juices such as grape and apple, root vegetables such as sweet potatoes and carrots, and cookies such as teething biscuits.

The organization’s primary focus was on the baby foods because of how detrimental lead can be to child development.

“Lead can have a number of effects on children and it’s especially harmful during critical windows of development,” said Dr. Aparna Bole, pediatrician at University Hospitals Rainbow Babies and Children’s Hospital in Cleveland, who was not involved with the report. “The largest burden that we often think about is neurocognitive that can occur even at low levels of lead exposure.”

Lead can cause problems with attention and behavior, cognitive development, the cardiovascular system and immune system, Bole said.

The samples studied were not identified by brand, and the levels of lead are thought to be relatively low. Still, according to the Centers for Disease Control and Prevention, no safe blood lead level in children has been identified.

In a draft report released earlier this year, the Environmental Protection Agency estimated that over 5 percent of children consume more than 6 micrograms per day of lead — the maximum daily intake level set by the Food and Drug Administration in 1993 — in their diet.

This surprised Tom Neltner, Environmental Defense Fund’s chemicals policy director, who has spent 20 years researching and working to reduce lead exposures. His further analysis of the EPA report was that food is the major source of lead exposure in two-thirds of toddlers.

This spurred the organization to examine data from the FDA’s Total Diet Study for specific sources of exposure for kids.

In the resulting report, released Thursday, Neltner found that the baby food versions of apple juice, grape juice and carrots had detectable lead more often than the regular versions. Researchers could determine how frequently contamination occurred, but not at what levels.

According to the FDA, lead makes its way into food through contaminated soil, but Neltner suspects that processing may also play a role.

“I can’t explain it other than I assume baby food is processed more,” Neltner said.

The Environmental Defense Fund report notes that more research on the sources of contamination is needed.

FDA has set guidance levels of 100 parts per billion (ppb) for candy and dried fruit and 50 ppb for fruit juices. The allowable level for lead in bottled water is 5 ppb.

Concern over fruit juices flared up in 2012 when Consumer Reports found that 1 in 4 samples of apple and grape juices had lead levels higher than the FDA’s bottled-water limit of 5 ppb.

“The FDA is continuing to work with industry to further limit the amount of lead in foods to the greatest extent feasible, especially in foods frequently consumed by children,” read an agency statement in response to the report. “The agency is in the process of reevaluating the analytical methods it uses for determining when it should take action with respect to measured levels of lead in particular foods, including those consumed by infants and toddlers.”

Neltner said he’s glad the FDA is working on the issue but wants them to “get it done. Move quicker.”

The Environmental Defense Fund isn’t recommending that parents avoid certain foods or brands for their children but does advise that they consult their pediatrician about all means of lead exposure.

“In many American communities, the most significant route of lead exposure is from paint and soil,” Bole said. “Avoiding all sources of exposure of lead poisoning is incredibly important … but the last thing I would want is for a parent to restrict their child’s diet or limit their intake of healthy food groups.”

She added that pediatricians recommend limiting or eliminating fruit juices from children’s diets, anyway, for nutritional reasons. “There are good reasons to limit juice other than this particular report,” Bole said.

But she said she wouldn’t want parents to avoid root vegetables altogether. “The benefits of those nutritious foods far outweigh any risk,” she said, especially in the context of where kids are most exposed to lead.

In response to a request for comment, Gerber said that samples of its baby foods and juices “consistently fall well within the available guidance levels and meet our own strict standards.” And samples of Gerber juices were all below the EPA standard for drinking water.

“We know parents may be concerned about a recent report on lead in foods and want to reassure them that Gerber foods and juices are safe,” the statement read.

The Environmental Defense Fund report was ultimately directed at the food industry and FDA in the hopes of getting limits and standards updated.

But lead in paint and drinking water shouldn’t fall by the wayside, Neltner said. “You’ve got to deal with this issue on multiple fronts.”