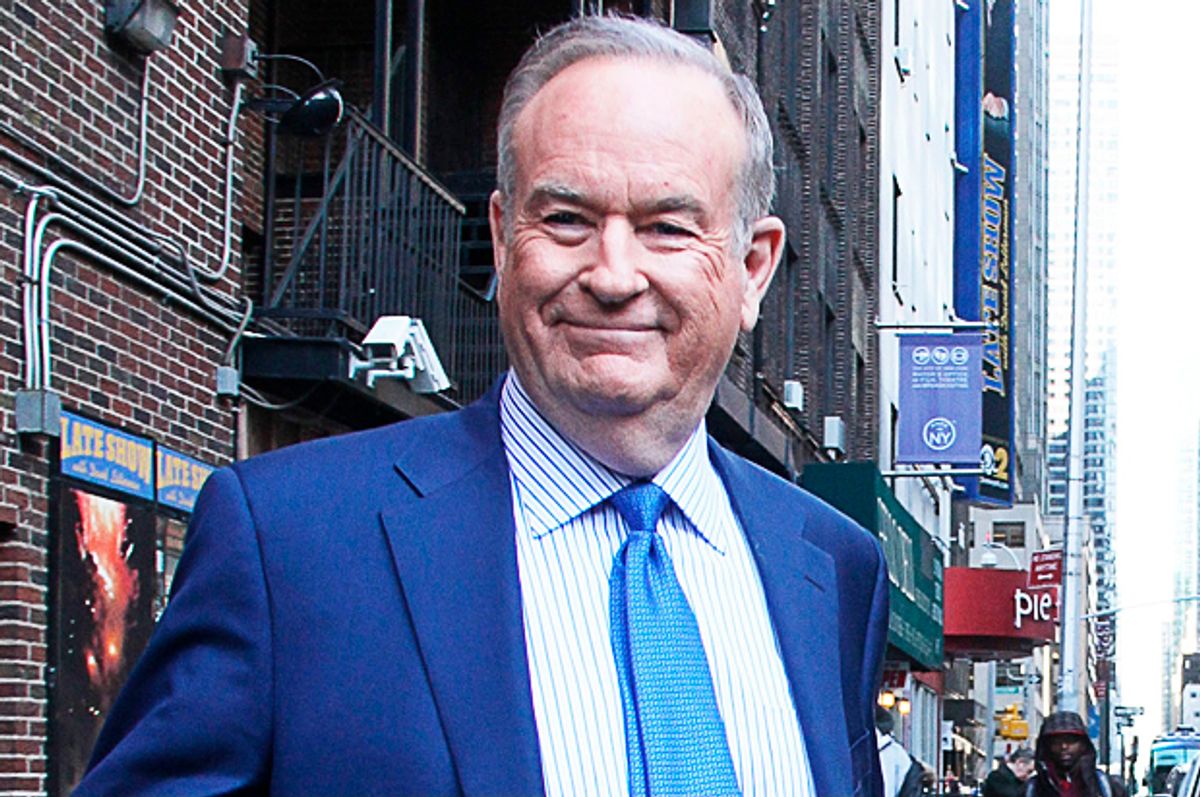 Former Fox News fixture Bill O’Reilly is getting ready to return to face the camera.

“I am starting my own operation,” O'Reilly told his fans during a question-and-answer session at an event on New York's Long Island this past Saturday, following a program he staged with comedian Dennis Miller.

According to O’Reilly, he will be launching a 30-minute web show that will have more than a few similarities to his old Fox News enterprise.

“We will go into a studio and here it will look like ‘The Factor,’” he said, according to Newsday. “It’s basically an experiment to see how many people are going to want this service. That’s coming and will be here before September in a robust form.”

The ousted Fox News host spoke at length about President Donald Trump, saying that he believed it was “almost impossible for me to analyze him fairly” because both men were being attacked by left-wingers. O'Reilly's departure from the network began when The New York Times revealed that Fox News had paid at least $13 million in settlements to women who claimed they had been harassed by O'Reilly and other employees.

If his new 30-minute webcast develops an audience, there's a strong possibility that he might be willing join forces with another television operation, O'Reilly said.

“I suspect there will be another network maybe merging with us. There will be a network that rises up because the numbers for Fox are going down,” he said.

During the New Yorker’s time as host of “The O’Reilly Factor,” Fox News dominated the cable news ratings, attracting more viewers in the 25- to 54-year-old demographic as well as among total viewers.

In May, “Extra” reported that O’Reilly's lucrative contract did not include a noncompete clause that would have precluded him from working with another television operation.

O’Reilly has been trying to poach producers from his former employer, according to a Mediaite report.

“We are assembling a team of journalists and are considering a number of options as BillOReilly.com is quickly developing into a major enterprise,” O’Reilly told Mediaite.

O’Reilly and Miller’s Saturday appearance was the first of the duo’s “The Spin Stops Here” tour. Several more dates are scheduled, including shows in Baltimore; Tampa, Florida; Las Vegas and the Los Angeles area.

Originally, the tour was also supposed to include O’Reilly’s protégé Jesse Watters, a former producer on his program who has since become an on-air personality for Fox News. In May O’Reilly said on his podcast that Watters would still be featured during tour shows.

Since O’Reilly's ouster, he has been making weekly appearances on the radio program of Glenn Beck, a fellow Fox News alumnus.

During a June 16 segment on "The Glenn Beck Program," O'Reilly lashed out at The New York Times for incorrectly claiming that former Republican vice presidential nominee Sarah Palin had inspired a mass shooting.

"They are not a newspaper anymore. That's not a newspaper," O'Reilly said. "That's a far-left progressive journal that actually coordinates its coverage with far left-groups."