Carrie Fisher's daughter says "drug addiction" was the cause of death

As an autopsy reveals that the actor had cocaine in her system when she died. Her daughter asks for understanding 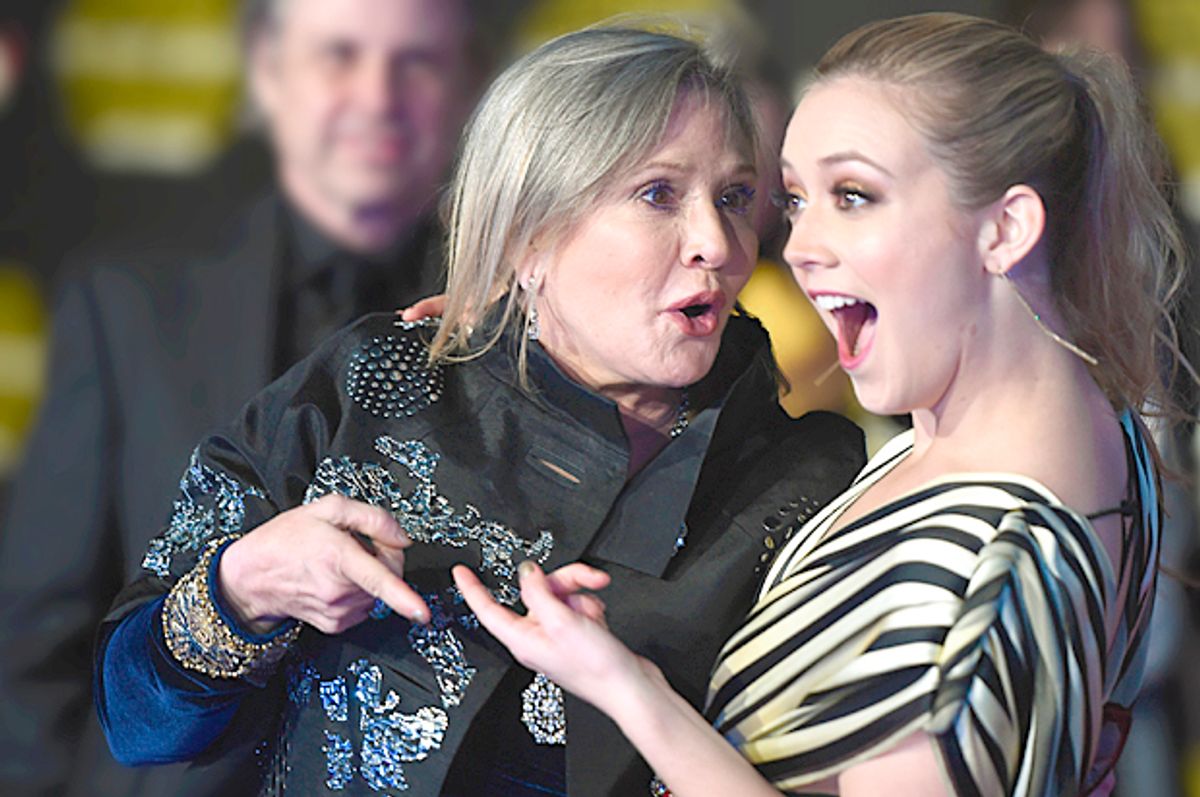 Following an autopsy report that revealed the presence of illicit drugs in Carrie Fisher's system at the time of her December 2016 death, the "Star Wars" actress' daughter Billie Lourd has released a touching statement to People magazine.

"My mom battled drug addiction and mental illness her entire life," wrote Lourd. "She ultimately died of it."

Lourd, who has been vocal about her mother's struggle with mental illness and drug addiction in the past, went on to say this:

She was purposefully open in all of her work about the social stigmas surrounding these diseases. She talked about the shame that torments people and their families confronted by these diseases. I know my Mom, she'd want her death to encourage people to be open about their struggles. Seek help, fight for government funding for mental health programs. Shame and those social stigmas are the enemies of progress to solutions and ultimately a cure. Love you Momby.

The autopsy report released on Monday by the Los Angeles County coroner's office revealed that Fisher may have used cocaine three days before her initial cardiac episode on Dec. 23, 2016. while on a flight from London to her Los Angeles home. She died December four days later at UCLA Medical Center.

As well, traces of heroin, MDMA and other opiates were detected in Fisher's system, but investigators have been unable to determine when she had taken them. Coroner officials attributed Fisher's death to sleep apnea and other various factors, such as the buildup of fatty tissue in her arteries.

The report said, “Ms. Fisher suffered what appeared to be a cardiac arrest on the airplane accompanied by vomiting and with a history of sleep apnea. Based on the available toxicological information, we cannot establish the significance of the multiple substances that were detected in Ms. Fisher’s blood and tissue, with regard to the cause of death.”