Jay Z's priceless Father's Day gift: This is how leaders should address injustices of mass incarceration 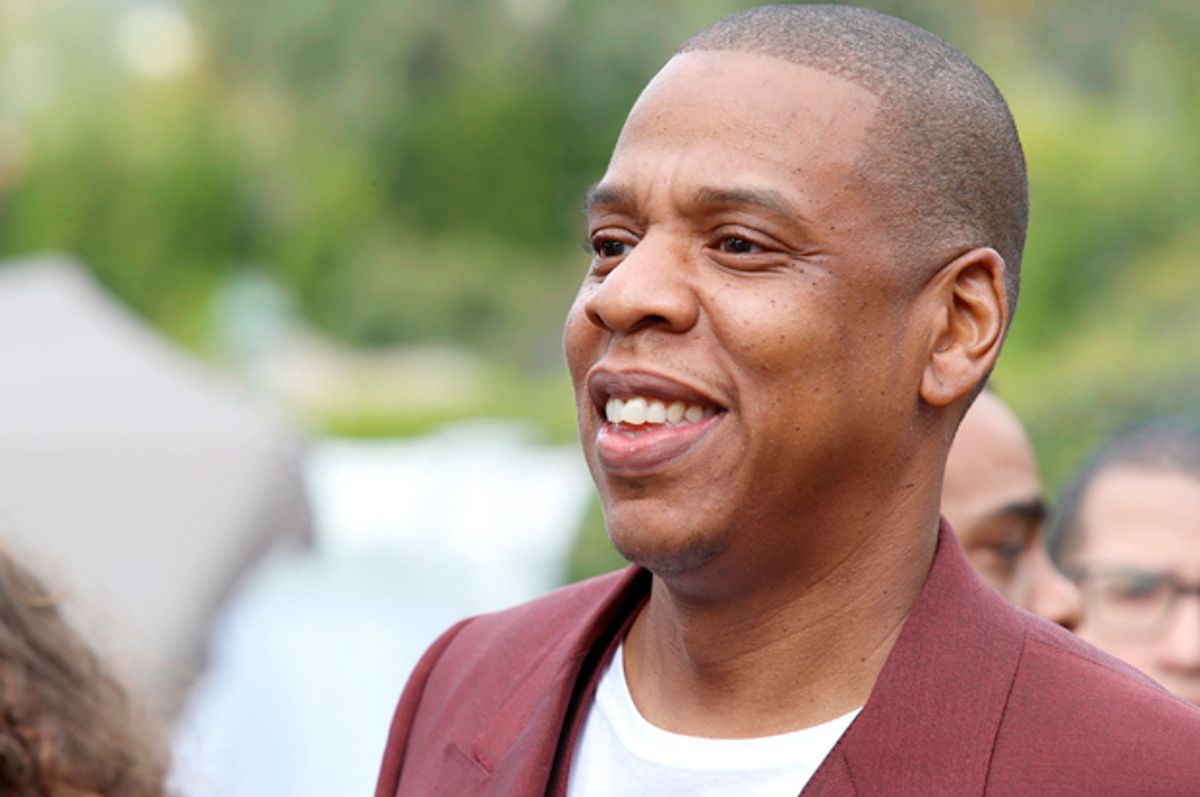 Jay Z was not talking about his watch, cars or money this past week; instead, the rap legend and recent Songwriters Hall of Fame inductee celebrated Father’s Day by bailing other fathers out of jail. And he's been talking about it, too. In an article for Time, the rap mogul wrote, “We can't fix our broken criminal justice system until we take on the exploitative bail industry.” While Jay Z has long been aware of how messed up the American criminal justice system is, working on telling Kalief Browder’s story strengthened his commitment to this personal mission.

“When I helped produce this year's docuseries, 'Time: The Kalief Browder Story,' I became obsessed with the injustice of the profitable bail bond industry. Kalief's family was too poor to post bond when he was accused of stealing a backpack,” Jay-Z wrote. “He was sentenced to a kind of purgatory before he ever went to trial. The three years he spent in solitary confinement on Rikers ultimately created irreversible damage that [led] to his death at 22.”

The series was extremely powerful and difficult to watch at times; it delivered, however a narrative that many of our leaders need to understand if they want to be serious about making change. And at a recent fundraiser for a Baltimore-area politician, I saw how far we still have to go.

“The numbers are down!” a representative for the politician claimed. “Reported incidents of police violence decreased 15 percent.”

I scratched my head and continued to listen. He tossed around a few more numbers that sounded like numbers. People clapped because people love statistics. I just left. On the ride home, the idea of a decrease in police beatings bounced around in my head­­. Sure, I don’t want anyone to be beaten by a cop. Lower numbers sound great. But isn’t one person one too many?

I’d really like to ask these leaders, “Have you ever been cracked in the head with a baton for no reason other than the color of your skin?” It really hurts, and it’s even more painful when you're innocent. I bet our members of Congress would be way more effective in fighting police brutality if they were in danger of getting cracked in the head once a day.

Civic leaders, both elected and self-appointed, often don't fully understand these issues because they don’t have proximity to people who live through these horrific acts. As a result, they don’t know or care about what people really need. Jay Z is well aware of these issues because his industry (rap) is full of people who come from neighborhoods that have understandably lost faith in our justice system. That proximity gives him a daily reminder of how racist America can be and a clearer understanding of what needs to be done.

“When black and brown people are over-policed and arrested and accused of crimes at higher rates than others, and then forced to pay for their freedom before they ever see trial, big bail companies prosper,” he wrote. “This pre-incarceration conundrum is devastating to families. One in 9 black children has an incarcerated parent.”

Politics and policy often becomes too confusing for us common folk. We normally don’t have a seat at the table and those of us who make it far enough to join the conversation seem to forget about the ones we're supposed to be representing. Jay Z is everything a leader should be. He doesn’t just talk about what other leaders should be doing; instead, he puts his money and time into projects like "The Kalief Browder Story" and op-eds like this New York Times piece that explains how horrible the war on drugs is. Now he's reuniting families.

The next time you hear a person dragging Jay Z or hip-hop in general for the culture, lyrics and messages they probably don’t understand, tell them what a brilliant rapper like Jay Z is doing to save families, educate the people and permanently change the narrative between poor people of color and the criminal justice system. Then ask them, “What are you contributing?”