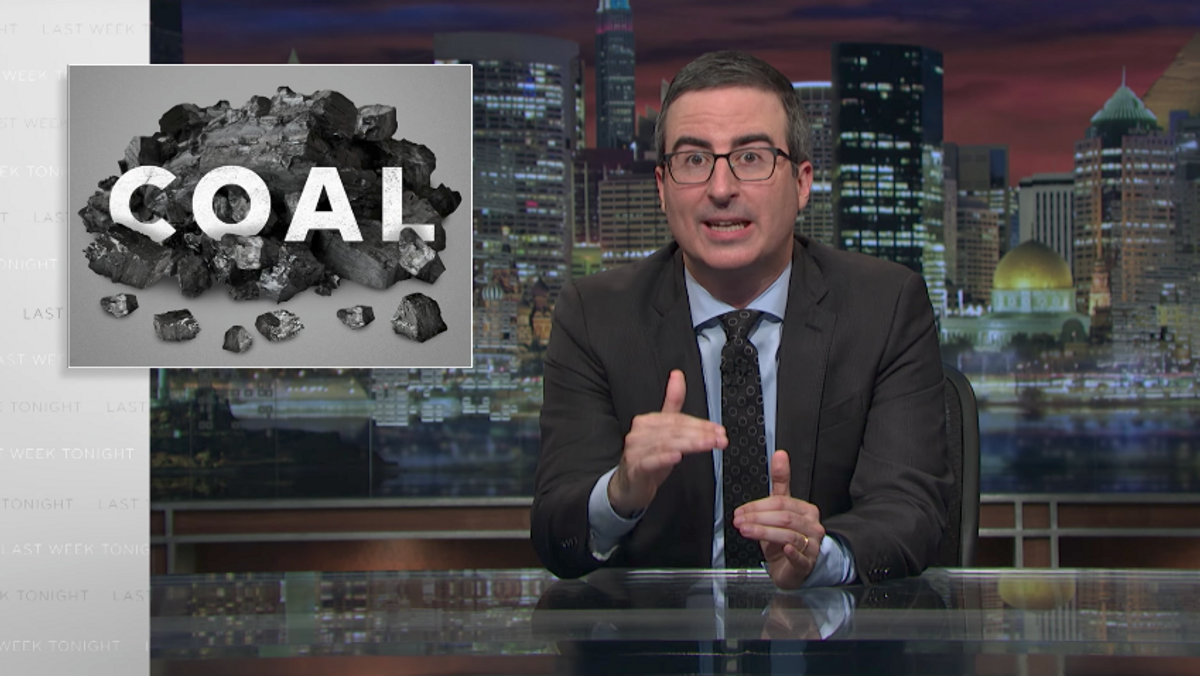 President Donald Trump has spent a lot of time talking about the ways in which he will help the long decline of the coal industry.

On Sunday's "Last Week Tonight," host John Oliver discussed how Trump's rhetoric about bring back coal mining jobs is not only dishonest, but that he may not even understand what a miner actually does.

"He may very well think it’s running up to things he wants and yelling, 'mine!',"Oliver joked.

Despite EPA Administrator Scott Pruitt touting an astronomical number number of jobs having been created since Trump took office, Oliver pointed out that the president has actually created roughly 1,300 coal jobs. But the industry as whole only employs about 76,000 and Oliver pointed out that retail store JC Penney, despite being on the verge of bankruptcy, employs 114,000 alone. However, as Oliver noted, coal mines "are central to the community" in areas in which they are concentrated.

Former President Barack Obama has been relentlessly bashed and held responsible for his "war on coal" even though the industry has been declining for decades, Oliver explained. "I'm not saying that Obama's regulations had no effect, but researchers have found that they had very little impact relative to other factors," Oliver said. Drops in natural gas prices have had a major impact while growth in renewable energies and automation have also affected the coal industry. As an example Oliver said that the Kentucky Coal Mining Museum is solar powered, which is like "finding out the Rock and Roll Hall of Fame was brought to you by Smashmouth," Oliver joked.

One of the biggest threats, Oliver said, was coal company CEOs that oversimplify the situation in us vs. them terms, and do little to actually protect their employees. Oliver focused on Bob Murray, CEO of Murray Energy who gave himself a raise while taking away health and life insurance benefits from his employees. Murray's lawyers sent Oliver a cease and desist letter prior to the show airing.

"Trump needs to stop lying to coal miners, we all do," Oliver said. "An honest conversation about coal and its miners needs to be had, and we should neither cease or desists from having it."