The trend of racist, threatening incidents outside cultural institutions in the nation's capital continues 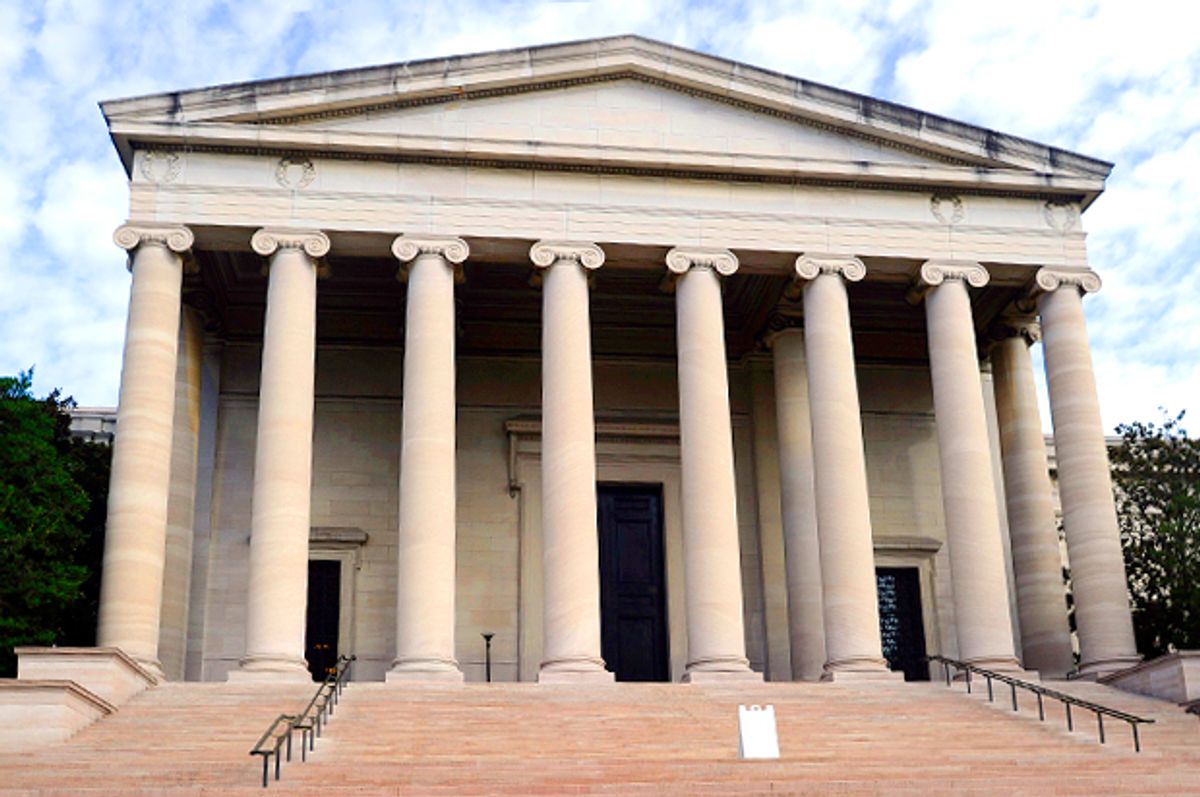 According to the National Park Service, a noose was discovered near the National Gallery of Art in Washington, D.C. last Saturday. No details were given by authorities as to who might have placed it. Officals say that it was found hanging from a lamppost and may have been there for several days.

In recent months, two other nooses have been found at D.C.-area museums. One was found inside the National Museum of African American History and Culture on May 31. The week before, another was found hanging from a tree outside of the Hirschorn Museum, a modern art facility also in downtown Washington. No perpetrators have been identified in those acts of vandalism either. It's not clear if any of the incidents are related.

Historically, nooses have been used to intimidate black Americans by invoking the tradition of the once-common practice of racially motivated lynchings.

American University, located in northwestern Washington, has also been targeted by noose vandals. According to school officials, nooses were found in three separate campus locations. Some of them had "AKA" on them, a reference to Alpha Kappa Alpha, a sorority that is predominantly black. Others referenced Harambe, a gorilla that was killed by the Cincinnati Zoo last year. Overall, similarly racist vandalism and statements have surged following the election of President Donald Trump in 2016.

The noose incidents have become the subject of mirth within the white nationalist groups who call themselves the alt-right. No one appears to have taken responsibility for them. Others have claimed, without evidence, that the noose placements were being done to make right-wingers look bad.

Founded in 1937 and free of charge to the public, the National Gallery of Art offers a broad collection of work ranging from Medieval European examples to contemporary, of-the-moment pieces. While the majority of artists represented by the museum are white, the collection is by no means homogenous in origin. Currently, the National Gallery is hosting an exhibition of work by the African-American artist, Theaster Gates.