WATCH: Why Oliver Stone is telling Putin's story: "He is not an enemy of the United States"

The director of the new "The Putin Interviews" says in Russia-phobic America, people aren't getting the full story 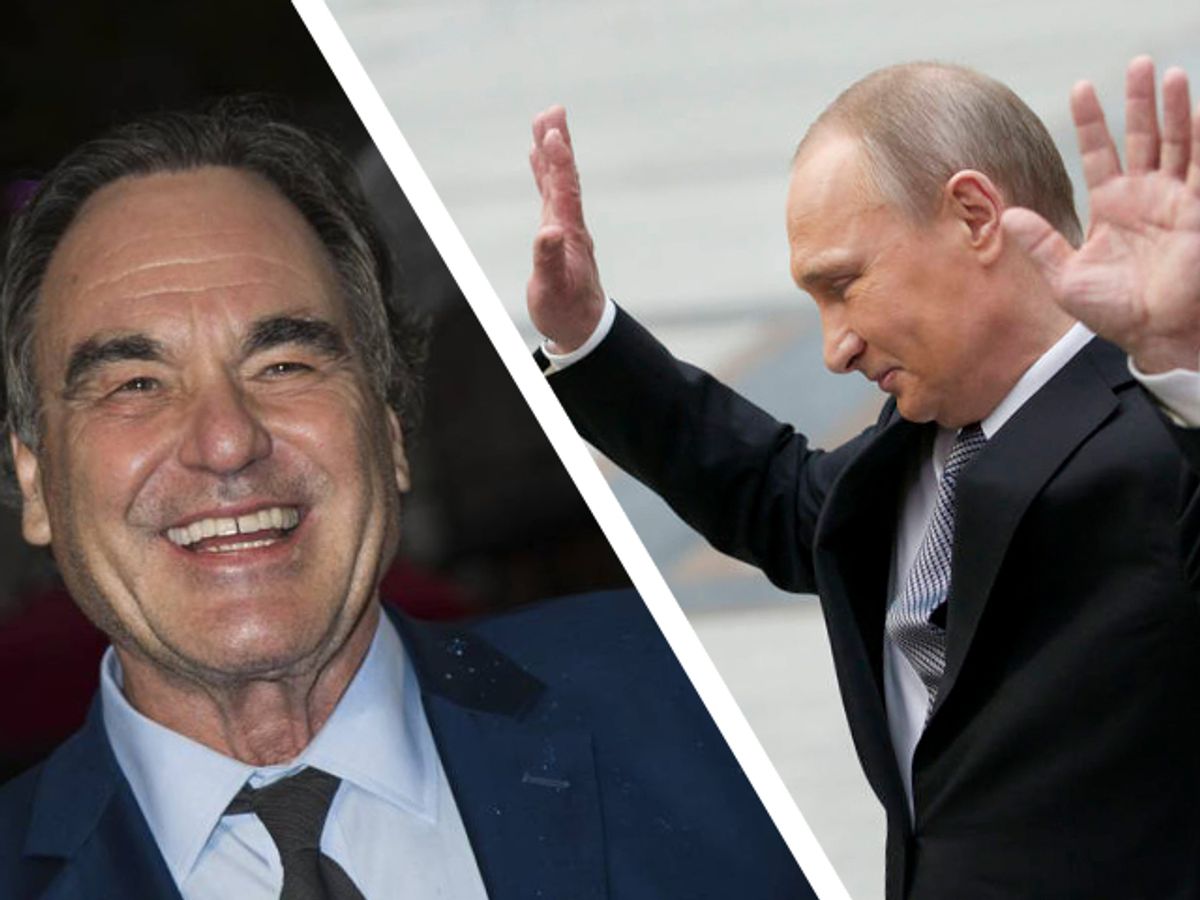 Lost in ever growing swirl of news stories about the investigation of President Donald Trump is the question mark surrounding President Vladmir Putin and whether he hacked the 2016 U.S. election. Academy Award-winning director Oliver Stone sought to get to the heart of that question in his new Showtime docuseries "The Putin Interviews." For a Salon interview this past weekend, Stone talked to me about his new series and book, also called "The Putin Interviews" and published by Skyhorse Press.

In America Putin is often portrayed as a cold, polarizing supervillainish character who hates our country. Yet Stone gained an access to Putin that most journalists can't even begin to comprehend and quickly established a relationship with him so as to show his human side: Putin took up ice skating at the age of 62, works out every day and studies judo. The son of a factory worker, Putin has a real rags-to-riches backstory.

His rise to power struck me as a great coming-up story. A lot of people have these ideas of Putin and who he is. But I thought his tale is like an America story so I asked Stone about that.

How is Putin's bootstrapping story similar to American ones?

Well all stories follow a similar pattern. But he's a different kind of person. He's a Russian. His story is a Russian story and it's about Russian national interests. And he is a son of Russia and he's devoted to Russia and he is not an enemy of the United States as is often pictured and that’s part of the reason we made this documentary to explain him and explain what his positions are and show you, the viewer, that the United States has not been reporting the full truth.

When you hear what he's saying . . . you begin to understand there are two sides to every story.

So many Americans are Putin-phobic. What should we know?

Well a lot of guys like him because he’s the bad guy on the block, a badass. Actually he’s admired in a lot of the world I have to tell you. The Arabic world, he's like No. 2 or 3. . . .  And in North Africa, you'd be surprised, he’s one of the most popular white politicians that exist in the world.

Catch the rest of our conversation on Salon to see what Oliver Stone thinks Americans should know about Russia.