What's the difference between yoga and pilates?

We know you have questions and that's okay

By The Fresh Toast Staff 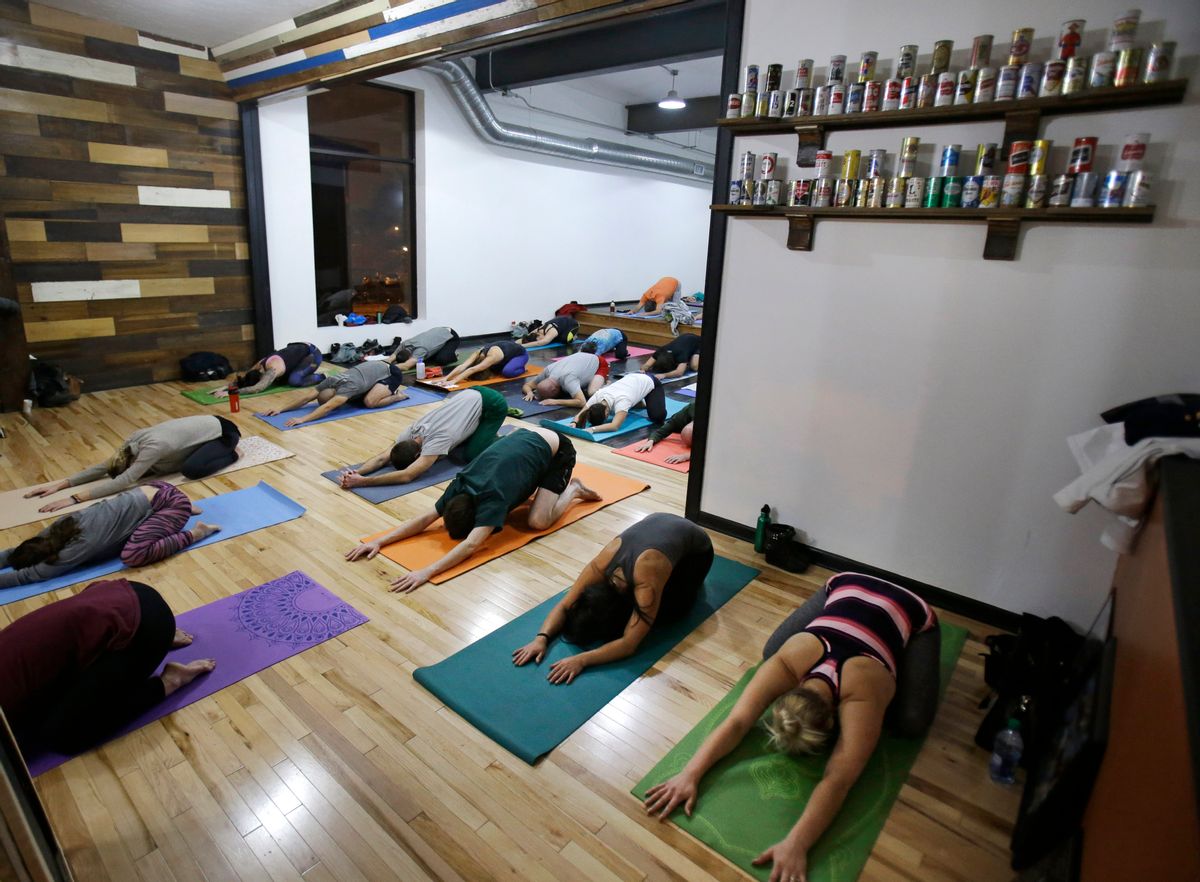 Throughout human history, there have been a few consistent Big Questions that remain unanswered: What’s the point of life? Is there a God? What happens when we die? There are also some Big Questions that have only been recently answered, like: What’s the difference between yoga and pilates. Read on to find the answer to that question (please email for our musings on the other Big Topics).

At first glance, there doesn’t appear to be much of a difference between the two. Google’s default dictionary defines pilates as “a system of exercises using special apparatus, designed to improve physical strength, flexibility, and posture, and enhance mental awareness.” The same dictionary defines yoga as “a Hindu spiritual and ascetic discipline, a part of which, including breath control, simple meditation, and the adoption of specific bodily postures, is widely practiced for health and relaxation.”

From this we can gleam that one principal difference between the two is yoga seems to rely only on your body where as pilates sometimes uses “special apparatus.” But is that all there is to it? Let’s investigate further.

EnergyPilatesFitness.com highlights the same difference between the two workouts.
“Pilates has many of the same goals in mind but the major difference between Pilates and Yoga is that in addition to mat work, there can be different exercise machines involved.” they write.

Chopra.com notes another contrast, writing that the “biggest difference between the two is the emphasis on the spiritual component in classes.” They add: “Outside of Yoga-laties, most Pilates classes don’t offer an obvious spiritual experience, however, Pilates may be a great starting point or compliment for a yoga practice.” Chopra also argues that pilates might be a better choice among people who prefer “more structured” workouts.

Active focuses on three key differences: origin, “mind, body, and spirit,” and the class. Yoga is an Hindu practice that began more than 5000 years ago while pilates was started in the early 20th century by Joseph Pilates. Like Chopra, Active emphasizes the inclusion of a spiritual element in yoga that pilates lacks. Active also notes the more rigid structure of pilates class.

So there you have it: If you’re looking for a flexible, more spiritual workout that doesn’t require any special equipment, yoga is for you. But if you want something a little more rigid, with very specific classes, and you are more concerned with end results than a sort of spiritual process, then you should check out pilates. Of course, you could also practice the two together and get the best of both worlds.

By The Fresh Toast Staff

MORE FROM The Fresh Toast Staff