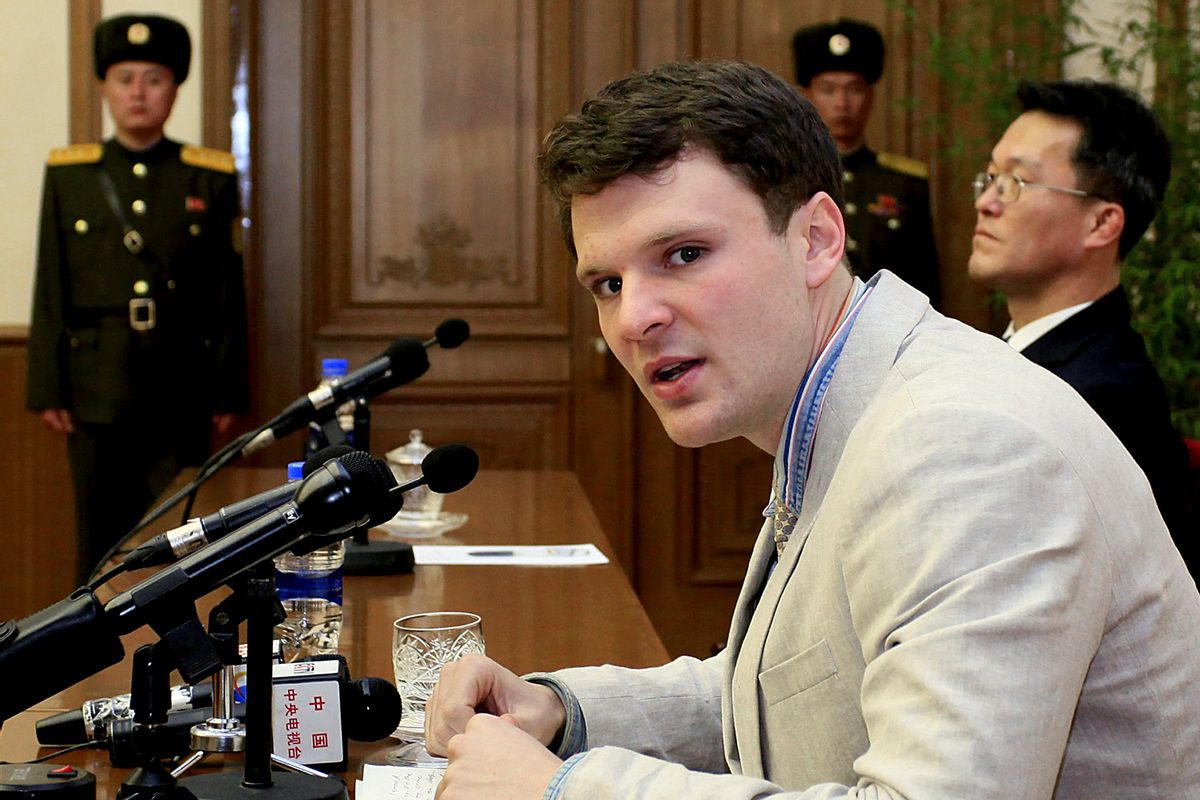 The tour company that provided American Otto Warmbier entry into North Korea will no longer take U.S. citizens to the isolated country.

Young Pioneer Tours announced in a statement Tuesday that the tragic death of Warmbier has raised the risk for Americans visiting North Korea.

"Our deepest sympathies are with Otto Warmbier and those who loved him," the tour company said in a statement. "We had held onto hope that he might recover, and have the life that he should have had, but now those hopes are gone, and we too are reeling with the shock of a young man's life taken well before his time."

"The devastating loss of Otto Warmbier's life has led us to reconsider our position on accepting American tourists," the statement continued. "There had not been any previous detainment in North Korea that has ended with such tragic finality and we have been struggling to process the result. Now, the assessment of risk for Americans visiting North Korea has become too high."

In May, the U.S. State Department warned Americans against traveling to North Korea because there was a serious risk of detainment for a long period of time. The State Department said that the North Korean government imposes "unduly harsh sentences" for actions that would not be considered crimes in the U.S. Warmbier was jailed for taking a poster without permission.

Young Pioneer Tours has updated its website to include a FAQ page about the safety of traveling to North Korea.

"The way [Warmbier's] detention was handled was appalling, and a tragedy like this must never be repeated," the tour company's statement concluded Tuesday. "Despite constant requests, we were denied any opportunity to meet him or anyone in contact with him in Pyongyang, only receiving assurances that he was fine. There has still been almost no information disclosed about his period in detention. Considering these facts and this tragic outcome we will no longer be organizing tours for U.S. citizens to North Korea."