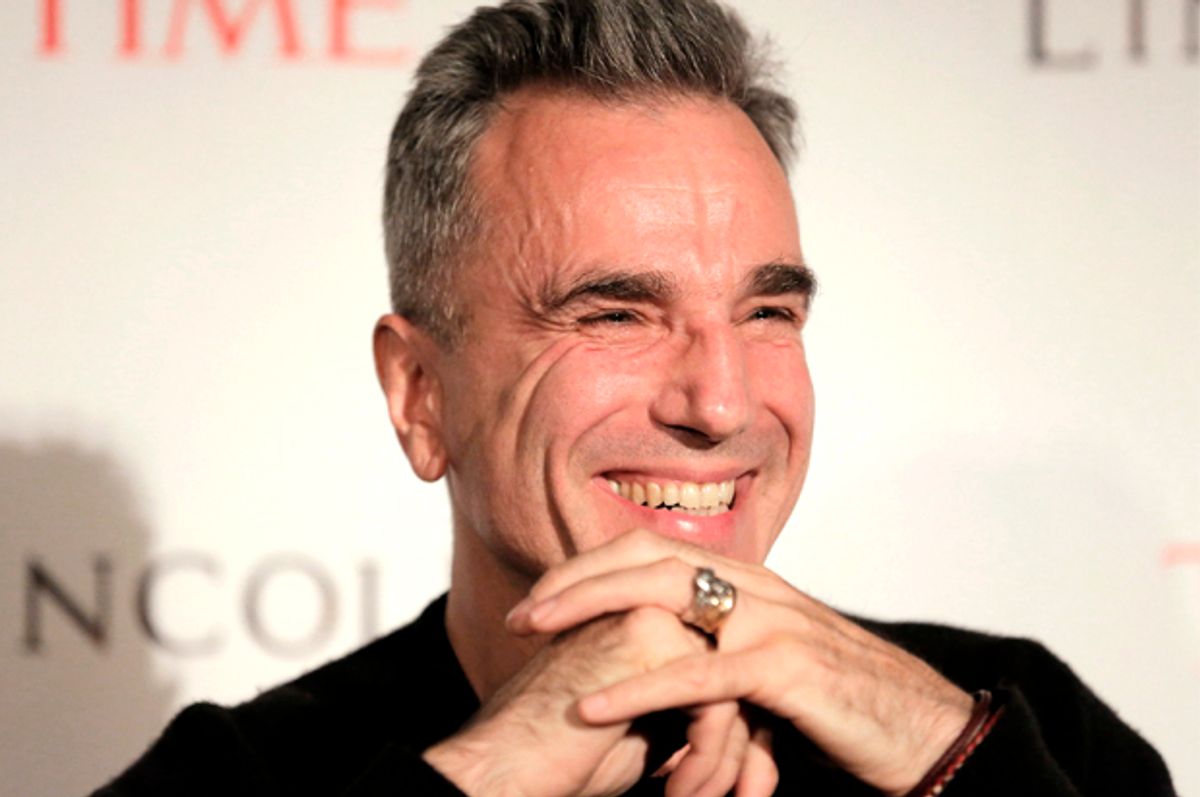 According to a statement from his representatives given to Variety, Daniel Day-Lewis has retired from acting.

Through the statement, Day-Lewis spokesperson Leslee Dart told the publication, "Daniel Day-Lewis will no longer be working as an actor. He is immensely grateful to all of his collaborators and audiences over the many years." Dart's statement continued "This is a private decision and neither he nor his representatives will make any further comment on this subject." No further reason or rationale for the decision was given and Day-Lewis himself did not offer a comment.

If, indeed, this is the end of Day-Lewis' life as an actor, it brings to a close a career that spans 46 years and three Best Actor Oscars. In that span, the son of the former Poet Laureate of the United Kingdom transformed from a talented and strikingly beautiful face into perhaps our greatest, most idiosyncratic big-screen performer.

From his first uncredited role in the background of 1971's "Sunday Bloody Sunday" to the Oscar-Winning 1989 performance in "My Left Foot" that cemented him as one of his generation's best, most dedicated screen actors, Day-Lewis' early career was marked by engaging, often charming appearance in genres ranging from neo-kitchen-sink dramas ("My Beautiful Laundrette"), to historical epics ("Gandhi", "The Bounty"), to prestige romance ("A Room with a View", "The Unbearable Lightness of Being").

After heating up screens and box offices with his rare action-star turn in 1992's "Last of the Mohicans," Day-Lewis offered up a long string of probing, arresting performances in often grueling roles, "In the Name of the Father", "The Boxer", "The Gangs of New York" and "The Ballad of Jack and Rose" among them.

He won two more Oscars for Best Actor, one for his brilliant, frightening turn as Daniel Plainview in 2007's "There Will Be Blood" and as the titular character in 2012's "Lincoln". He remains the only performer to ever win three Academy Awards for Best Actor.

Whatever the actual reasons for Day-Lewis' retirement, its sudden, puzzling nature is very much in step for the 60-year-old English-born actor. Day-Lewis is famous for ducking the spotlight and taking years between roles to either prepare for his performances or pursue interests off the screen (shoemaking among them). He's also dived so deep into his characters through his particular method approach that even some of his own co-stars couldn't say if they'd ever really carried out a normal conversation with him on set.

Day-Lewis will next appear in Paul Thomas Anderson's "Phantom Thread," his second collaboration with the director, which is already in post production and due out on Christmas this year. Variety reports that "Day-Lewis intends to help promote the movie, according to a person familiar with his plans."