Amid a nation crippled with political violence, the rich remain secluded and safe to live their lavish lives 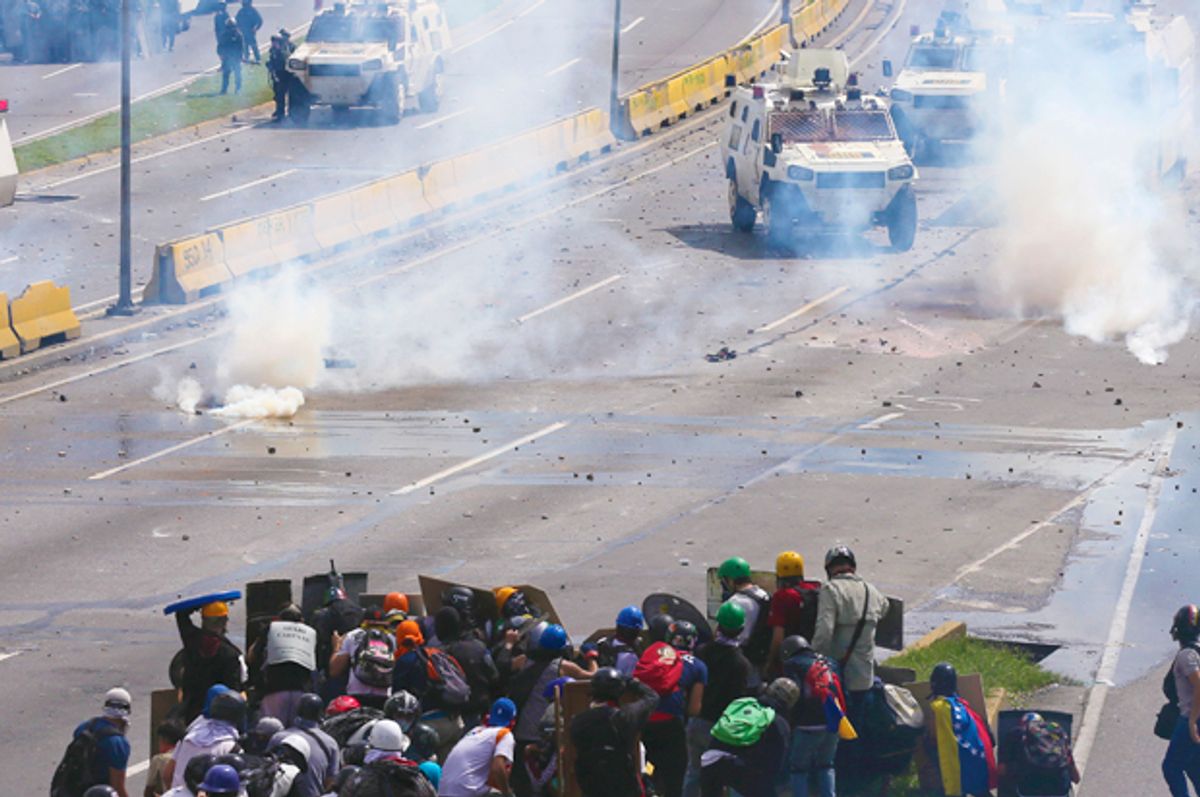 The majority of Venezuelans are struggling to survive as the country has become engulfed in "poverty and political violence" but this only applies for some. The wealthy minority still sip cocktails, enjoy nights at the bar and eat sushi as they live unfazed by the turmoil outside their walls.

"You can have as good a time here in Caracas as in New York, Dubai or Saint Petersburg," Cristhian Estephan, one of the owners of Buddha Bar said, according to Agence France-Presse. The bars are part of an international nightclub chain and the first of its kind opened up in the nation's capital, Caracas — "one of the world's most violent cities," according to the wire service.

There are widespread protests against President Nicolas Maduro throughout the country, but the rich are able to escape the realities of political failures and carry on with life as if nothing were happening. "By day we throw stones and by night we come here,"Ahisquel, a customer at Buddha bar, said. Ahisquel explained that she and her husband, an oil executive, participate in some of the protests but also spend time at the bar once a week.

"After the protests it is good to have a moment to relax — though we'll never relax until this government is gone," she said, according to AFP. Her husband said life for ordinary Venezuelans is "very difficult" due to the spike in inflation rates. "In this country, if you are not paid in foreign currency, it is impossible to live."

AFP gave this account of the life of well-to-do Venezuelans:

Many rich Venezuelans have left the country for Miami, Los Angeles or Madrid since Maduro's predecessor Hugo Chavez launched his socialist "revolution."

But some of them like Lorenzo Mendoza — Venezuela's richest man and the owner of Polar, the country's largest food company — are content to stay.

Most people fear for their lives on the streets of Caracas at night. The country is home to "one of the highest annual murder rates in the world: 70 for every 100,000 people last year," AFP reported.

But that hasn't stopped wealthy individuals from enjoying a lavish lifestyle in bliss. "The upper classes have not stopped going out," Estephan said. "Even in the worst of times, people meet, get married, eat. The show must go on."