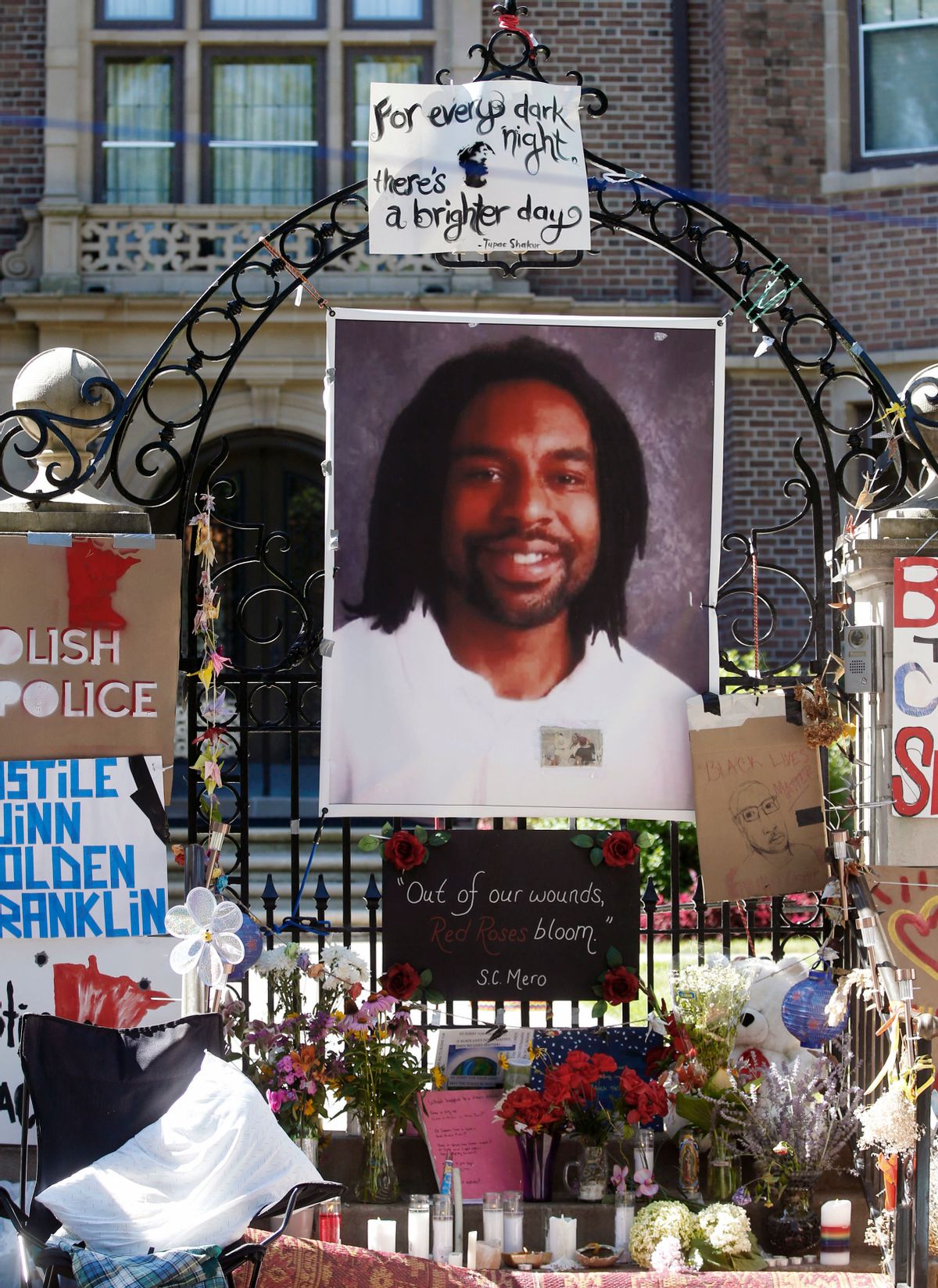 FILE - In this July 25, 2016, file photo, a memorial including a photo of Philando Castile is attached to the gate to the governor's residence where protesters demonstrated in St. Paul, Minn. Attorneys for Jeronimo Yanez, the Minnesota police officer accused of fatally shooting Castile say Castile's gun was accessible and that he was reaching for it when he was killed. A memo filed Tuesday, Feb. 7, 2017, in Ramsey County District Court contradicts prosecutors' claims that St. Anthony Officer Yanez didn't see the weapon and made conflicting statements about it. (AP Photo/Jim Mone, File) (AP)
--

What appears to be a routine traffic stop spirals out of control within seconds of the officer learning that Castile was in legal possession of a firearm. Previously, the only footage of the incident made public was from Castile's girlfriend, Diamond Reynolds, who filmed the incident with her cellphone via Facebook Live just moments after Castile was shot.

"Sir, I have to tell you that I do have a firearm on me," Castile is heard saying in the new video just 30 seconds into the encounter.

Minnesota police officer Jeronimo Yanez replied with "okay," as he shifted his hand towards his gun. "Don't reach for it then," he said. Castile then told the officer that he was not pulling out his firearm.

Last week, Yanez was acquitted of all charges by a jury, after which thousands took to the streets of Minnesota to protest the ruling. According to the Post, Castile was among 963 people killed at the hands of law enforcement last year.

"Details from the recording were revealed in court documents and during the trial, but they were not publicly visible in the same way as Reynolds’s viral Facebook footage. The dash-cam video does not clearly show Castile’s movements inside the car," the Post reported. Seconds after the shooting, Castile's four-year-old daughter exits the car.