New statements suggest that, yes, the extended Crawley family and servants are returning. Air horns all around 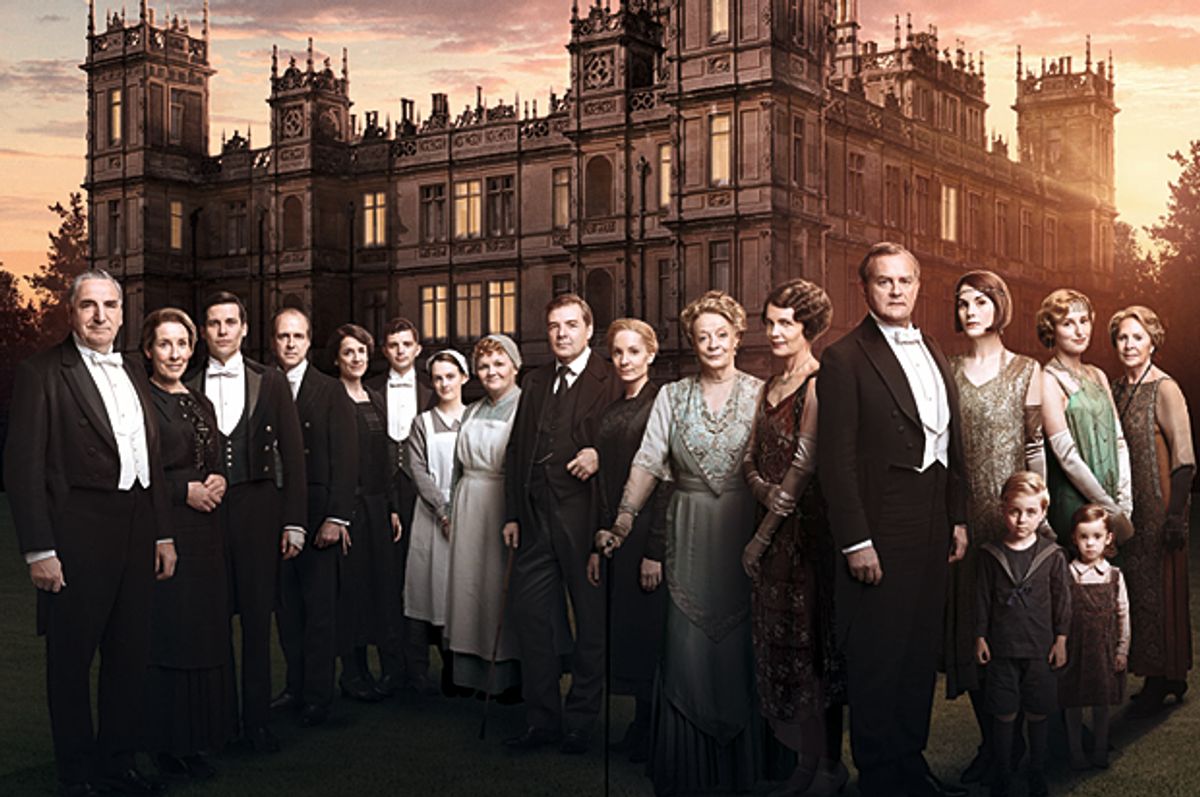 New statements from an NBC executive suggest that "Downton Abbey," the deeply beloved ITV series about a English manorial family and its servants set in the early 20th century, may indeed be returning in movie form. "Downton Abbey," which ran on British television and stateside on PBS from 2010 to 2015, remains one of the most popular productions for both those networks.

Michael Edelstein, president at NBCUniversal International Studio, told a reporter, "There's a movie in the works." Edelstein said, "It's been in the works for some time" at Wednesday's opening of "Downton Abbey: The Exhibition," in Singapore. The exhibition, which has been touring the world, is a collection of costumes and artifacts from the show.

Edelstein continued, "We are working on getting the script right and then we've got to figure out how to get the [cast] together. Because as you know, people go on and do other things. But we're hopeful to make a movie sometime next year."

If true, Edelstein's comments would confirm what many people in and outside the entertainment industry have predicted and wanted for years. While few, if any, have believed that the show would ever return as an episodic series, rumors and prayers for some kind of movie (be it on the big screen or the small) have circulated almost since the finale of "Downton Abbey" a year and a half ago.

To throw just a bit of water on these dreams, however, were statements from the cast at that very event suggesting they knew little about the project. Laura Carmichael, who played the long suffering Lady Edith Crawley told a reporter, "Well, tell my agent, because we're still waiting to know. We're hoping that will happen soon."

Daisy Mason actor Sophie McShera echoed that with the statement, "Oh, well you've got confirmation before us. We have no idea if that's happening. . . . But we would all love to be part of the film if it was to happen, for sure."

Even series creator Julian Fellowes was far more cautious than Edelstein: "I think we've got a film in us," Fellowes said. "I hope it happens."

As of publication, no official statement from NBCUniversal International Studio, Carnival Films, ITV or any other major stakeholder in "Downton Abbey" has surfaced. Nonetheless, Edelstein's mark the closest to the confirmation that many have waited for to this date. The takeaway? There is more reason than ever to be hopeful for a return to the Crawley estate.