"Landline" review: '90s nostalgia with a side of modern messiness

In her second feature, Gillian Robespierre handles infidelity as deftly as she handled abortion in "Obvious Child" 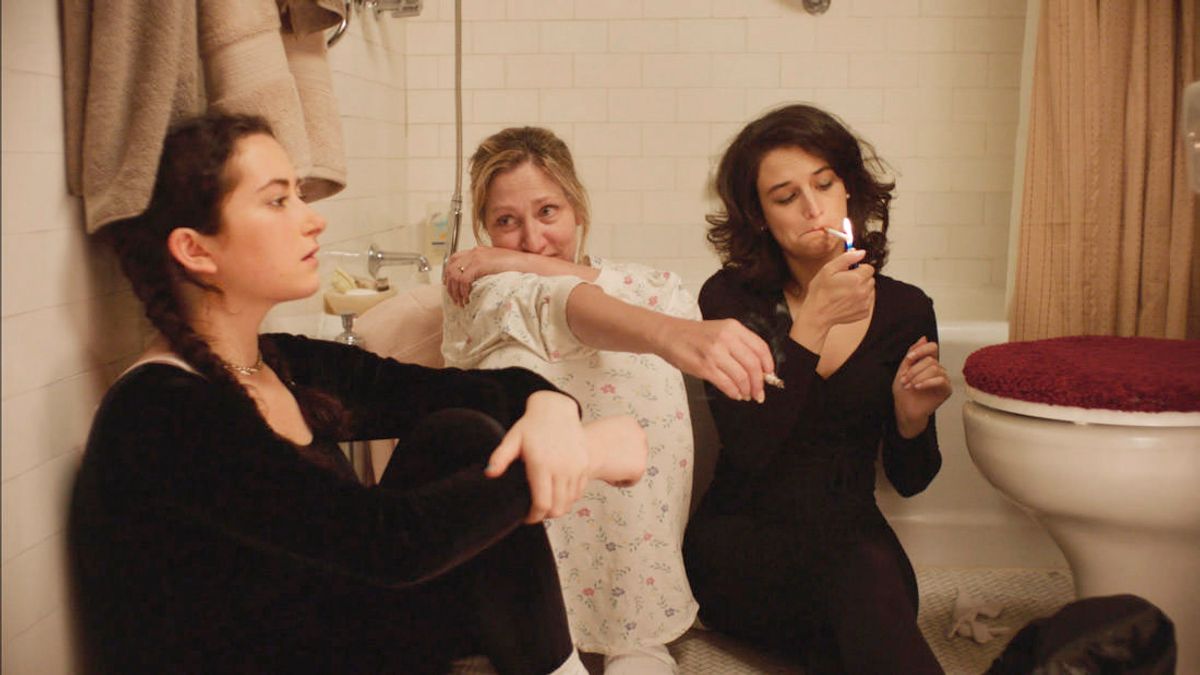 If you’ve seen Gillian Robespierre's debut feature, “Obvious Child,” the opening scene of her follow-up, “Landline,” might cause as much fright as laughter. “Oh no!” you might think. “Use a condom!”

When the film begins, it’s Labor Day weekend in 1995. Jenny Slate, who this go-round is "Dana" not "Donna," is in the middle of the woods, sandwiched between a tree and her half-naked fiancé Ben (Jay Duplass of "Transparent"). As they hump away, it’s unclear whether they’re using protection (and I don’t mean from bugs or poison ivy). It’s soon revealed, though, that the only mess their awkward attempt at woodland romance will create will be on Ben’s pants.

So, no, “Landline, ” which was screened at BAMcinemaFest this week and will play in select cities starting on July 21, is not another abortion comedy. This time, Robespierre has a different taboo to tackle: infidelity.

It being the 1990s — and yes, it seems we may officially be entering the age of '90s period pieces — the cinematography is grainy like an old VHS tape, men wear their hair parted down the middle like Bobby Briggs and everyone is fantastically sardonic like Troy Dyer. To wit, Dana’s moody teenage sister, Ali (Abby Quinn), says, “God, it smells like a K.D. Lang concert back here,” when the family drives its boxy old Volvo to its home in Manhattan after a weekend in the country. (She’s referring to Ben’s pants.)

Besides giving the film an aesthetic, the period setting also allows Robespierre to have lots of fun with props. As the movie’s title implies, phones have cords. But that’s not all: People make calls in pee booths, they Rollerblade, they frequent CD shops (where they buy music) and they store the love poems they write to their mistresses on conspicuously labeled floppy disks.

Robespierre’s ’90s are full of charm, but this isn’t the good ol' days. The director has a sort of aversion to simplicity. She reminds us that, yes, life was just as complicated and altogether bunk well before the days when we spent lunch at our desks drowning in feeds of fake news, cats and quizzes about which ’90s sitcom character we most resemble Not one to look at the past as halcyon, Robespierre is bent on depicting it in all its glorious messiness.

To that point, when Ali gets home from a rave one night she hops on the family computer, inserts a floppy disk lying on the desk and finds the poetry her father Alan (John Turturro) has been writing to a mysterious lover. As if the revelation that her father is having an affair weren’t bad enough, Alan refers to himself in verse as the Pillsbury Doughboy, a cringeworthy attempt at double entendre.

No matter how twisted things become for this family — and Alan isn’t the only one who will be unfaithful — humor is always lurking. Jokes are a natural shield and respite for the various members of the family, at times to mask hard truths and at times communicate their anger and resentment. Wrapped inside a joke can be coldness and warmth, love and fury.

The humor works because Robespierre parcels it out sparingly, at all the right (and wrong) moments, and because all the actors have serious chops. In other hands, Edie Falco’s character, the strict, Hillary Clinton-idolizing mother, might be rendered a shrew. Instead, she's allowed to be witty and delightfully foulmouthed.

With “Landline,” Robespierre once again proves herself to be one of the funnier filmmakers working. Just as important, she proves herself to be one of the more empathetic directors out there. As gross and hilarious as the Pillsbury Doughboy’s couplets may be, Alan is neither evil nor pathetic. He’s a loving father who, feeling unappreciated by his wife, enjoys being with someone who accepts him, bad verse and all. He’s an imperfect human in an imperfect relationship who makes an unfortunate choice.

Which isn’t to say Robespierre excuses infidelity. Without taking a holier-than-thou stance, she makes clear her rejection of the notion that humans are sexual creatures incapable of monogamy. This is the way it is, but it’s not the way it has to be. There are hopeful notes amid all the heartbreak, perhaps none more promising than the prospect of what taboo Robespierre might humanize next.