Freelaura.com, which solicits donations for Laura Loomer's defense, was set up prior to her protest 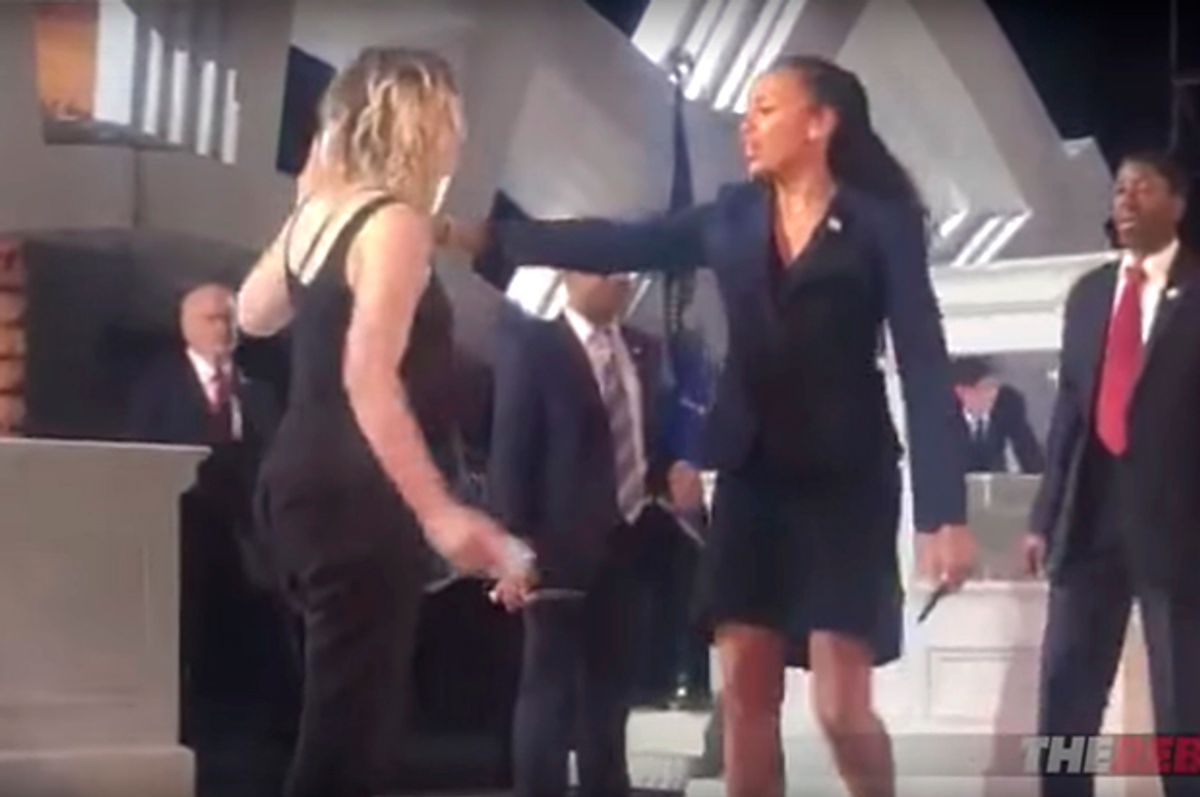 When a protester rushed the stage to disrupt the Public Theater's controversial production of "Julius Caesar," she instantaneously became an online sensation for the so-called alt-right. Soon after, Laura Loomer began soliciting donations to help fund her legal defense expenses after being arrested and charged with misdemeanor trespassing and disorderly conduct.

It appears that was her plan the entire time.

It appears that Loomer was prepared for the both the promotional and legal consequences of her actions.

Before the interruption, Loomer was apparently exchanging text messages with her "friend and fellow pro-Trump activist" Jack Posobiec. Posobiec was also at the theater that night, filmed Loomer's interruption and then also staged his own protest moments after Loomer's.

Seated separately from Loomer, Posobiec asked her if she was "here for the Cernovich contest?" according to the New Yorker. Posobiec was referring to a contest started by Michael Cernovich, a right-wing conspiracy theorist who has frequently been featured on Alex Jones' Infowars. Cernovich pledged to pay up to ten protesters willing to publicly protest the play. Loomer told Posobiec to "stay tuned" and, as reported in the New Yorker, she had thought of causing a disturbance during the production before Cernovich promoted his contest.

On June 16, the night she rushed the stage in the name of patriotism, Levant registered the domain freelaura.com, used to solicit donations for her legal defense fees, at 18:07:43 UTC or 2:07 p.m. EST — hours before Loomer would have even been inside the theater. The timing of freelaura.com's launch was first mentioned in a series of tweets by Josh Jordan, but has since been independently verified by Salon.

Loomer also promoted a WeSearchr page that has, at the time of writing this article, raised $12,385 from 241 contributors. It's pinned at the top of her Twitter page. Originally, the site's goal was set to raise $25,000. That goal has since been removed. The funds currently raised are substantially more than Loomer would need to pay given the normal penalties levied for the charges she is facing.

Since her stage crash, Loomer has been featured on Fox Business, interviewed by Sean Hannity (who praised her) and interviewed by Alex Jones on Infowars. The result has meant a boost to her personal brand and, it seems, a cash inflow to freelaura.com.