Power in the absence of money 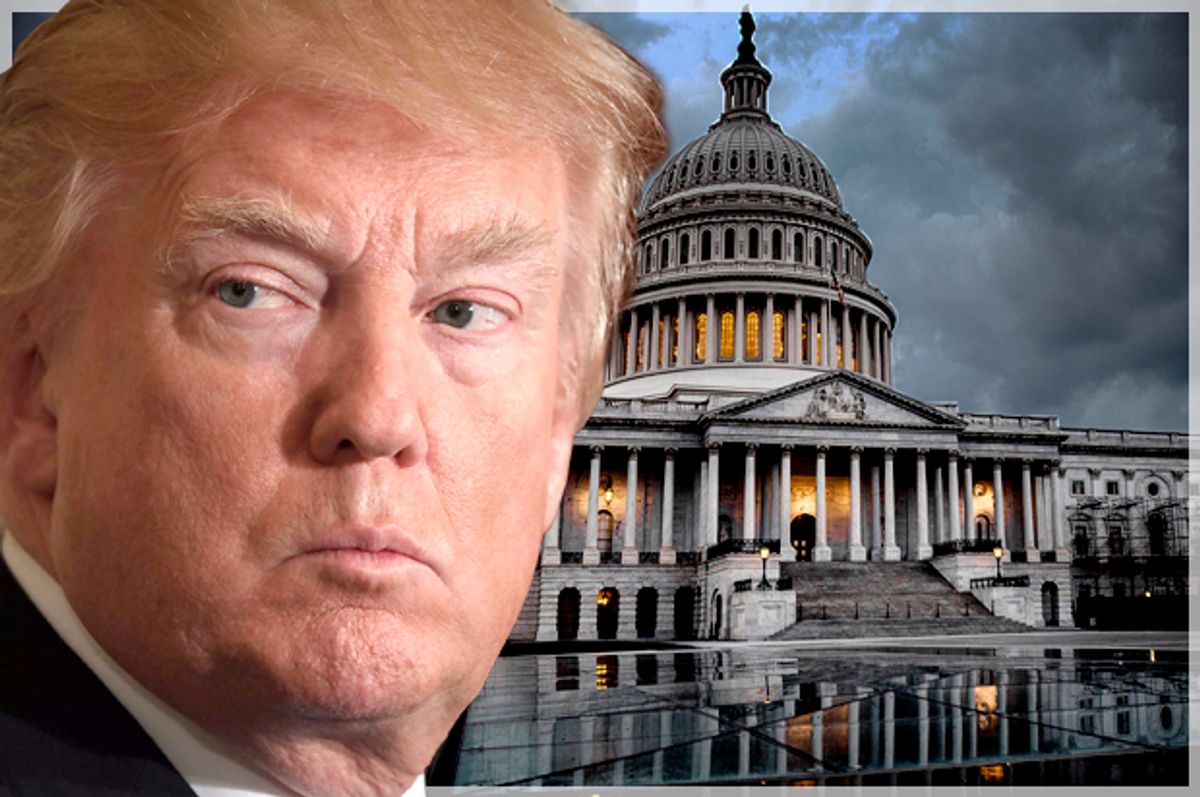 It was 6 a.m. on an icy November morning at Fort Carson, Colorado, when I learned the one thing that West Point had been trying to teach me for four years. It was getting light, and we had just gone through reveille formation, that ridiculous Army ritual whereby the whole company stands in formation at some ungodly predawn hour and a report is taken that everyone is present and accounted for — or maybe not.

Anyway, on this particular morning, the company commander had given the order that my platoon was to “police the area.” I had to get this motley crew to do something none of us, including me, wanted to do, which was to line up shoulder to shoulder and walk slowly through the barracks area picking up cigarette butts, Coke cans, candy wrappers, anything on the ground that wasn’t dead grass, rocks or dirt.

It was a typical Colorado winter morning. The temperature was somewhere south of freezing and a stiff wind was blowing in from the eastern slope of the Rockies straight down the collars of our field jackets. We’d been out there maybe 10 minutes; already I could feel my toes freezing in my combat boots, and I knew the whole platoon was just as cold as I was. There I stood, confronting 30 sleepy, pissed-off, grossly underpaid infantry soldiers, about half of whom were just back from Vietnam, and the other half on orders to go there. So how do you do it? How do you convince these unwilling crapped-on soldiers to spend the next half hour bending over and picking up trash in the freezing cold?

You can’t entice them with extra money. Armies don’t give raises. Nor can you threaten the lot of them with some form of punishment, like confinement to the barracks or reduction in pay. Too many of them to punish all at once. You had to get them to do this shit detail using neither carrot nor stick. You had to “motivate” them. You had to make them want to walk around in the freezing cold picking up cigarette butts because you told them to. You had to use that secret they passed along from men to boys up there on the Hudson. You had to exercise power in the absence of money. After that shit detail was over, you could retreat to the warmth of the mess hall and have some breakfast and then you could move on to the next fascinating shit detail the Army had in store and do it all over again.

This is a puny example, but in combat leaders must similarly exercise power in the absence of money because you can’t offer soldiers a raise to charge a machine gun position or threaten them with prison for failing to take a hill or conquer an enemy. If you could, our national coffers would be empty and our prisons full because we haven’t conquered an enemy in seven decades.

Donald Trump, who never chanced upon a dollar he didn’t want to jam into his own pocket, has no understanding of power in the absence of money. Apart from the man’s penchant for lying, his unearned festering resentments and instinct to corruption, this essential failing is at the heart of many of his problems since arriving in the White House five months ago. Washington is a place that prizes power just as much as Trump’s hometown does, but measures it differently. At two ends of Pennsylvania Avenue stand centers of power measured in votes and the money necessary these days to amass them. In between, there is the government where power comes, in measures large and small, to those who wait.

To lead the nameless, faceless horde that actually does the work of the government, Trump appointed a Cabinet of billionaires and battering rams. He appointed the billionaires because he understands them and sees their business instincts as disruptive to government. He appointed the battering rams because he apparently believes if you pound on something long enough, you will diminish it. In neither case have his hopes borne fruit. His billionaires are so clueless about the ways of government that the news is filled daily with their malapropisms and fumblings at managing departments and workforces they have no knowledge of.

His sledgehammer secretaries are similarly flummoxed. If they’re not giving clueless speeches and being either ignored or laughed at like Perry, Pruitt, Carson and DeVos, they are maligning the people who work for them, which is a little like having a breakdown on the highway at midnight and yelling at the tow truck driver for being late, dirty and not talking right. Good luck with getting back on the road and continuing your journey, Tillerson. I’m sure you’ve got the whole State Department watching your back.

I grew up as the son of an Army officer and lived around other military people and federal employees my entire youth, so I was always aware of how little our fathers took home in pay. But I had to get out the General Schedule pay scale, which sets the salary level for more than 70 percent of the federal civilian workforce, to understand just how underpaid the people who work for us really are. A GS1, a federal worker starting at the bottom in an entry-level job, earns from about $18,000 to $21,000 a year, depending on the length of service. A GS15, the equivalent of a civilian general officer, earns from about $103,00 to $135,000, depending on the length of service. There are fairly significant bonus percentages for living and working in areas that are expensive, like New York, Washington and especially San Francisco, but I think we can all agree that nobody’s getting rich making sure we get our passports on time, or that our water quality is safe, or that the tires on our cars won’t come apart with speed, or that the drugs we take won’t kill us or the food we eat won’t make us sick.

Because that’s what we’re talking about when we talk about the federal workforce. We’re talking about a whole bunch of people who go to work every day trying to keep us safe, whether they’re carrying an M4 and wearing body armor over in Mosul, or  manning a computer at the Environmental Protection Agency or the Department of Health and Human Services. The terrible “swamp” Trump has such contempt for sits there every day in drab offices they endured heavy traffic to get to, and they regulate the excesses of the vaunted “market” Trump and his billionaires are so worshipful of.

We’ve gone from 50,000-plus deaths a year from automobile crashes to about 30,000 because cars are safer, and they’re not safer out of the goodness of the manufacturers' hearts. We’ve gone from a nation where kids could pick chips of lead paint from windowsills in classrooms and eat them to a nation where “regulators” in Washington sent men in white suits to remove that paint and won’t allow it to be used anymore. The same with asbestos. I could take up the next 15 column inches of this story listing the ways that those nameless, faceless “swamp” creatures have improved our lives over the past 50 years, and they didn’t do it to put a BMW in their driveway or their kid in Andover.

That’s why it’s so astonishing to hear Trump and his billionaires talking contemptuously about the people who work for them. The problem with bureaucracy is what makes it powerful. Because the Congress writes laws that are nonspecific, it is left to bureaucrats to write the regulations to implement them. Policies can be political but bureaucracies are practical. They are by nature slow, careful, and patient, and they gather power in small bits and pieces, but over time, it adds up. Because the people who work in our government aren’t doing it for the money, they must be motivated by other means. Trump doesn’t know how to do this. His idea of exerting control over the government he leads has been to denigrate and intimidate the agencies and people who work in them. It hasn’t worked. The list of departments that Trump has pissed off in less than six months is dangerously long, and the number of people working in them is frighteningly huge.

Remember his fight with the intelligence “community,” 17 federal agencies filled with spies and law enforcement officers from the FBI all the way through the CIA, the Defense Intelligence Agency, the National Security Agency and all of the other A’s? How do you think that’s working out for him, to have tens of thousands of people who specialize in peering into dark corners with their eyes focused on those within the White House? How about the State Department? He’s got troubles overseas galore — from North Korea to Syria to Sudan to Ukraine to our neighbor just across our southern border.

Think it was a good idea to tell the people charged with watching your back overseas that you think so little of the work they do, sometimes at great danger to life and limb, you’re going to give a third of them a pink slip? I don’t think Trump is winning any popularity contests over at the Department of Justice, either — not to mention among the judiciary. The defeat of his “travel ban” in one court after another is all the evidence you need that yelling at judges and denouncing courts of appeals is not the way you get judges to give you the benefit of the doubt in close calls. Oh, by the way, every single one of the people he’s pissed off enjoys the same generous federal pay talked about above, wannabe billionaires every one of them.

A good part of the reason you see Trump so confused and angry every day is because he’s lost without money to use as a bludgeon to get his way. Power is no fun when you can’t pick it up and swing it. “Persuasion” must not have been one of his spelling and definition words at New York Military Academy. As for that swamp he keeps promising to get rid of? It will be around long after its human waters have risen and engulfed him.