The late-night comedian knew this was a likely outcome — nevertheless, he persisted 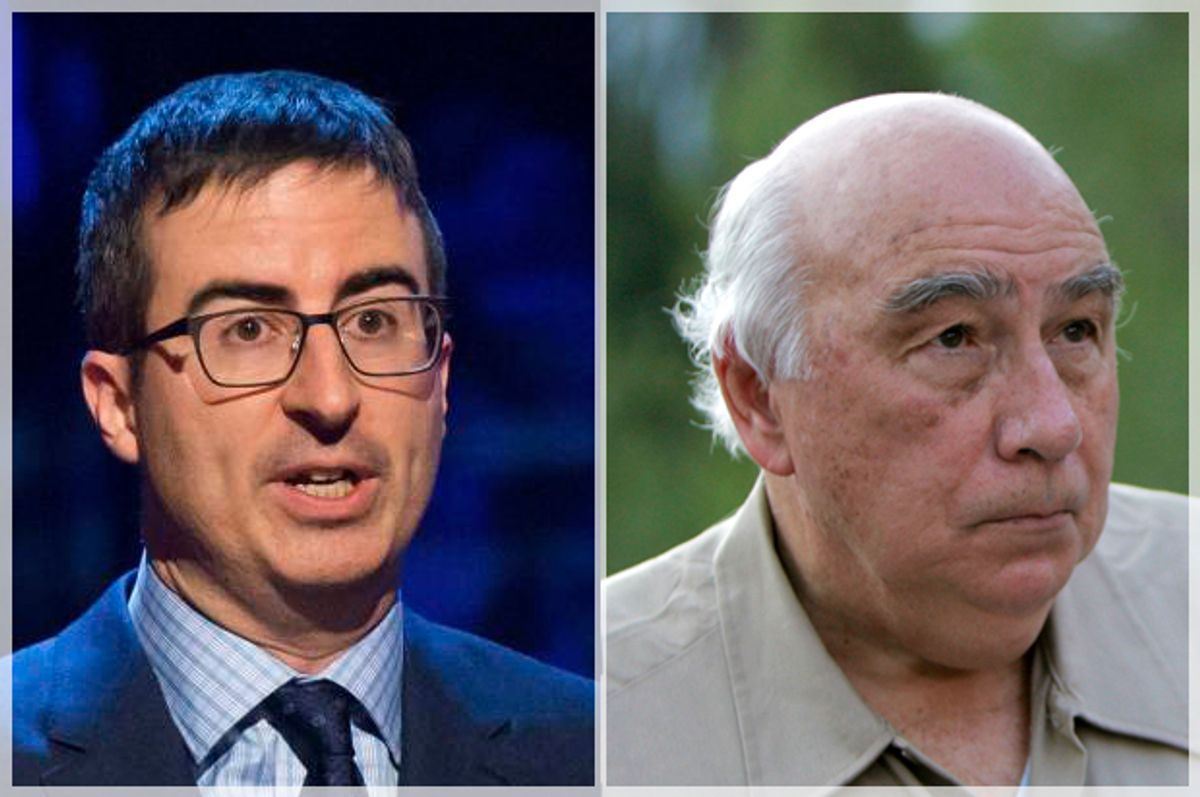 On Sunday's episode of "Last Week Tonight" host John Oliver knew he was on deadly ground when he blasted one of the biggest coal mining companies in the country, having already been hit with a cease-and-desist letter prior to the segment's airing. Dedicated and dogged, Oliver nonetheless ran a scathing critique of the firm's practices.

True to their word, Murray Energy Corp. and its CEO, Robert Murray, have filed a suit against the late-night comedian, HBO and Time Warner for defamation, according to The Washington Post.

Oliver's segment centered on the decline of the coal mining industry in recent years, and how President Donald Trump has misled much of his voter base about bringing back jobs. The host specifically discussed the ways Murray, 77, often mistreated his employees, describing him as a "geriatric Dr. Evil."

"Bob Murray, I didn’t really plan for so much of this piece to be about you, but you kinda forced my hand on that one," Oliver said during his 24-minute rant. "And I know you’re probably going to sue me over this. But, you know what? I stand by everything I said."

The complaint was filed in a West Virginia circuit court and accused Oliver's segment of being "false, injurious, and defamatory" and an "attempt to advance [the defendants'] biases against the coal industry and their disdain for the coal-related policies of the Trump Administration," according to the Post.

"Nothing has ever stressed him more than this vicious and untruthful attack," the lawsuit said. Murray is also said to be very ill, the Post reported.

The lawsuit also alleges that Oliver's sources were "outdated" and the coal industry titan informed the show of this prior to its airing saying, "You recklessly rely exclusively on previously discredited media reports," according to LawNewz.

Oliver hit the company's CEO hard, criticizing him for his response to the collapse of one of his Utah coal mines in 2007 that killed six miners and three rescue workers. Critics, experts and miners alike have blamed Murray Energy for the collapse and what they say was a flawed emergency response to it, citing possible safety violations.

Murray argued then (and today) that the incident was caused by an earthquake. The U.S. Geological Survey, experts with knowledge of the seismography on that date do not agree — not to mention the basic tenets of modern science.

According to the Post, HBO has not yet seen the complaint, but said in a statement, "We have confidence in the staff of 'Last Week Tonight' and do not believe anything in the show this week violated Mr. Murray’s or Murray Energy’s rights."