LISTEN: How to beat perfectionism

Percussionist Patti Niemi talks about enduring anxiety, rejection and how to handle failure and not fall apart 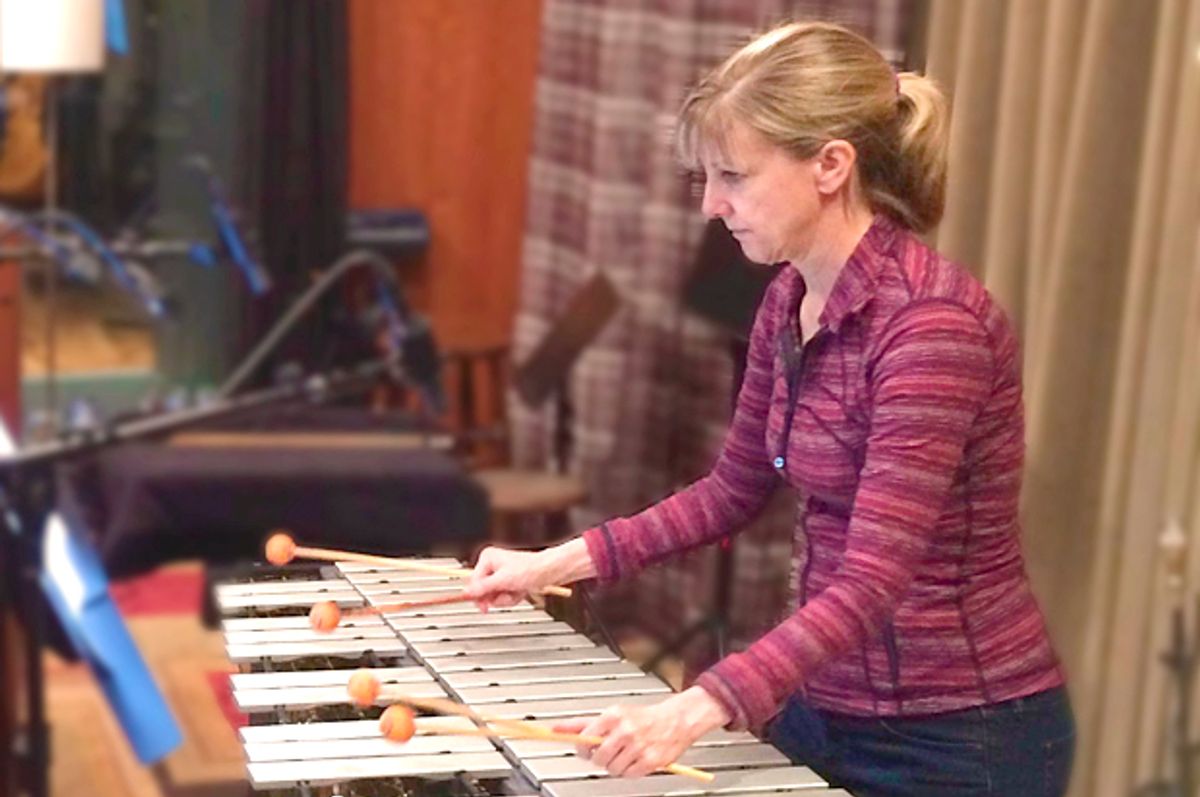 When you have lots of conversations with women like I do, a few themes start to emerge. One that comes up again and again is the pursuit of perfection.

Anxiety is the drumbeat to perfection, and according to the Anxiety and Depression Association of America, women are twice as likely to suffer from an anxiety disorder than men, so perhaps it’s appropriate that I got explore its rhythms with Patti Niemi, a world-class musician and percussionist for the San Francisco Opera Orchestra.

She's written a memoir about her experiences, called "Sticking It Out: From Juilliard to the Orchestra Pit," and she spoke to me about how even now, after 25 years with the same orchestra — that's 25 years without needing to audition, which is a major anxiety trigger for her — that perfectionism is still alive and well.

Niemi had been at Juilliard for two years when she sat down at a rehearsal and suddenly realized she had no control over her hands. She had been playing percussion since the age of ten, had participated in hundreds of rehearsals and countless performances, but had never experienced something like this before.

“Physically, what it feels like is you're just going off the rails, and about to lose your mind,” she says, looking back on her old panic.

She says her anxiety got really bad at Juilliard because she suddenly realized how high the stakes were. “I felt like I suddenly had something to lose.”

She ended up using Inderal, a beta blocker, to calm her nerves so she could focus during an auditions and move forward.

During her last year there, an older male professor told Niemi that he had fallen in love with her. She was deeply uncomfortable and says it was “the perfect storm” of imbalanced power dynamics — and a sense of feeling trapped.

“Here you have a very powerful mentor an hour a week alone, and they have this power over you,” she says. “A teacher can recommend you for a certain audition if you weren't able to get in to the audition,” at first. “I mean, they still have a lot of power as far as jobs go.”

Like Anita Hill did with Clarence Thomas, Niemi continued to work with her professor, and even go out to dinner with him. “It didn’t occur to me not to,” she says now. “I need to manage it, “ she thought at the time — and attempted to control the situation by asking her professor lots of questions about percussion and avoiding talking about anything else. “I just thought if I made him mad he would retaliate.”

Niemi says she’s heartened to see that things are different for women in universities now. Back then, in the late '80s, she says there was no mechanism at the school for her to share what was going on. “It just wasn’t talked about,” she says.

“It still happens but now you're told very clearly these are the lines you can't cross. This is what you can't do. And to be fair to him, he wasn't told that, how it worked at the time.”

Niemi’s anxiety appeared well before the period her professor told her he was in love with her, but his “confession” did nothing to ease it.

“It had a pretty strong effect on me physically,” she says. Eventually she developed an ulcer. That anxiety came out most of all during her auditions.

In spite of her uncomfortable relationship with her professor, Niemi decided to stay on at Juilliard in their graduate program. “I started a master's program mostly because living in New York and not having a place to practice for production is very difficult,” she told me. But after a few weeks, being around her teacher became overwhelming.

A few months in she braved another audition and succeeded in landing a position with the then-new New World Symphony, which accomplished two things for her: she was able to get away from her professor and she finally accomplished what she had set out to do from the age of 10 — live and work as a professional musician. But her professional aspirations were not yet complete. The New World Symphony is a training ensemble, and the participants are expected to continue to audition for permanent positions elsewhere.

In spite of the great lengths Niemi went to manage her anxiety and perfectionist standards, after a number of auditions she almost won but didn't, she finally lost it. “My room got messy,” she writes in her memoir. “I didn't care enough to clean it. While I was practicing for the Boston audition, it had been filled with instruments. Now the floor space was covered with dirty clothes. I let dishes sit in the sink until the silverware rusted, and a little white mouse appeared from behind my bookcase one day. I had been sitting at my table so immobile he probably assumed I was one of the chairs. He darted away only when I screamed.”

Niemi says it’s important to talk publicly about anxiety so that others don’t have to struggle as much as she did and because she says there is still stigma. “When I was in school it was so painful to me. I thought, I'm the only one doing this. Everybody else manages anxiety no problem.”

Twenty-five years ago she earned a spot with the San Francisco Opera Orchestra and has played with them ever since.

During complicated performances, the old feelings return sometimes. Here’s how she described awaiting her moment in the orchestra pit for a cymbal crash: “Sitting there, trying to keep track, watching the singers up on stage, and it's getting closer and closer. Finally, I'm counting down, I'm listening to the music. I'm waiting for my moment. I stand up I take these big hunks of metal I'm about to fling at one another and I wait for the moment and the conductor lowers the baton.”

Even after two and a half decades, “I know I have to be perfect in this moment and it has to happen.”

Niemi has tempered her anxiety with wisdom. She’s accepted that to do anything in life truly meaningful, failure comes with the territory. “Rejection is a gift,” she says.

“You are going to fail. It’s how you handle the failure to be perfect that you have to manage.”

When I asked Niemi if she has ever had a moment where she asked herself why she stays in a field that makes her feel this anxious, she said, "I always wanted to do it. It was so hard. But I never questioned whether I was going to do it. I worried about that in the book because I put so much emphasis on the hard parts of it that I would that come off sounding like I was ungrateful or I didn't appreciate this opportunity I had. I've never felt ungrateful. I loved music. I love it. And I was really lucky to fall into this opportunity. I wanted to write about what was hard about it."