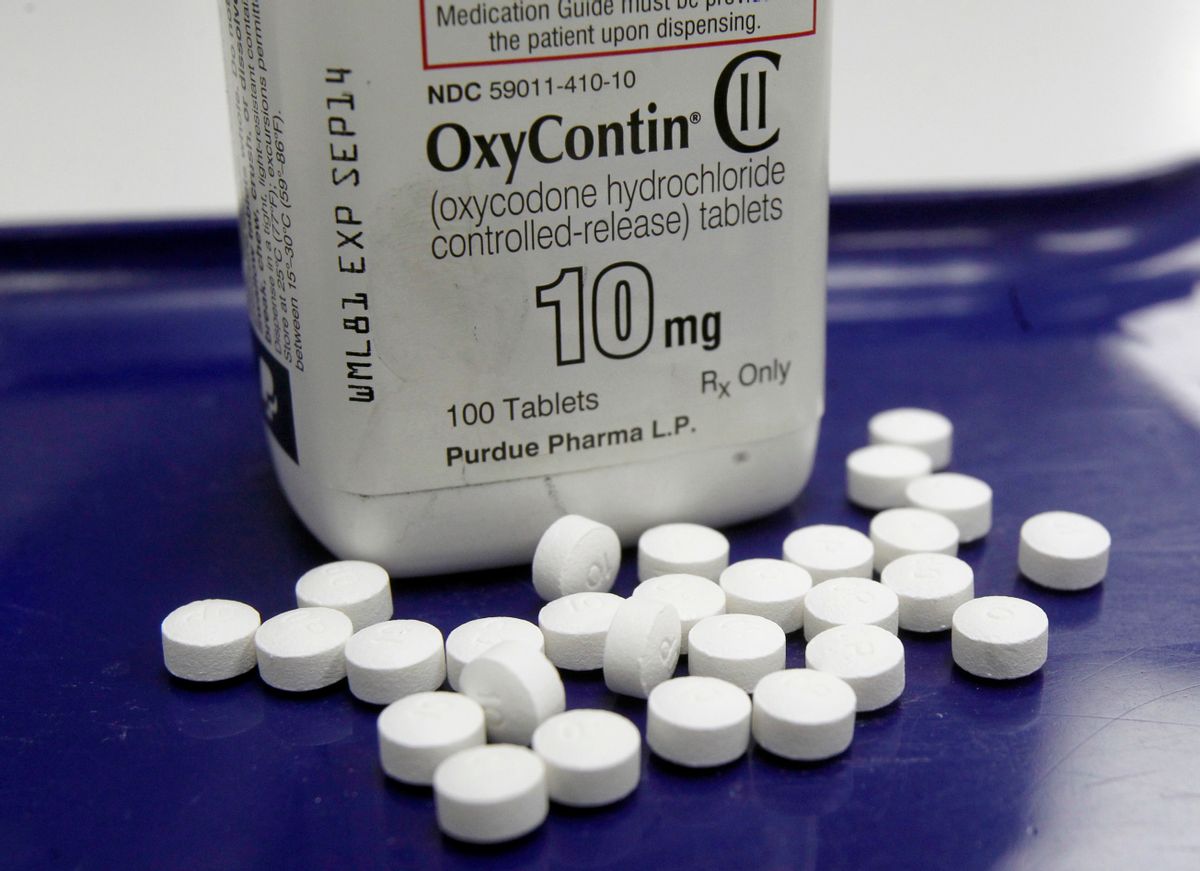 Specifically, patients with private insurance who are diagnosed with opioid dependency or abuse may get different medical services depending on where they live, a white paper to be released in the upcoming week by a national databank indicates.

Medical responses to opioid-related diagnoses appear to differ among the five states examined by Fair Health, a nonprofit that provides cost information to the health industry and consumers. To draw that conclusion, researchers analyzed the health insurance billing codes associated with those diagnoses.

In California, for example, patients most commonly receive outpatient services, such as counseling, and also drug tests, which can include screening for narcotic use. Illinois’ top two services were 15-minute doctor-office visits and injections of naltrexone, a drug used to prevent relapse in patients who were dependent on opioids. By contrast, methadone, an opioid medication used to reduce withdrawal symptoms for patients trying to quit narcotics, was New York’s most common medical billed to an opioid-related diagnosis. All five of the most common procedures listed on bills in Texas were drug-screening tests — some of which were the same test codes as those on California’s list. But the Lone Star State also included a few that were not, including urinalysis, which checks for improper drug use.

Why those differences exist is harder to tease out, based on the data from Fair Health, which examines claims data from insurers representing more than 150 million Americans who have job-based insurance or buy it on their own. (Information identifying patients was removed.) The data do not include claims from government programs, such as Medicare or Medicaid.

The variation among the states may “reflect general attitudes, access to the health system and the services most readily available,” said Robin Gelburd, president of Fair Health.

Surprisingly, the study found that the largest percentage of medical coverage claims related to opioid abuse and dependence diagnoses nationally come from older patients — those ages 51 to 60.

“This debunks the myth that the opioid crisis only affects young people,” said Andrew Kolodny, who directs the Opioid Policy Research collaborative at Brandeis University in Massachusetts, who did not work on the report.

Older patients can run into dependence problems when they get long-term opioid treatment for chronic pain, he said. With younger patients, he added, doctors are less likely to continue to prescribe opioids, leading some young people to turn to street drugs instead, like heroin.

Kolodny suggested that the Fair Health data may indicate that physicians are “increasingly getting the message that these opioids are not appropriate for chronic pain” and not continuing to write prescriptions indefinitely. That, in turn, he said, “could mean more older people are ending up in addiction treatment.”

As to the differences Fair Health found in the five most common services billed, Kolodny said drawing conclusions about the cause of the variation is difficult from the data provided.

Still, California’s reliance on outpatient services and drug tests among its top five procedure codes may reflect the large number of treatment centers in the state, noted Fair Health’s Gelburd, while New York insurers may rely on methadone more than other states because it has long been a common treatment in the state’s Medicaid program.

The analysis is the latest series from Fair Health, which last year released a reportshowing a 3,000 percent increase in the volume of insurance claims related to opioid dependence diagnoses from 2007 to 2014.

A second study put a dollar figure on the cost to insurers: From 2011 to 2015, insurers’ payments to hospitals, laboratories, treatment centers and other medical providers for patients with opioid-related diagnoses grew from $32 million to $446 million.

The new report shows the five most common, as well as the five most expensive, procedures related to opioid abuse or dependency diagnoses that insurers paid for in 2016 in five states: California, New York, Illinois, Texas and Pennsylvania, chosen because they include the country’s five most populous cities.

It’s not clear why all the top five billing codes in Texas related to laboratory tests for drugs. Perhaps treatment programs there rely heavily on screening patients for the use of legal and illicit drugs. Out-of-state drug screens processed by labs based in Texas could account for some of the billing.

Gelburd said the data may prompt more debate on “the most appropriate protocols with drug testing.”

In Texas and elsewhere, she said, experts may want to weigh in on whether the percentage of drug testing indicates that such screenings are “being done too frequently or not enough,” and whether medical services for addiction treatment “are focusing too heavily on screening and detection or coupling that screening with intensive therapies.”