Madness or desperation? Republicans hope to turn the tables by reopening the probe of Hillary Clinton's emails 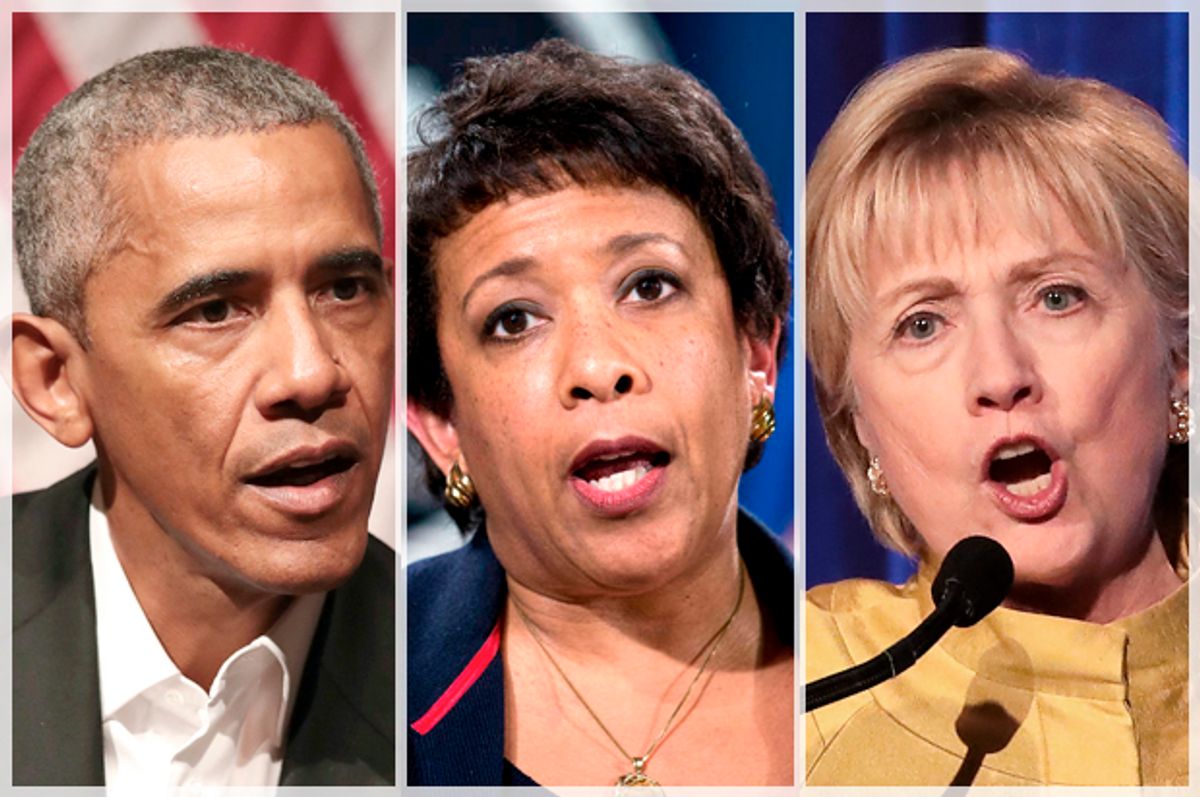 Was President Donald Trump an unwitting agent of the Russian government? That's not the sort of question we would have ever thought would be asked in a Senate hearing — and not just because until quite recently the idea that there would ever be a President Donald Trump was an absurd joke. This question is not something we could ever have imagined would be asked at a Senate hearing no matter who the president is. Yesterday it was.

The Senate Intelligence Committee heard testimony from Bill Priestap, assistant director of the FBI’s counterintelligence division, who said unequivocally that the Russians had interfered in the election. He noted that they had tried to do this many times in the past with cruder methods but the internet has given them new and very effective tools to accomplish their goals. When asked what those goals were, he replied:

The primary goal, in my mind, was to sow discord and to try to delegitimize our free and fair election process. I also think another of their goals, which the entire United States intelligence community stands behind, was to denigrate Secretary Clinton and to try to help then — current President Trump.

Following up on that comment, Sen. Martin Heinrich of New Mexico asked Priestap if he thought Trump was an unwitting agent of the Kremlin. He sat there for several beats, saying nothing. Then the leading FBI counterintelligence official answered, “I can’t really comment on that.”

Heinrich said he didn't blame him and the room erupted in relieved laughter. It was a very weird moment. A top FBI official said that the Russian government had interfered in the election on behalf of the current president and that he couldn't comment on whether or not our president was an unwitting Russian agent. My God.

It's hard to imagine a more serious and important question, particularly since Trump still refuses to admit that this interference happened, despite the insistence of the entire U.S. intelligence community that it did. You don't have to be a conspiracy theorist to find all this suspicious. He is the president and he denies that there is a major threat to our democratic system.

One would think that leading Republicans might start to feel the hair on the back of their necks standing up a little bit. The mere fact that a plausible case can be made that Trump was working for the Russians, knowingly or otherwise, should have them worrying about the fallout. But they have bigger fish to fry, it seems. It's not that congressional Republicans and administration officials don't care about their oversight responsibilities. They do. They just aren't interested in oversight of Donald Trump. Instead they are committed to ensuring that Hillary Clinton, Barack Obama and Loretta Lynch are properly held to account, even though none of them is still in office.

This is no joke. Fox News reported on Tuesday that Trump's State Department has opened a formal inquiry into former Secretary of State Clinton's emails.  You may have thought this question had been thoroughly investigated and finally dropped, but apparently some Republicans are determined to keep digging until they find a reason to "lock her up."

And it's not just the State Department. Fox News reported that the Senate Judiciary Committee, chaired by Sen. Chuck Grassley, R-Iowa, has "launched its own inquiry into Clinton's handling of emails." And Fox News detailed as follows:

Grassley has finally roused himself to examine the possible obstruction-of-justice charges against the president, but according to Politico it's mainly out of pique that the Trump administration hasn't turned over documents he has requested. You'll be glad to know that along with that investigation Grassley plans to take up the federal case of former Attorney General Loretta Lynch's suggesting that James Comey use the word "matter" rather than "investigation" in the middle of a presidential campaign.

Rep. Trey Gowdy, the Republican from South Carolina who is now House Oversight Committee chair (replacing the abruptly retired Jason Chaffetz), said yesterday that his committee plans to pull back on calling witnesses as this might interfere with special counsel Robert Mueller. This essentially means that the committee's investigation will grind to a halt. Gowdy's view is that "Congress tends to politicize everything" (which is hilarious coming from the grand Benghazi inquisitor) and the real issues with the Russia probe are not the possible interference, which he believes is overblown, but rather the active measures of Russia, the Obama administration's response and the leaks coming out of the Trump administration. In other words, his priorities have absolutely nothing to do with Donald Trump.

Gowdy hasn't said whether he also plans to get back in the Clinton investigation business, but he told Fox News' Martha McCallum last month that he believed James Comey "had access to information" that made it necessary to wrest the email investigation from the Department of Justice and then he hinted broadly at collusion between former Attorney General Lynch and Democratic candidate Hillary Clinton. He may get another crack at his old nemesis after all.

Mueller has been up on Capitol Hill this week filling in the various committees on his investigation. Undoubtedly and for good reason, he has asked them to be cautious about compromising his investigation. It's entirely possible that Republicans in both houses will defer to Mueller and let the special counsel's office work quietly behind the scenes to determine if our president is a Russian agent while they stage a public spectacle featuring Hillary and Bill Clinton, Loretta Lynch and James Comey for the viewing pleasure of their president and their voters. Don't say they would never do that. You know they would.