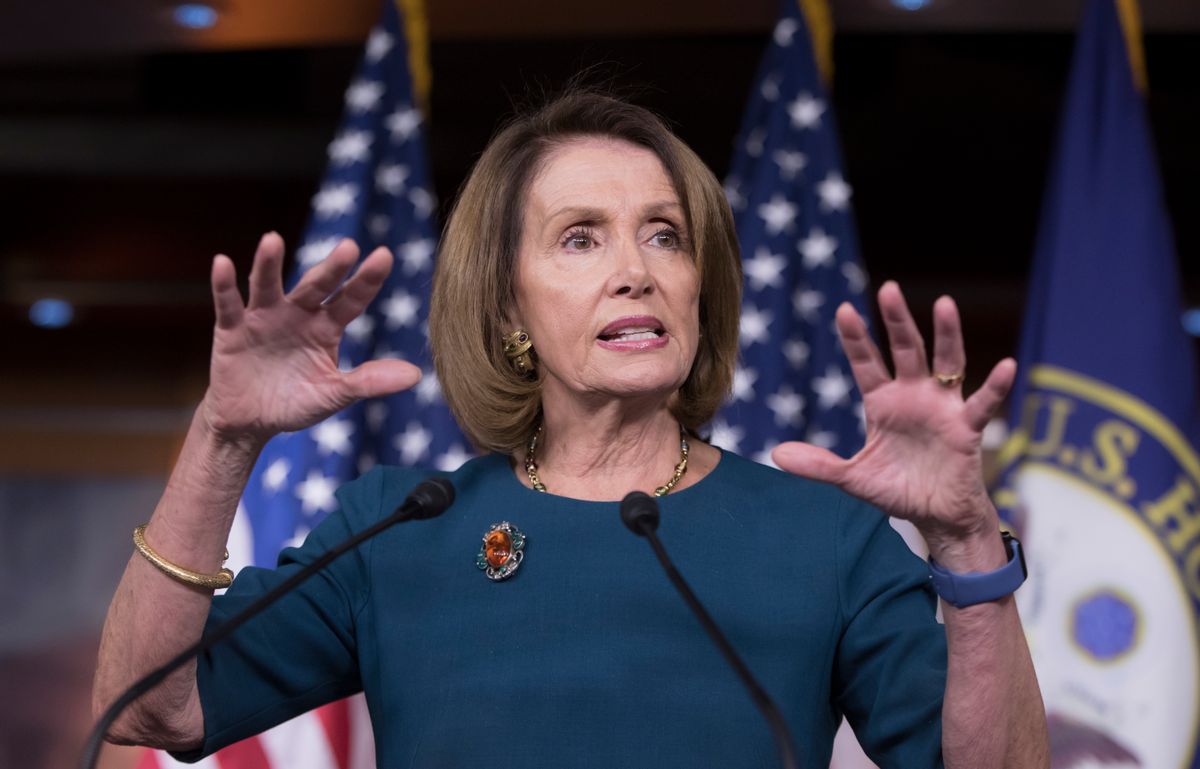 After Georgia Republican Karen Handel made Nancy Pelosi the focus of her winning campaign against her rival, Jon Ossoff, Democrats on Capitol Hill are starting to ask a question that Salon asked earlier this week: Is Pelosi a liability for the party?

The leader of the House Democrats since 2002, Pelosi’s critics within her own caucus have grown louder each year she’s continued in power. Now, even some of the people who voted for her within the Democratic caucus are starting to wonder whether she has become an impediment to stopping President Donald Trump’s agenda.

Rep. Filemon Vela of Texas, who voted for Pelosi in her last leadership race, told Politico this week that he was concerned that Pelosi’s universal name recognition and high negatives might be harming the party.

“I think you’d have to be an idiot to think we could win the House with Pelosi at the top,” he said. “Nancy Pelosi is not the only reason that Ossoff lost. But she certainly is one of the reasons.”

Almost universally, Republicans seem to believe that Pelosi has been good for their party. In a Fox News interview broadcast Friday morning, Trump trollishly praised the California Democrat:

“I hope she doesn’t step down,” the president said. “I think that it would be a very sad days for Republicans if she steps down. I would be very, very disappointed if she did. I would like to keep her right where she is because our record is extraordinary against her.”

In a meeting earlier this week with Democratic members, Pelosi spoke about Ossoff’s loss but did not address the fact that she had become the focal point of Handel and her allies.

“It was probably one of the more disturbing caucus meetings that I’ve ever been in. And everyone pretty much sat in silence,” Rep. Kathleen Rice, D-NY, told Politico. “I’d like to think that they were as shocked as I was that they were hearing the spin that was being put on this loss.”

Rice, who did not vote for Pelosi in the House leadership race last year, has been speaking out repeatedly in recent days against Pelosi, saying that the Minority Leader ought to be treated like a CEO or a sports coach who had experienced several bad losses.

According to data provided by Republican operatives, Pelosi had a 98 percent name recognition within Georgia’s Sixth Congressional District with 58 percent of the voters there disapproving of her. On Wednesday, Joe Cunningham, a Democrat running in South Carolina against GOP Rep. Mark Sanford, said that he would not vote for Pelosi to be Speaker in the event that he was elected to Congress. Pelosi’s status as an emotional trigger that Republicans can use to motivate their voters parallels how Democrats were able to use the unpopularity of former president George W. Bush and former House Speaker Newt Gingrich to move liberal voters to the polls.

Several House Democrats also appear to have come to the opinion that using anti-Trump antipathy is not going to be sufficient to defeat Republicans.

In an interview with the Washington Post’s Amber Phillips, Alejandro Chavez, campaign manager for Democracy for America, said that while Pelosi is “not where we need to go,” he also faulted Ossoff for failing to energize Democratic voters with an economic message that was anemically centrist.

“If you look at Rob Quist in Montana and James Thompson in Kansas, they ran on a very populist message in their races, like on single-payer health care. And they closed the gap on Trump in those races,” he said, referring to two other Democratic congressional candidates. “Look at Ossoff, who ran in the middle of that. Trump won by 1.5 points against Hillary Clinton, and then Ossoff lost by four,” Chavez said.

Other internal Pelosi critics have pointed to the fact that she and all of the highest-ranking Democrats in the House are all over the age of 70.

In a Thursday interview with CNN, Rep. Debbie Wasserman Schultz, a key ally of Pelosi’s, seemed to indicate that her party’s leadership might be contemplating some changes meant to satisfy younger members who feel shut out of authority positions.

“We do need to make sure that we have generational development of our leadership so that we have seasoned leadership like Nancy Pelosi and, as she has done in the 115th Congress, bringing in leaders from the next generation and broadening the leadership table, being more inclusive,” she said.

According to Schultz, Pelosi agrees with this idea and wants to expand upon it in the next Congress that will come into office after the 2018 elections.

The movement to replace Pelosi hasn’t yet reached a groundswell, perhaps in part because her critics, which include Louisiana Rep. Cedric Richmond, leader of the Congressional Black Caucus, have yet to come forward with a leadership alternative. Pelosi’s proponents have also been praising her significant fundraising abilities, which have been powered in part thanks to her family’s vast wealth and her personal connections to high-tech billionaires owing to her proximity to Silicon Valley.

At a Thursday news conference, Pelosi defended herself and argued that even if she were removed, Republicans would still attack her replacement.

"I feel very confident about the support I have in my caucus," Pelosi argued. "They always want to choose our leaders. And usually they go after the most effective leaders."

I'm a master legislator. I am a strategic, politically astute leader. My leadership is recognized by many around the country and that is why I am able to attract the support that I do.