Michael Bloomberg says Democrats should "get behind" President Trump

Publishing magnate Bloomberg says Dems are too divided to defeat the president, and should work with him instead 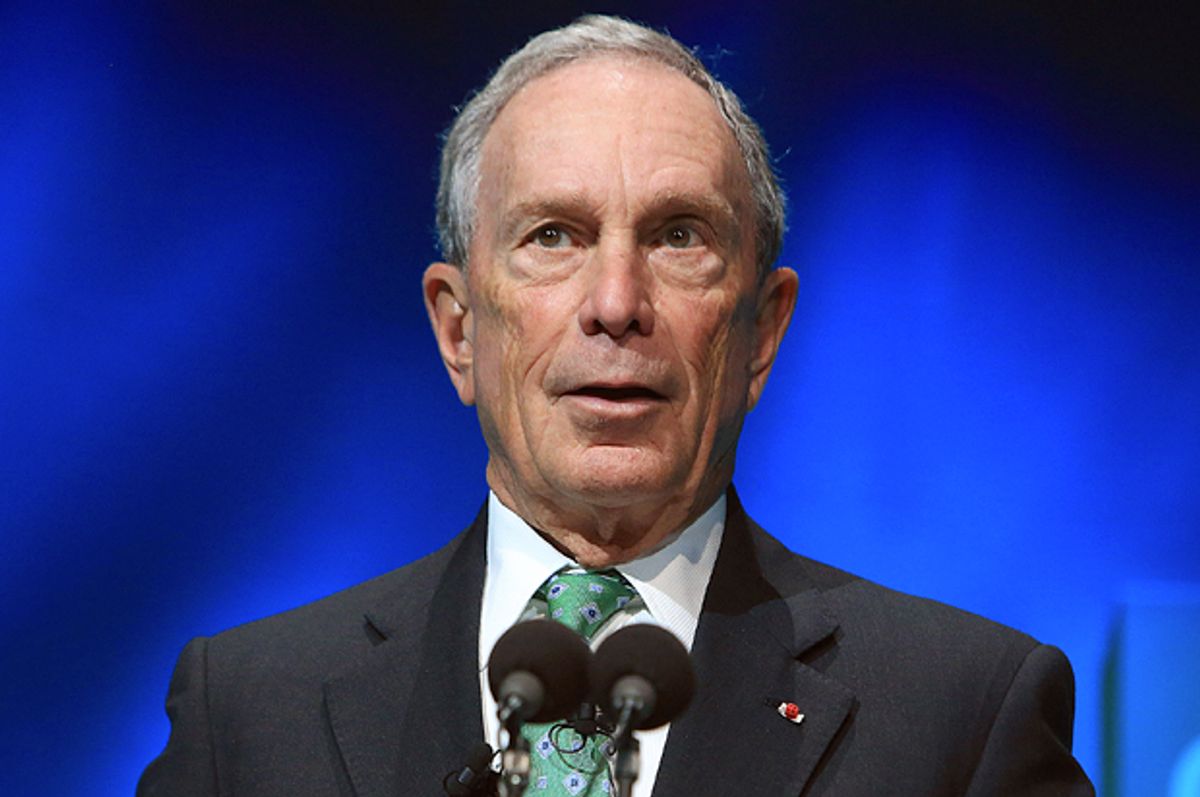 Michael Bloomberg, the former mayor of New York City and owner of several media outlets, thinks it's time that Americans "get behind" President Donald Trump and "make it work."

Democratic opponents of Trump need to get over themselves, Bloomberg argued during an interview on ABC's "The View." "The public has spoken, whether you like the results or not," he said.

The media magnate compared liberal resistance to Trump with comments made by Mitch McConnell, R-Ky., the Republican leader in the Senate, when he said, "the single most important thing we want to achieve is for President Obama to be a one-term president."

According to Bloomberg, such thinking is petty and risks breaking the American political system by making it dysfunctional.

"That's my country. That's my kids and grandkids," Bloomberg said in response to the McConnell remark. "You have to make it work. We have an election — whoever wins, you got to get behind."

"He's our president, and we need this country to be run well. I didn't vote for him," Bloomberg added. "Let's just all hope that Donald Trump is a good president of the United States."

Bloomberg's current attitude is quite different from what it was just last year when he called Trump a "dangerous demagogue" in a speech to the Democratic National Convention.

A long-time Democrat, Bloomberg left the party in 2001 to run as a Republican candidate. He left the GOP two years later.

The former mayor has also attracted liberal ire recently for saying that he believed Trump would be re-elected because the Democratic Party is too rife with internal divisions.

“The incumbent always has an advantage,” Bloomberg said during a Tuesday CNN interview.

“The Democratic Party is going to be torn apart by the left and the centralists,” he said, not mentioning that he is himself one of the "centralists," that is politicians who want to compromise on economic issues but not bend on social ones.

The GOP is similarly internally divided, Bloomberg argued, but it has the advantage in 2020 because it already has its nominee.

“Now, the Republican Party is also being torn apart between the centralists and the hard right, but they've rented a candidate. The candidate has rented a party, and they will probably without much fuss get behind Donald Trump, I would assume, assuming he runs for re-election.”

According to Bloomberg, Trump's chances of defeating his eventual 2020 Democratic opponent are 55 percent certain.