"Trump has actually signed none of the major legislation he promised," Meyers says 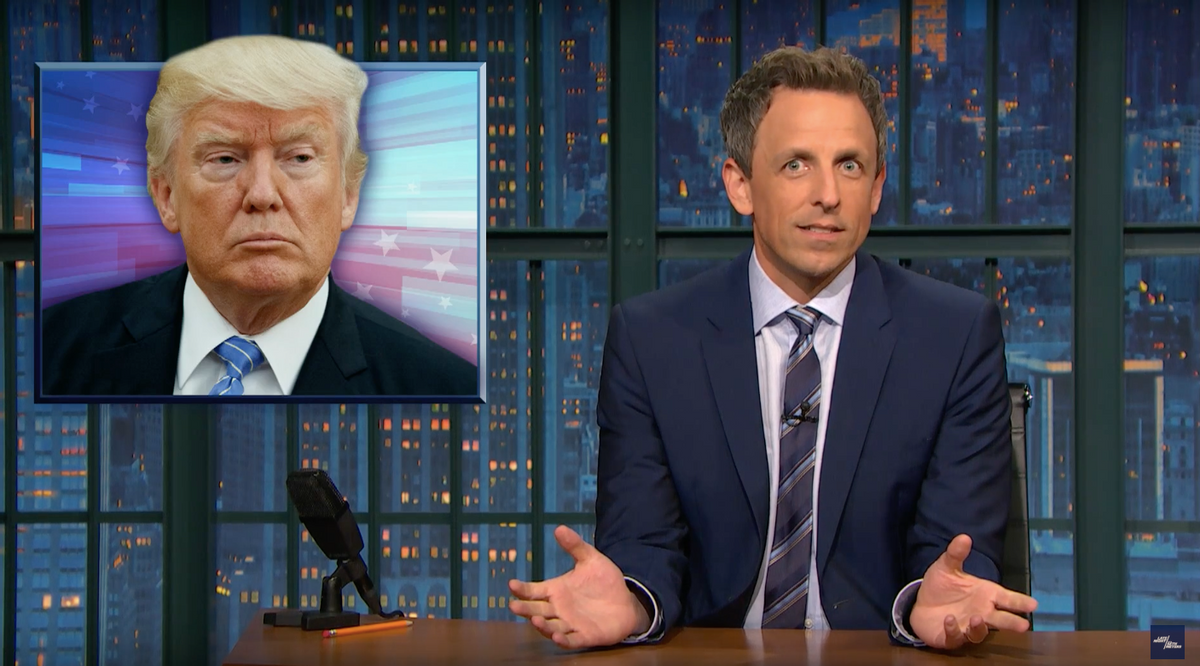 Hours after a summary of the GOP Senate's new health bill was released, Trump held a campaign-style rally in Cedar Rapids Iowa, which quickly devolved into an "epic" "venting session."

But just as Trump "was about to repeat his infamous claim that he's done more in office than any president in history . . . he caught himself. Sort of," noted Meyers.

"We've produced so much legis — I don't think any president — It could be somebody," Trump trailed off.

"No matter what else was happening," the host added. "That would be the biggest story in the country: 'Donald Trump Doesn't Lie', also 'Cancer Cured' page 8."

Prior to the rally, the editorial board of The Gazette in Cedar Rapids had penned an open letter to Trump urging the president to discuss how his policies would benefit Iowans.

"Trump has actually signed none of the major legislation he promised in his first 100 days," noted Meyers. "Let alone the first five months."