Amid turmoil at the ride-hailing giant, drivers may get a boost to their wages, but not from the company's pockets 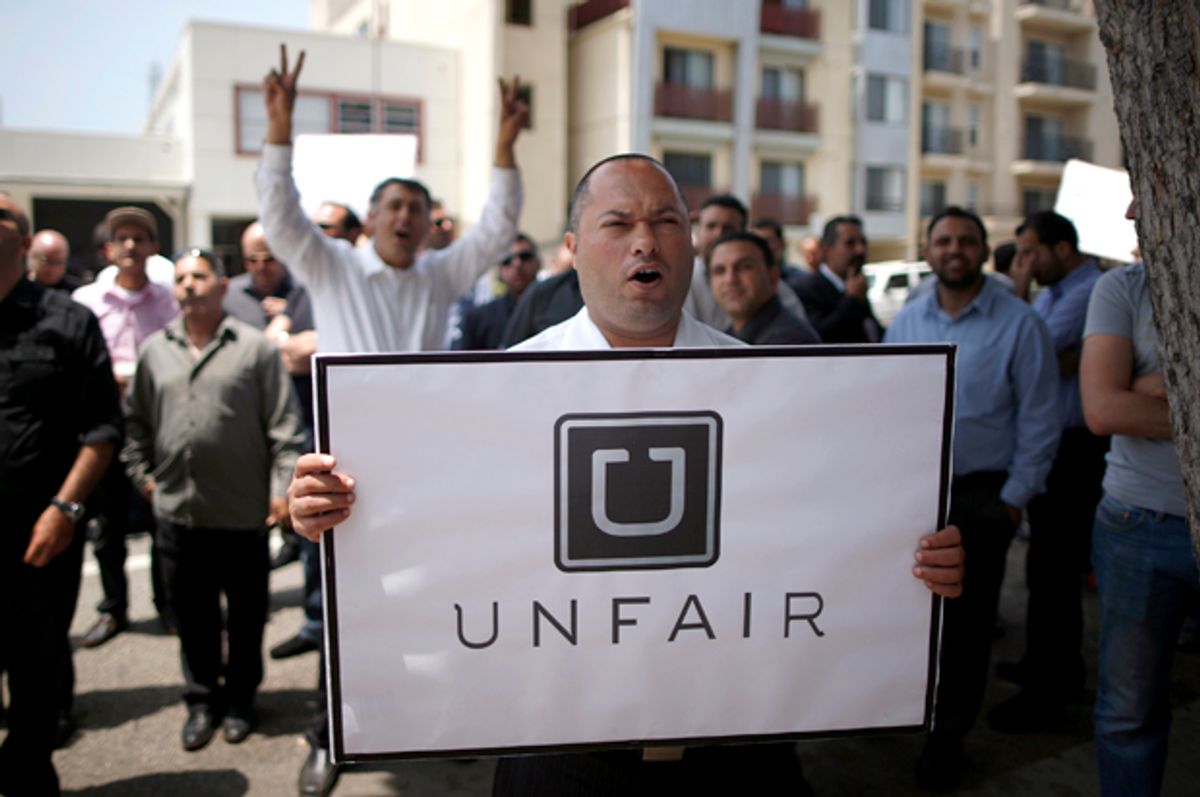 It’s been a wild week for Uber, the world’s most valuable startup.

After a string of legal and ethical breaches this year, the ride-hailing company’s co-founder and brainchild Travis Kalanick is out as CEO. Five key positions are now vacant, including that of chief operating officer, as the company attempts to address its deeply flawed corporate culture.

Lost amid the news of Kalanick’s dethroning on Tuesday was the company's announcement of a policy change aimed at tackling their most pressing problem outside of the boardroom: a high turnover rate for the company’s army of self-employed drivers. Replacing drivers through marketing and offering sign-up bonuses is one of the company’s biggest ongoing expenses.

In order to address this issue, Uber is recruiting customers to chip in to help the drivers earn a little more scratch by offering the option to tip drivers directly from the Uber app. Similar to how U.S. restaurants are subsidized by customers tips, Uber is looking to customers to help boost drivers’ incomes.

In an announcement made just hours before Kalanick agreed to step down as CEO (he remains on the board), Uber said it will unveil a series of changes “drivers have asked for,” including the tipping option. Uber’s main rival Lyft has always offered a tip option, and Lyft drivers earn more money, according to a survey earlier this year from the popular blog The Rideshare Guy.

“Uber's new tipping option should increase earnings by around 10-30% based off what we've seen with Lyft,” Harry Campbell, who runs The Rideshare Guy and drives part time for Lyft and Uber, told Salon by email. “The tipping option isn't going to make drivers rich but it will have a meaningful impact on a driver's income. Drivers report earning $15 per hour before expenses so even a $2 tip could be a nice boost to their income.”

Kalanick had long rejected the idea of tipping drivers by saying the practice is discriminatory and encourages drivers to go only to serve areas where tips are highest.

As a private company, Uber keeps much of its data close to its chest, but in 2015 the company said it had 160,000 U.S. drivers, many of them working part-time, and it paid them an average of $16,420 in pre-tax income. Income varies by geography with drivers in bigger, costlier cities earning more than drivers in secondary markets or drivers working during off-peak hours, Campbell says.

While Uber’s tipping option will certainly help many drivers earn extra money, it comes out of consumers’ pockets, rather than the considerably deeper pockets of the company, which is now valued at $50 billion. Indeed, the tactic seems designed as a way to boost driver income without Uber having to pay its drivers more.

This follows other recent changes that seem designed to keep drivers’ wages stagnant. Just last year, Uber rolled out a new fare system based on routes rather than distances. Under the new system, drivers’ earnings remain unchanged even if Uber increases the fares based on demand.

As a money-losing operation, Uber is under intense pressure from its private equity backers, including Menlo Ventures, Fidelity Investments and Benchmark, to grow sales, lower expenses, and eventually file an initial public offering.

Earlier this year, drivers in California sued Uber over the new fare system, calling it “an active, extensive, methodical scheme …to defraud drivers.” It’s one of several lawsuits Uber has faced in recent years regarding its treatment of drivers, including an ongoing debate as to whether Uber drivers qualify for benefits enjoyed by directly-hired employees, including shared contributions to Social Security and other payroll deductions.

In May, Uber agreed to reimburse $900 each to about 50,000 drivers in New York, in recompense for taking a larger cut than it was entitled to of driver’s wages by including taxes and fees in its calculation of the company's commission.

After series of changes aimed at improving relations with its drivers, Uber is hoping to reduce turnover and lower recruitment costs. By one estimate, 96 percent of drivers quit after a year.

Uber also is losing money to the tune of $700 million a quarter, based on its latest financial report, which means everyone who takes an Uber is paying less than the real cost of offering the service under Uber’s business model. Now, Uber is taking a page from Lyft's book, and will soon begin nudging customers to help chip in as it marches toward an eventual IPO.