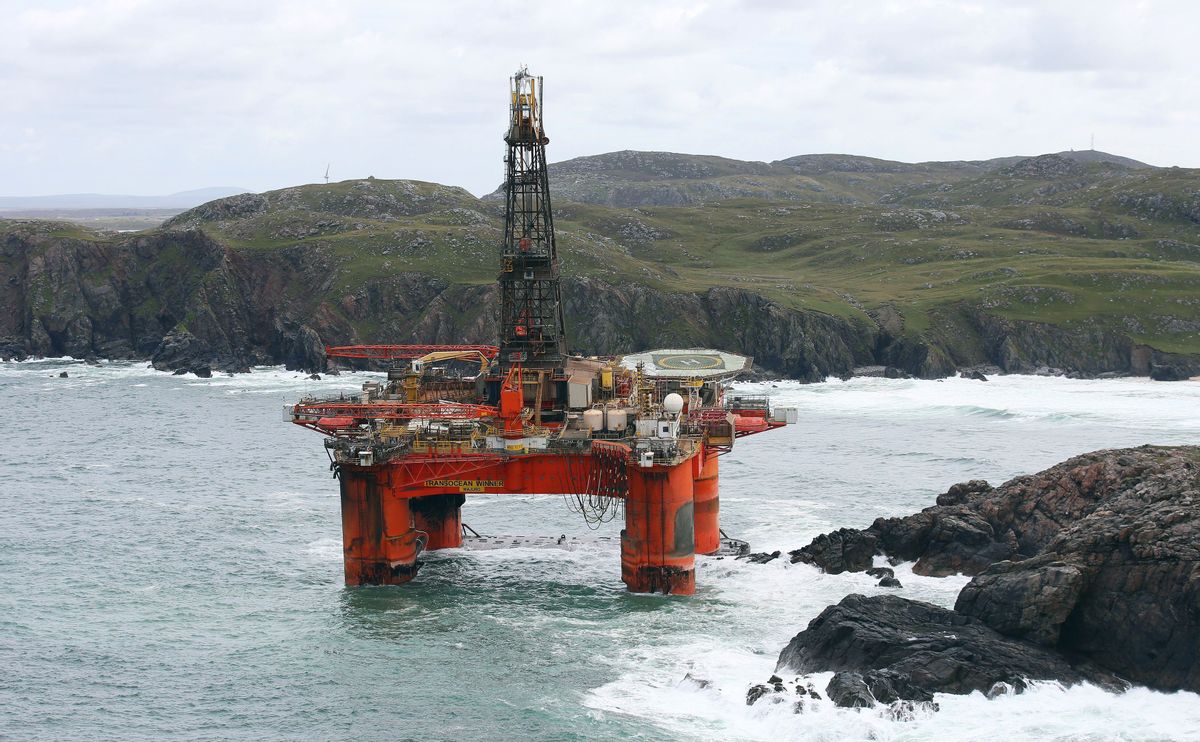 The microscopic animals that provide food for fisheries face previously unknown threats along America’s southern and eastern seaboards, and in oceans elsewhere, with new research warning of the potential for heavy impacts from oil surveys that blast noise into the sea.

Scientists in the Australian island state of Tasmania have added krill larvae and other plankton to the growing list of animals known to be affected by airguns trawled behind ships in search of oil reserves, earthquake faults and other buried features.

The Trump administration is moving to allow these seismic surveys from Delaware to Florida ahead of anticipated oil drilling, which had been blocked by the Obama administration. Such surveys are underway in the Gulf Coast and could precede any new drilling along coastlines in the U.S. and abroad.

There has so far been a “striking” lack of research into how airguns affect plankton, said University of Tasmania scientist Jayson Semmens. “Most of the work is done on whales.”

Semmens was part of a team that wanted to know how plankton are being affected, so they fired a 140-pound, 23-inch airgun into Storm Bay near Australia’s southernmost point. Airguns compress air then explosively release it, with reflections from the loud pulse monitored for clues as to what lies beneath the ocean floor.

With the aid of sonar, the scientists detected what they called a “hole” blown through patches of plankton. Sampling after airgun firings during mile-long sweeps with nets retrieved two-thirds fewer plankton, with many of the microscopic animals found dead — including all krill larvae.

The proposed Atlantic surveys would see arrays of airguns trawled by surveying companies up to 350 miles from the coast, fired every 10 seconds or so around the clock for up to a year. The new research suggests the proposal threatens to reduce the amount of food in the sea, as well as directly harm dolphins and other creatures.

Seismic surveys using large arrays of more powerful airguns than those used by the scientists are undertaken off the heavily drilled Gulf Coast, from Texas to Florida. As the Trump administration moves to open West Coast and Alaskan waters for new oil drilling, including inside marine sanctuaries, surveys would also be expected there.

Commercial surveys are also being undertaken the world over, harming wildlife.

Deborah Steinberg, an ecology professor at the Virginia Institute of Marine Science who wasn’t involved with the study, published Thursday in the journal Nature Ecology & Evolution, said it was the first of its kind. That means it’s hard to know whether airguns used in the U.S. would have the same effects as were seen in Tasmania. It’s also hard to know why the plankton died in such large numbers.

“It’s reasonable to assume the results have implications for other regions,” Steinberg said. “The major group of crustacean zooplankton found in their study, copepods, are abundant across the world's oceans.”

Rules are often put in place requiring temporary work shutdowns when whales and other protected animals are detected close to survey vessels, or when they’re expected to be migrating through the area.

Such protections do little to protect plankton, however, which can be omnipresent. With fewer of these tiny animals in the sea, larger fish, sea lions, seabirds and other wildlife could go hungry more often, reducing populations and fisheries hauls.

In reports and permit applications chronicling likely impacts of seismic surveys, it’s assumed that plankton are unaffected by airguns unless at close range, typically up to 30 feet away.

“There’s an assumption, which is incorrect,” Semmens said. His Tasmanian experiments detected a heavy impact on krill and other creatures up to 4,000 feet away — which was as far as the scientists looked. “It can’t be ignored.”

The study may provide environmental groups with additional legal ammunition as they prepare to oppose any new seismic testing permits. If airgun impacts on plankton are considered when permit conditions are set, that could affect how, where and when contractors for oil companies are allowed to use the technology to search for new reserves.

The surveying industry pointed to the preliminary nature of Thursday’s findings, which were the result of a limited number of samples from a single location. International Association of Geophysical Contractors President Nikki Martin said in a statement that it “falls short of what would be needed to provide a convincing case for adverse effects.”

North Atlantic right whales, which eat plankton, are at risk of extinction, and environmental laws that protect them and other species also protect their food supplies — including krill.

If the federal government doesn’t analyze the likely effects of acoustic testing on plankton prior to granting Atlantic permits, given the findings from Tasmania, “that will create legal vulnerability on their part,” said Kristen Monsell, an attorney at the Center For Biological Diversity.

The conservation nonprofit has filed 24 lawsuits against the Trump administration already. It helped force the Obama administration to begin an environmental review of the environmental impacts of Gulf oil surveys, which may eventually lead to new restrictions to protect wildlife there.