Following the recent verdict, parade organizers told police not to come, but backlash had them reverse the decision 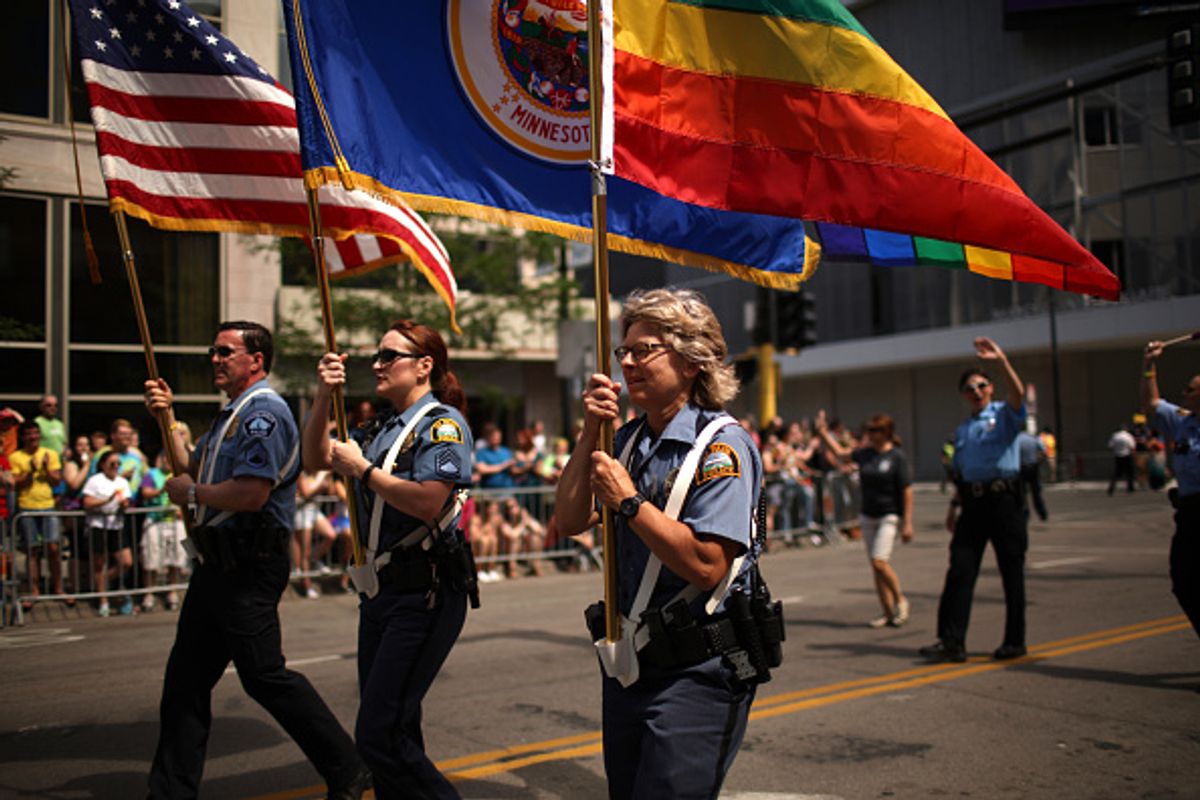 The Twin Cities Pride parade is one of the largest celebrations in the LGBT community, typically drawing over 300,000 people each year. Police from the Minneapolis-St. Paul metro area customarily escort the proceedings, but that tradition came under threat this year when organizers of the festival asked police officers not to join the march.

“We always have several police departments wanting to roll down Hennepin [Avenue] with lights and sirens to participate in this announcement that the parade is about to begin,” organizers wrote in a statement earlier this week, according to the Star Tribune. “With the recent verdict in the Philando Castile case Twin Cities Pride has decided to forgo this part of the police participation in the parade for this year and respect the pain the community is feeling right now.”

The Twin Cities community, still reeling from the acquittal of officer Jeronimo Yanez in the shooting death of Philando Castile, has embraced the black lives matter movement. Pride organizers felt they had a duty to honor that solidarity.

Some who wear the police uniform, however, did not appreciate the decision to exclude them.

Twin Cities Pride board chairwoman Darcie Baumann said earlier this week that, for some, "seeing those uniforms brings angst and tension and the feeling of unrest."

After hours of deliberation between parade organizers and Minneapolis Police chief Janeé Harteau on Friday, Twin Cities Pride reversed its decision and reopened its invite to police officers.

“We recognize this decision has made members of the law enforcement community feel excluded, which is contrary to our mission to foster inclusion,” Pride executive director Dot Belstler said in a statement. “Our intent is and was to respect the pain that the people of color and transgender communities have experienced as of late, but our original approach fell short of our mission.”

Police officers are again allowed to participate in this weekend's festivities. They will hold the unity flag or march alongside the rainbow, bisexual or transgender flags, Belstler said, according to the Tribune. Police will also be present for security purposes.

The Minneapolis Police Department announced on Twitter Saturday that they already have a booth for Pride.

Stop by our booth at the @TwinCitiesPride Festival to chat with officers! We are here with @sppdPIO & @MetroTransitMN PD all weekend! pic.twitter.com/zTuuiaxpmU