So Jon Ossoff lost: Is that a left swipe from millennial voters? 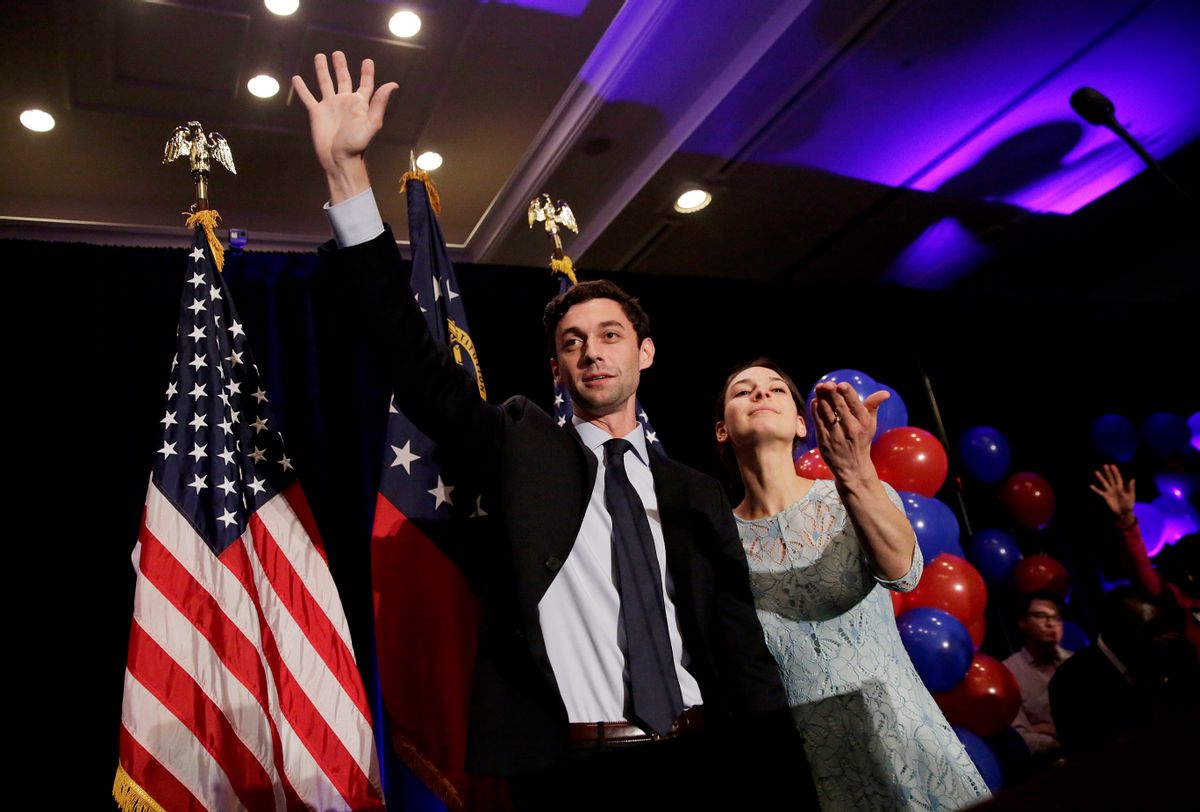 Tuesday night, 55-year-old Republican candidate Karen Handel defeated 30-year-old Democratic hopeful Jon Ossoff and secured the seat in Georgia’s 6th District in the most expensive congressional race in US history. The $28 million raised by the candidates drew national attention, but the contest was also viewed as an early test of each political party’s strength since Trump’s election.

Handel dimmed, if not doused, Democratic hopes that younger candidates will bring younger voters to polls. As both parties’ strategists evaluate the lessons of the race, their attention will turn to the role that Ossoff’s age played in his initial pre-runoff success and eventual failure. From a political perspective, youth has its appeal. Ossoff’s age created a buzz and a political story of promise, which helped propel him into the runoff but didn’t deliver him the big finish.

In the aftermath of the 2016 election, several progressive Democratic groups formed to support millennial-aged candidates running for public offices across the country. Among those groups: the Alliance for Youth Action, the Arena and Run For Something. “We entice millions of young voters into our sweet democracy,” the Alliance’s website declares.

Will the numerous-yet-elusive millennial voters go to the polls for candidates who are their own age, as strategists presume? Arguably, they should. Many issues under debate in Congress concern the long-term direction of the country — policies about which those youthful voters share the longest-term stakes like health care, Social Security and climate change.

Young progressive candidates have other advantages. For Democrats in their 20s and 30s, the 2016 election was a cycle in which winning candidates in both parties and those leading Congress were several generations older. When the presidential race ended in a historic upset, resulting in the election of a president who stands in opposition to the values they view as most important, they lost faith in the predictions and assumptions of those party leaders. The 2016 election created a kind of moral directive for these young Democrats, which is why so many hundreds have expressed interest in running, according to groups like Run for Something.

Young candidates also benefit from the explosion of social media, since its pervasiveness and accessibility make name recognition a more realistic possibility for political newcomers, the category into which younger candidates invariably fit.

Being young is more a matter of fact than an individual accomplishment, and Handel used Ossoff’s relative youth in her attack ads against him. One Republican strategist in charge of a wealthy super PAC said of Ossoff, “He wants to play dress-up and pretend to be a grownup and say, for five years he was a national security adviser when, in fact, he’s just a spoiled frat boy, playing dress-up and advocating for underage drinking.”

Other young candidates haven’t managed to tap into the millennial voting bloc promise either.

In May, Alexis Frank, a 26-year-old Democrat, lost a primary race for South Carolina’s 5thCongressional District. “The greatest thing I have received from this election is the realization that I care about this country way more than I ever thought I did,” she told supporters on Facebook.

In mid-June, Hannah Risheq, a 25-year-old Democrat from Virginia, lost a primary race for Virginia’s 67th Legislative District. As the daughter of a Muslim Palestinian immigrant father and a Jewish-American mother, she cast herself as a candidate informed by her age and background and focused on grass-roots support. She said, “They say they want young people to get involved. And then when you show up after getting an education and getting life experience, and you come back to your hometown and you are ready to make the difference, they’re like. ‘Well, you’ve been gone too long.’ . . . Well? I’m 25. When did you want me to get involved? So, I’m here.”

Those defeats have not stopped Lindsay Brown, a 28-year-old progressive millennial, from running in a primary for New Jersey’s 7th Congressional District. Notably though, Brown whose campaign platform calls for addressing man-made global warming, raising the minimum wage and welcoming Syrian refugees, is running in the Republican primary. Why? The New Jersey Democratic party “is not supportive of young people who don’t have deep, deep, deep political experience or a lot of money to fund their own race,” she said.

Ossoff’s loss shows Democrats cannot alone pin their hopes on the appeal of young candidates who often face longer odds than more established candidates. But losses don’t indicate the strategy’s failure. Millennial turnout in the 2016 presidential election was only slightly less than in 2012, and skewed more heavily for Clinton it did for than Obama. Millennial voters prevented more devastating losses in swing states like Michigan. As for Ossoff’s runoff in Georgia, the 2016 election was not determined by strikingly low millennial turnout so much as strikingly high Republican turnout. If candidates like Ossoff, Frank, Risheq and Brown lead more Democrats to become lifelong voters in midterm and local elections, they are fighting one of the party’s biggest weaknesses.