Is coconut oil healthy or not? There's a lot of misinformation out there

If there's one thing we've learned in recent decades, it's that fat is not just fat 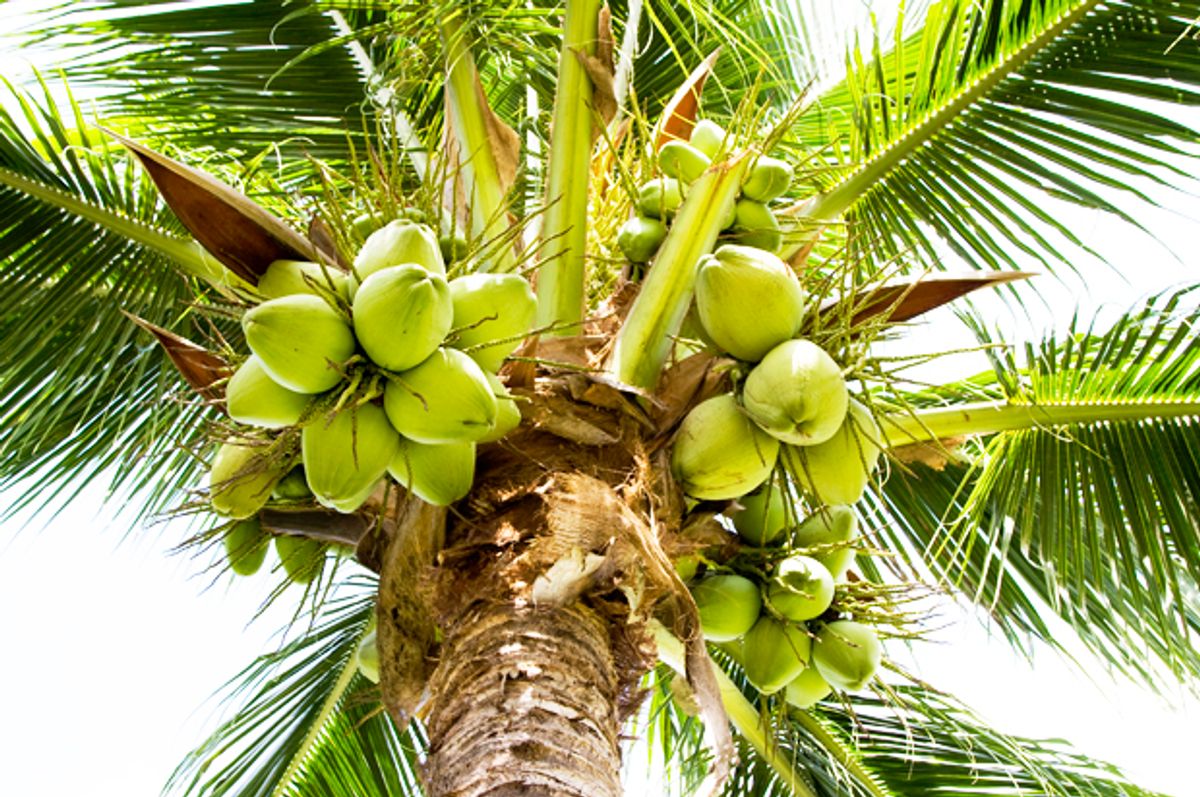 The subject of this question is the source of a disagreement. Initially, the question was thought settled decades ago, when scientist Ancel Keys declared all saturated fats unhealthy. Coconut oil, which is solid at room temperature, is a saturated fat.

Keys performed a famous "Seven Countries Study," comparing the diets and health outcomes of the populations of seven different countries. Decades later, Artemis Simopoulos, author of "The Omega Diet", re-examined the data. Keys misinterpreted his data by failing to distinguish between omega-3 and omega-6 polyunsaturated fats.

Could he have been wrong about saturated fats, too?

Today, advocates like Dr. Mercola and the Weston A. Price Foundation believe saturated fats should be entirely exonerated. Coconut oil is sold as a health food, and some eat it straight as a nutritional supplement. (They call the practice "oil pulling.") Literally eating a saturated fat like coconut oil from a spoon flies in the face of the recommendations of Ancel Keys, as well as the American Heart Association.

The AHA just reconfirmed its condemnation of saturated fats in a new publication. Here is how it's been reported in the news: "Coconut oil has more ‘bad’ fat than beef and butter: heart doctors;" "Coconut Oil May Have Just Lost Its Health Halo;" "Coconut oil isn't healthy. It's never been healthy."

Question: Did the journalists writing those headlines actually read the AHA's study?

They also have nothing to do with the main component of coconut oil: lauric acid.

Saturated fat is not just one chemical; it's several. The structure of these chemicals is similar, but they differ in how many carbons they have. Coconut oil is rich in lauric acid, a medium-chain saturated fatty acid with 12 carbons. Saturated fats in animal products tend to be comprised of palmitic and stearic acid.

The studies in the new AHA publication all had patients replace animal fats with polyunsaturated fats, primarily from soybean oil. They saw a drop in coronary heart disease in the groups that made the switch compared to the control groups. One could pick apart their statistical analysis or their research methods (some of the studies were far from double-blind) but as far as coconut oil goes, that is not even necessary. Plainly put, coconut oil was not a part of the study at all.

If there's one thing we've learned in recent decades, it's that fat is not just fat. And even dividing it into saturated and unsaturated fat is not enough to truly understand it. There are several different kinds of unsaturated fat, and now consumers know that omega-3s are the type they should eat. Beyond that, some products do not just boast of containing omega-3s, but specific omega-3s used by the human brain, EPA and DHA.

Short chain and medium chain fatty acids are digested differently than long chain ones. Therefore, it does not follow as a foregone conclusion that if replacing animal fats with polyunsaturated fats reduces heart disease, coconut oil is bad.

In fact, in a study in mice, coconut oil was found to be healthier than (unsaturated) soybean oil. Another study found oil pulling with coconut oil reduced plaque and gingivitis. Several studies that found beneficial effects of coconut oil specify that the effects come from virgin coconut oil, which has not been treated with heat or refined in any other way. For example, one study, also in mice, found virgin coconut oil helped with stress.

This is not to say that coconut oil is definitively wonderful. A study of coconut oil as large-scale and comprehensive as the American Heart Association's study would be more conclusive. Those studies involved hundreds of patients, and they lasted several years.

But lumping all saturated fats together, and drawing conclusions about coconut oil from a study that had nothing to do with coconut oil is simply wrong.