Ron Johnson on health care: "There's no way we should be voting on this next week" 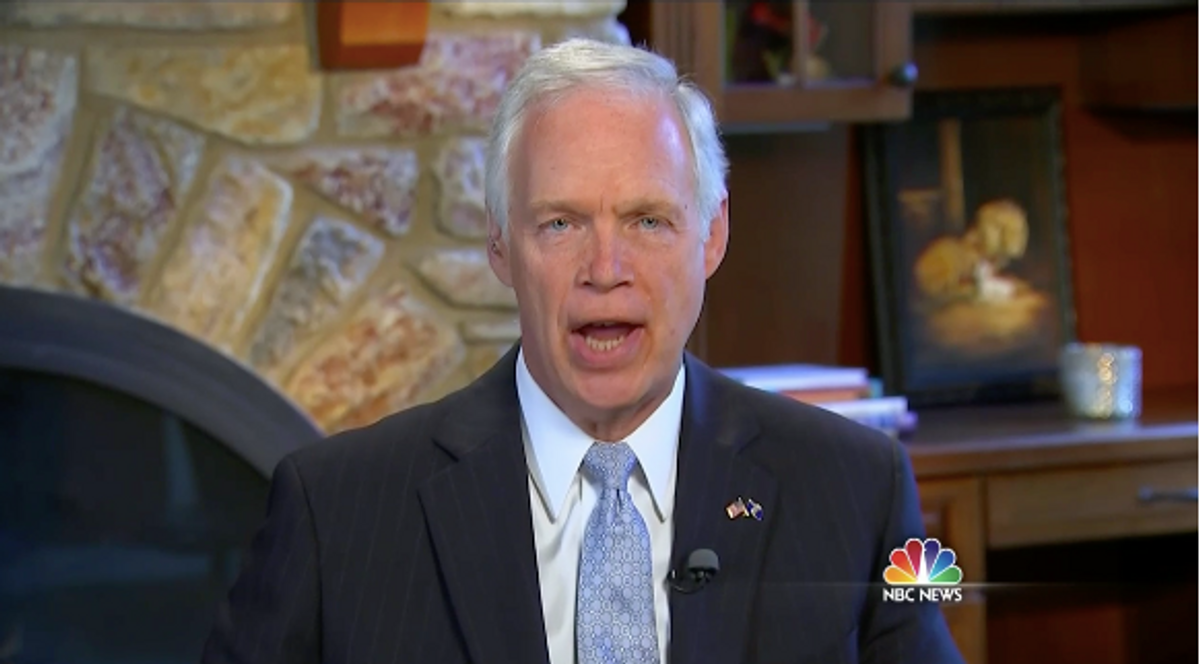 As a possible vote on the Senate health care bill rapidly approaches, some Republicans have already spoken out against the legislation and Sen. Ron Johnson, R-Wisc. said on Sunday that "there's no way" a vote on the bill should take place this week.

"I have a hard time believing Wisconsin constituents, or even myself, will have enough time to properly evaluate this for me to vote for motion proceed," Johnson told Chuck Todd on "Meet the Press."

"There's no way we should be voting on this next week. No way."

Johnson argued that the process should not be rushed and said they should "have the integrity" to "show them the truth." He is not the only Republican who has expressed criticism of the Senate's health care overhaul that would repeal and replace Obamacare. "I don't think the bill's adequate now," Ohio Gov. John Kasich told Dana Bash on CNN's "State of the Union" Sunday.

"And unless it gets fixed, I would — look, I'm against it," Kasich said. "Can they improve this bill? Yes, I think they could improve it. I hope they do," he explained.

Senate Majority leader Mitch McConnell R-Ky., is looking to bring the bill to the floor for a vote as early as this week, but he will still need large support from his party in order for the proposal to pass. So far there are nine Republicans in the Senate who may make that difficult, according to USA Today.

After the bill was finally unveiled last Thursday, Johnson along with Sens. Rand Paul, R-Ky., Mike Lee, R-Utah, Ted Cruz, R-Texas, criticized the Senate health care proposal. "It does not appear this draft as written will accomplish the most important promise that we made to Americans: to repeal Obamacare and lower their health care costs," the group wrote, according to USA Today.

If the bill stays as-is, they collectively said they weren't ready to vote for it, however they also said they "are open to negotiation and obtaining more information before it is brought to the floor."

Other Republicans such as Sens. Marco Rubio R-Fla., Susan Collins, R-Maine, Lisa Murkowski, R-Alaska and Dean Heller of Nevada have also expressed concerns over the bill, though it's still unclear how they would cast their vote.