CNN's host of "Reliable Sources" watched "Fox & Friends" for a week straight. Here's what he found 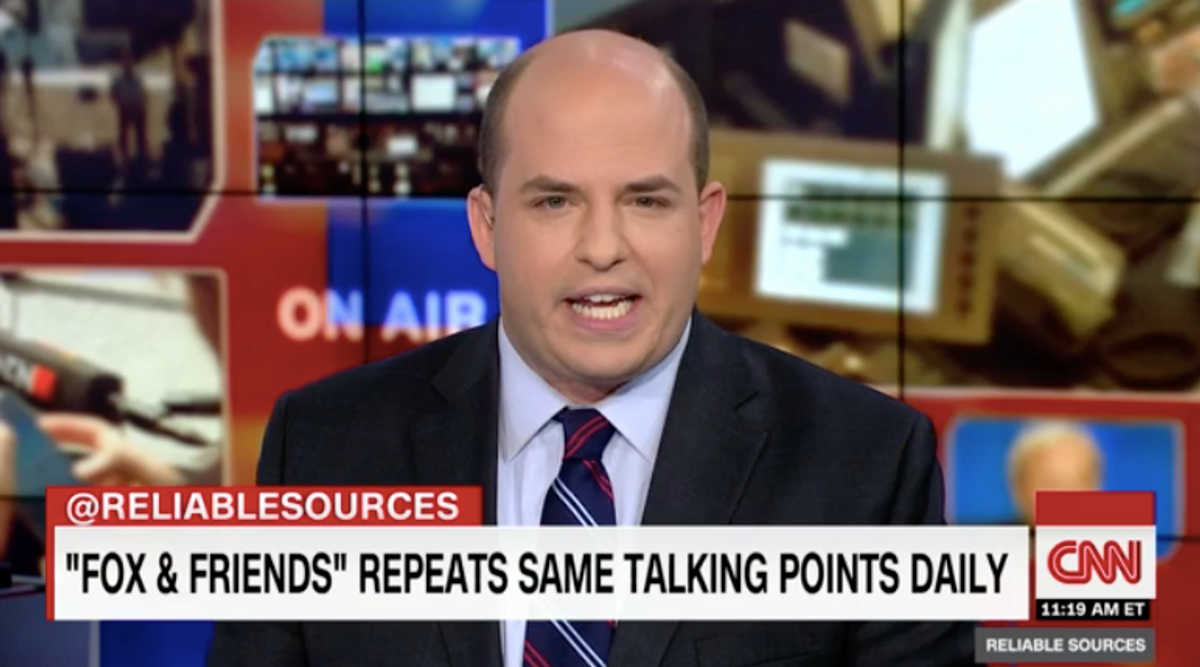 If President Donald Trump had his own infomercial, it would be the Fox News morning show "Fox & Friends," according to CNN's Brian Stelter.

Trump's undying affection for the conservative morning show — which is more of an echo chamber than a news broadcast — is far from hidden. The president has constantly tweeted about how the show is superior to the "fake news media." Here is just a recent sampling of the dozens, if not more, of tweets the president has posted to praise the show. After the "Reliable Sources" staff at CNN watched an entire week of broadcasts they determined that "Fox & Friends" is "Trump's safe space." That is, of course, because show's hosts steep the president in compliments on a daily basis and invite on the program guests — often politicians — who are looking to gain some loyalty points.

"The show is about showering Trump with positive attention and burying his enemies with negative attention," Stelter said on Sunday. Among the show's biggest enemies? The "liberal media" of course. Other themes on the show include undermining special counsel Robert Mueller and flatly stating that any collusion between Trump and Russia is unequivocally false. While no definitive evidence has surfaced about collusion, that doesn't mean it can't be written off as impossible, which is basically the entire point of an investigation.

"Watching for an entire week," Stelter said, "we saw lots of the president's friends. But almost no dissenting voices." Anyone who has criticized Trump has been shown in a soundbite "which were then knocked down."

"It's all about optimism for Trump, resentment about his opponents," Stelter explained.