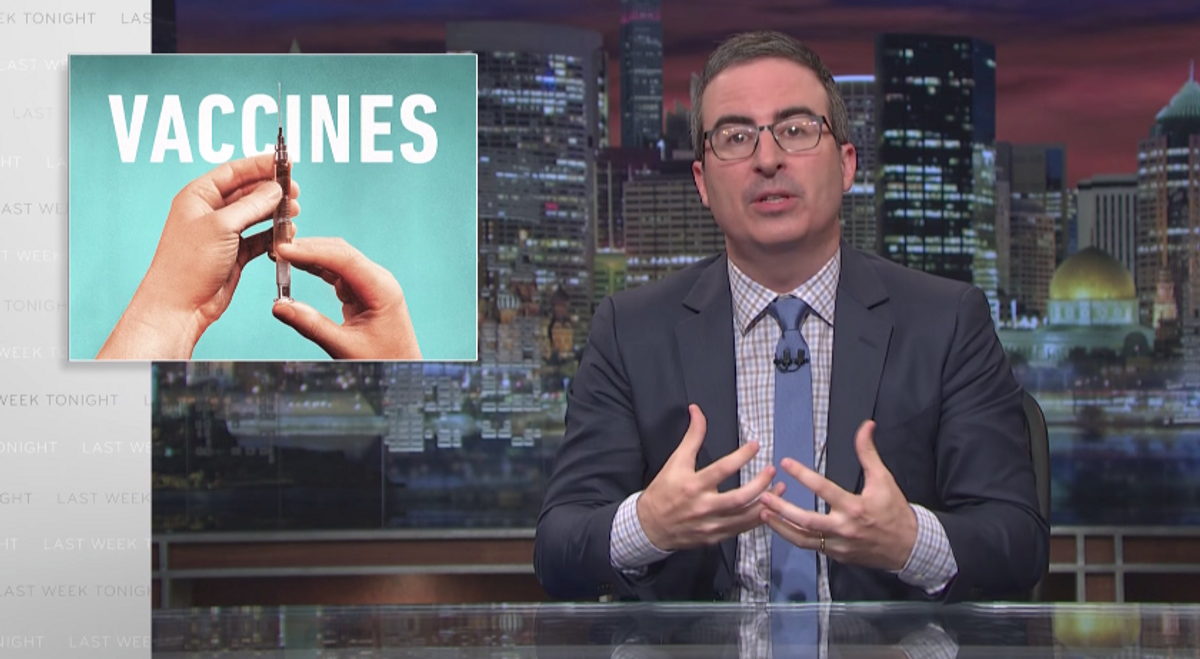 On Sunday's episode of "Last Week Tonight" host John Oliver broke down the importance of vaccinations and dispelled the myths surrounding parents who have taken strong opposition to giving their children shots. The comedian said he understands how people can often forget how beneficial vaccinations can be because nobody posts a Facebook status that says, "I didn’t get polio again today!"

He explained that parents researching vaccinations can usually lead to an information overload. During his campaign, President Donald Trump expressed skepticism over vaccines, saying that he believed children receive too many shots at once, and wanted to spread out how frequently children are given the shots. Oliver noted that an unprecedented rise in measles has broke out in Minnesota's Somali community because parents have refused to give their children the shots. This is partly due to blatantly false information they received from Andrew Wakefield who published studies with distorted data that linked the MMR vaccine to autism — there is absolutely zero link. Wakefield had his title as a doctor revoked.

The late-night comedian noted that the majority of the opposition sits somewhere in the middle. "Very few people will say they are completely anti-vaccine," he said. "Instead — like the president — they'll say 'I'm not anti-vaccine, but.'" Oliver said that what comes after that but is what he wanted to clear up for parents.

Oliver then ended on a more personal note, and said that as a parent he truly understands why these can be scary decisions for parents but that these aren't decisions parents are just making for their child, because it can impact the lives of other children as well. Oliver said that his child was born prematurely, but despite that, he plans to fully vaccinate his kid on schedule.