Elizabeth Warren: It's time for Democrats to run on single-payer health care

Elizabeth Warren suggests that the Democratic Party adopt the progressive agenda, including a single-payer plan 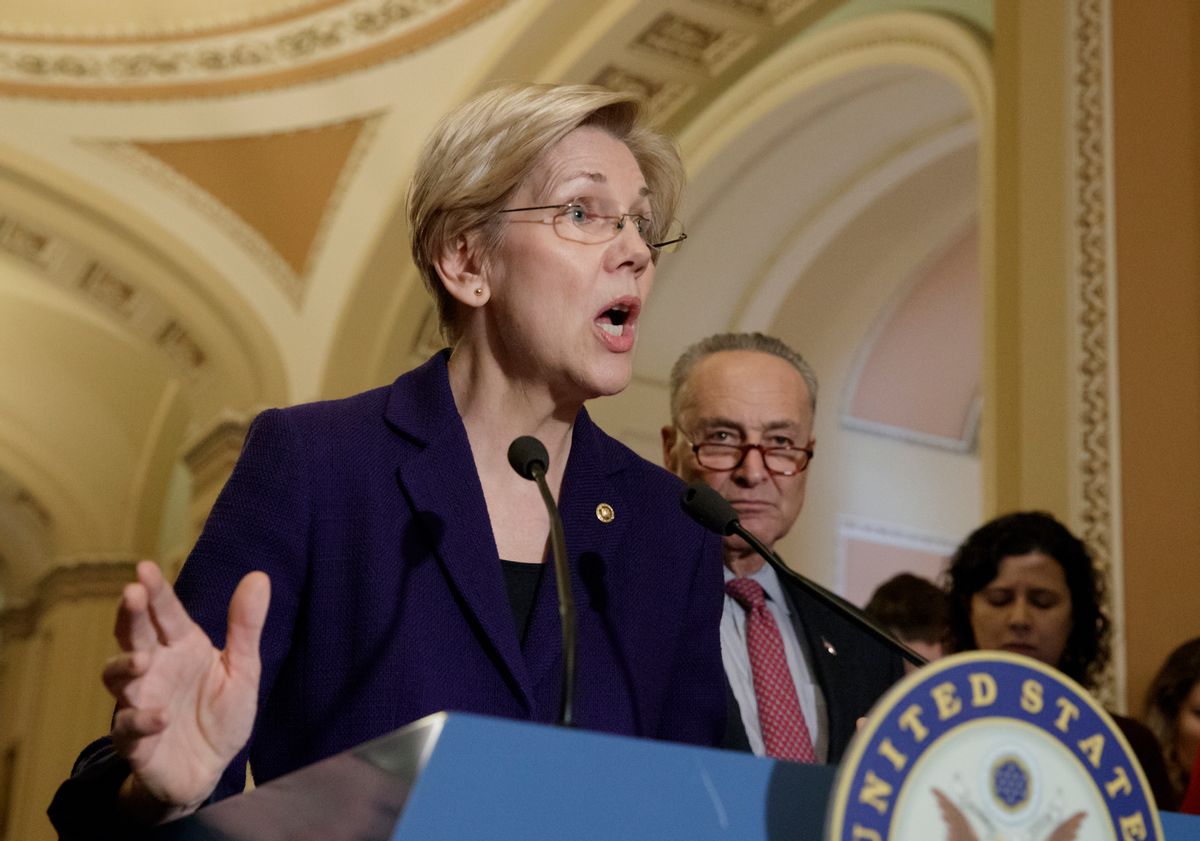 As the GOP attempts to slash Medicaid and repeal Obamacare in Congress, Sen. Elizabeth Warren is barnstorming her state of Massachusetts, advocating for a single payer system that should, in her mind, be wholly adopted by the Democratic Party.

“President Obama tried to move us forward with health-care coverage by using a conservative model that came from one of the conservative think tanks that had been advanced by a Republican governor in Massachusetts,” she told The Wall Street Journal in an interview last week. “Now it’s time for the next step. And the next step is single payer.”

Warren, a member of the progressive wing of the Democratic Party, has been on a tour in conservative districts in Massachusetts, reaching out to working-class voters who abandoned her party in the last election.

In Lowell, Massachusetts, Warren said across the nation there was was significant support for raising the minimum wage, expanding Social Security, forgiving student loan debt and cracking down on the financial services industry, the Journal reported. She argued that Democrats would be better served by campaigning on the progressive agenda and distancing themselves as much as possible from the toxic Republican Party.

"The progressive agenda is America's agenda. It's not like we're trying to sell stuff that people don't want," Warren said. "It's that we haven't gotten up there and been as clear about our values as we should be or as clear and concrete about how we're going to get there."

While Warren is advocating for a single-payer system on a national scale, Democrats in California saw their trial balloon shot down last week when Assembly Speaker Anthony Rendon, a Democrat, killed a bill pushing a state-based single-payer system.

The legislation passed in the California Senate in early June, but critics of the bill called it "woefully incomplete" and felt holes needed to be filled before the legislature moved forward with a single-payer system.