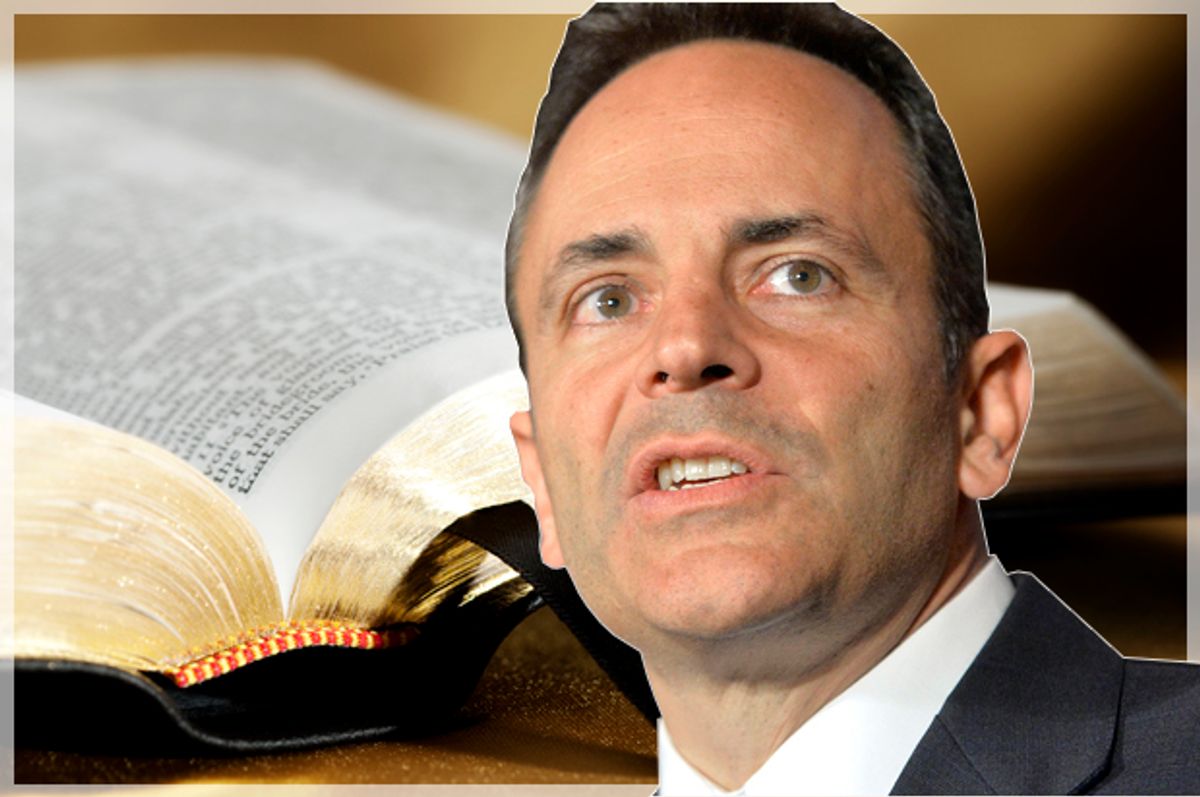 Kentucky Governor Matt Bevin signed into law a bill that will allow courses on the Bible to be taught in public schools beginning on Friday. Overwhelmingly passed by Kentucky's Republican-controlled state legislature, HB 128 gives Kentucky school boards the option to add elective courses on Bible literacy to their social studies curriculum.

According to the bill, the courses must discuss all aspects of the Bible — such as characters, poetry, and narratives — because they are "prerequisites to understanding contemporary society and culture."

The bill's supporters argued that Bible literacy courses as a way to get a better insight on the structure of the country. Republican Senator Stephen West said the bill serves a "secular purpose," claiming it would "help to educate our kids on the background of how they came up with our founding documents."

“It really did set the foundation that our founding fathers used to develop documents like the Declaration of Independence, the Constitution, the Bill of Rights," Republican Rep. D.J. Johnson said, "all of those came from principles from the Bible."

The ACLU of Kentucky, however, expressed concern that the courses could "become unconstitutional in its implementation.” ACLU Advocacy Director Kate Miller told WDRB-TV: “We want to make sure that teachers can teach and make sure that they don't go in to preach.”

This isn't the first time religion has been used as an answer to the state's issues. In June, Bevin announced his solution to devastating gun violence: prayer-groups. His proposal involved the groups patrolling areas of the West End of Kentucky to "pray away" the violence as part of his anti-violence initiative.

"You don't need permission from me how to do it," Bevin said during a meeting at Western Middle School. "You know, you walk to a corner, pray for the people, talk to people along the way."