Could a tragedy like the Grenfell Tower fire happen in the U.S.? 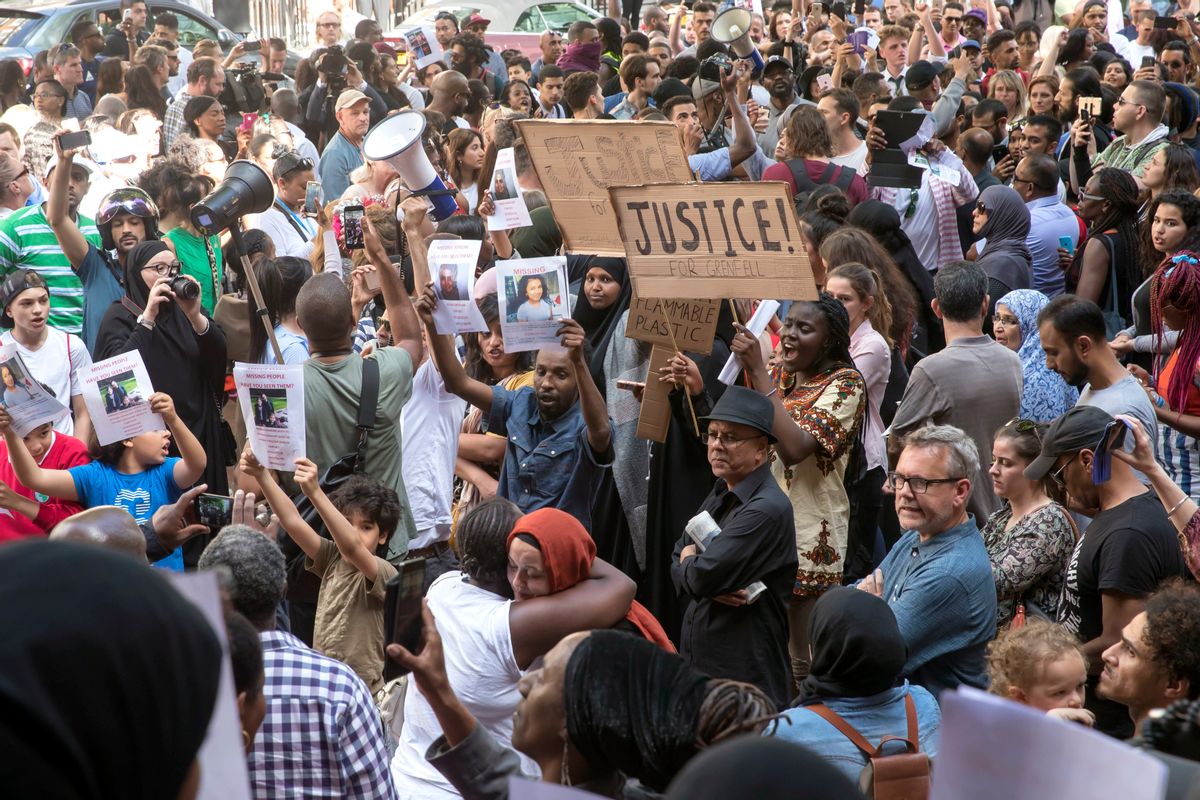 The Grenfell Tower fire in London has triggered questions about how the tragedy could have happened, whether it could happen elsewhere, and what might be learned from it to prevent future disasters. As a professor of fire protection engineering, I know that the answers are not simple, and the fixes not quick.

Investigations into what actually happened at Grenfell Tower are still ongoing. While some factors have been identified, completing the picture could take years. As details emerge, though, it may not be easy to translate them to other situations. Buildings differ widely, based on when each was constructed and any renovations or other modifications since. And then there are the different rules, design concepts and construction practices that vary from country to country, and, in the U.S., sometimes from state to state.

The basic problem, however, is clear: The Grenfell Tower fire spread much faster and more intensely than anyone expected. From what we know so far, there are physical, cultural and legal reasons dozens, and possibly hundreds, of people died. Addressing each of them will help British authorities, and fire protection and fire prevention professionals around the world, improve their efforts to reduce the chance of future tragedies like the one at Grenfell Tower.

It appears that the main problem was the dangerously flammable cladding, the material covering the outside of the building – aluminum panels with foam insulation installed in a recent effort to improve the building’s energy efficiency. Once the fire escaped the apartment where it began, reportedly in the refrigerator, and ignited the cladding, the rest of the building was primed to burn quickly.

Additional insulation underneath that cladding may have released poisonous fumes as it burned, overcoming residents who might otherwise have escaped the flames.

In addition, the building lacked an automatic fire-sprinkler system, and had only a single stairway to get out.

That lone stairway — and the fact that building occupants were reportedly told to remain in their apartments in case of fire — are the result of fire safety culture influencing emergency planning. In England and around the world, including the U.S., the historical approach has been to rely significantly on the fire resistance of the structure itself to contain the fire. We call this “passive” fire protection, and it largely involves using non-combustible materials to separate areas, limiting how far a fire can spread.

This concept has been used at least since the 1666 Great Fire of London, as a way to prevent city-wide conflagrations from developing when a blaze burning in one building catches the structure next door. The same principle is used within buildings, for example by requiring fire-resistant construction among apartments or offices on each floor, as well as between floors.

However, the concept only works when the initial fire is contained. That didn’t happen at Grenfell Tower. Once the fire reached the external cladding, it spread rapidly. If the building’s residents had their windows open for ventilation, the fire could have spread even faster: The heat just outside could have ignited drapes or other items near the windows.

With multiple fires burning simultaneously in different apartments on several floors, the situation would have been grim. There were no sprinklers to quench the flames. And the only stairway down for the building’s occupants was also the only stairway up for firefighters coming to the rescue.

This situation was very similar to the confluence of problems in the 2001 World Trade Center disaster, when multiple fires burned across several floors simultaneously, the automatic sprinkler system was damaged, and some exit stairways were blocked. Occupants of the Twin Towers buildings and Grenfell Tower who were above the fires had few options — because they were not expected to need them. The regular fire safety plans didn’t call for immediate evacuation, because the building’s construction was supposed to keep a large fire from happening.

Those expectations about how structures will function in a fire inform the rules people make about how to protect occupants of a burning building. In most countries, including the U.S., the rules governing how buildings are constructed are enforced when a new structure is going up.

As we learn more over time about how to keep people safer, building codes change — but they usually apply just to new structures, not existing ones. The new codes can kick in if there’s a major renovation or expansion project or the building’s main use changes from, say, offices to apartments. That means many buildings aren’t up to modern standards.

In addition, it takes time from when a model building code is published, to when it becomes adopted into legislation. As such, even a building constructed in 1997, if it hadn’t been significantly renovated, may not have to comply with new provisions introduced in the 20 years since.

There are some exceptions. Many parts of the U.S. required building owners to install automatic sprinkler systems in existing high-rise buildings in the wake of the 1980 MGM Grand Hotel fire in Las Vegas. A similar requirement in the U.K. didn’t take effect until 2007; existing buildings are not covered unless a specific risk assessment recommends otherwise.

Could it happen here?

There have been many exterior-cladding fires in high-rise buildings around the world, including in Australia, the Middle East and here in the U.S. In September 2007, the Water Club tower at the Borgata Casino hotel in Atlantic City, New Jersey, caught fire. The building was under construction at the time, so it was largely unoccupied. And there was a concrete wall separating the burning cladding from the rest of the building.

In the U.S., most fire codes limit the use of combustible exterior cladding material, particularly on high-rise buildings. The requirements for automatic sprinklers (one element of what we call “active” fire protection systems) and at least two escape routes from every floor add depth to these defenses. Together, these rules increase the chance that a small fire will be put out quickly, reduce its ability to spread up the side of the building, and help people get out if they need to.

But at least in the U.S., most will have both sprinklers and multiple escape routes. So while another tragic event like the Grenfell Tower fire is possible, we can hope that building owners and fire protection experts alike will learn from this disaster and work even harder to prevent it from happening again.