Some things are indefensible. Tell that to Trump's White House after he goes on a tweetstorm 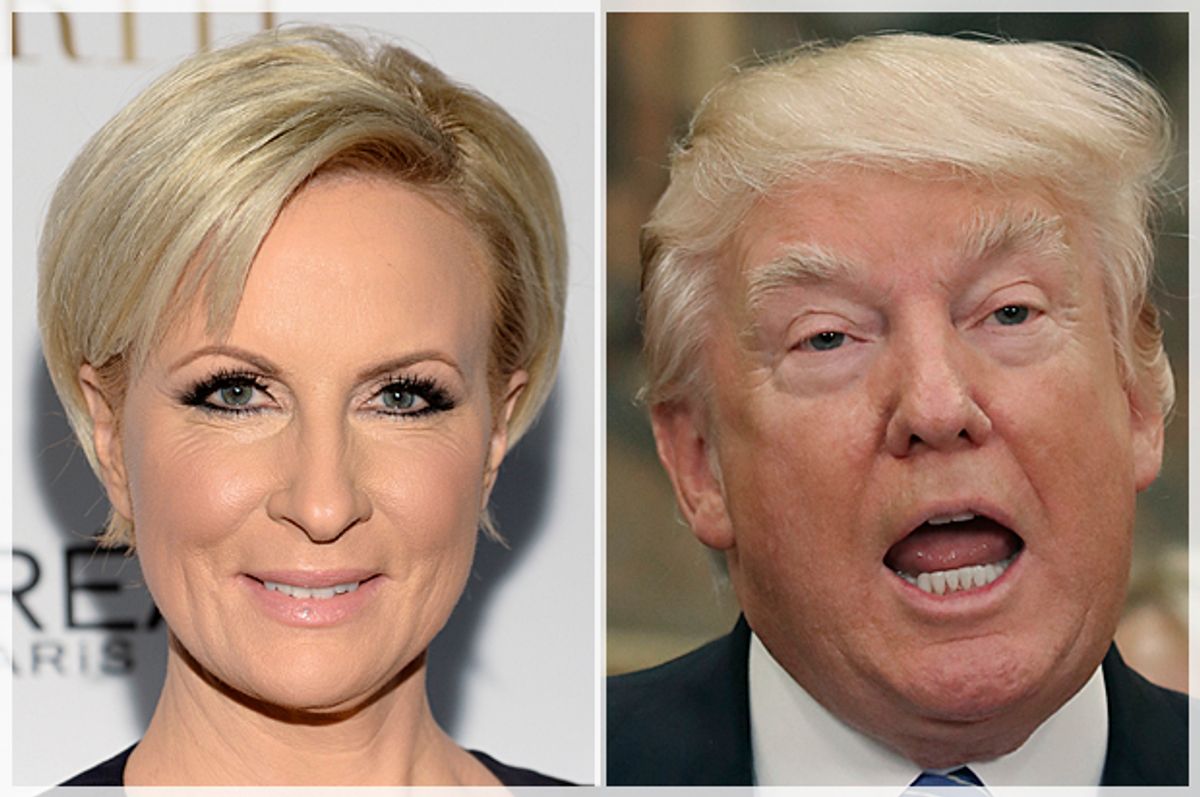 On Thursday morning President Donald Trump tweeted a brazenly sexist attack at MSNBC's "Morning Joe" female co-host Mika Brzezinski. It wasn't the first time he issued a Twitter attack, and it likely won't be the last.

But while Republicans were shocked at the outburst, Trump's White House doubled down on its bully defense. It started with first lady Melania Trump.

"As the first lady has stated publicly in the past, when her husband gets attacked, he will punch back 10 times harder," communications director Stephanie Grisham said in a statement. These comments contradicted Melania's once stated agenda: the problem of cyberbullying on the internet.

The West Wing also refused to apologize, with deputy press secretary Sarah Huckabee Sanders telling Fox News that Trump "is a president who fights fire with fire." Citing an "outrageous number of personal attacks . . . to everyone around him," she said that he "will not be allowed to be bullied by a liberal media and the liberal elites within the media or Hollywood or anywhere else."

But when Trump is involved in a controversy, it's fair to say that Sean Hannity will be quick to defend him. The Fox News host wasted no time Thursday morning, coming to Trump's defense.

"Maybe liberal Joe should stop calling the [president] a schmuck, a liar, a thug and mentally unhinged. Were they kissing [the president's] ass at xmas? Yes," he tweeted.

Ironically, in Trump's 2015 book "Crippled America," he said the president should restore "a sense of dignity to the White House."

While the media has been a popular target of Trump's tirades, but there has been a distinct pattern in his Twitter rants towards the "Morning Joe" hosts. As the Washington Post noted, Trump as singled out Brezinski and has hit her harder.

To her credit, Brezinski delivered the best return to Trump's attack: A picture alluding to the president's so-called tiny hands.