Elizabeth Warren says there are things to be positive about 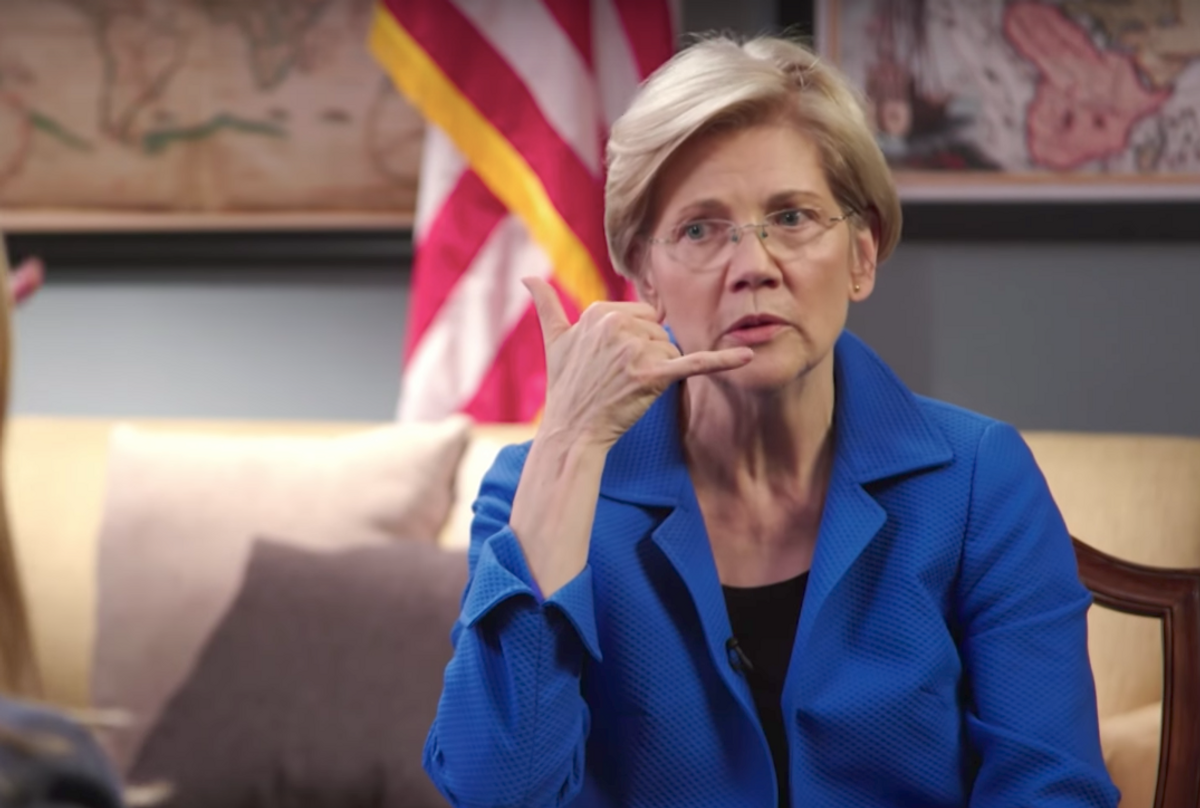 Samantha Bee has been going through self-described "bunker funk." And so, the "Full Frontal" host went to see one of the best experts she could find on the current political situation: Massachusetts Sen. Elizabeth Warren.

"I am exhausted. I am personally broken," Bee confessed. "People come up to me on all the time and they're like, What do I do? What do I do? Help me. So my question to you is: What should I tell them?"

"You get in the fight, and then you fight as hard as you can," Warren replied.

"But what does that mean?" Bee asked.

"It means that when you're told to be quiet, you don't sit down and be quiet," Warren answered. "You stand back up."

Warren was referring to Sen. Mitch McConnell, R-Ky., who silenced Warren earlier this year for trying to read a letter from Coretta Scott King — Martin Luther King Jr's widow — who opposed the appointment of Jeff Sessions to the federal bench in 1986 during Sessions' confirmation hearing for attorney general.

Since then, Warren has become one of the more popular and strongest progressives in the Democratic Party, saying she'll keep an eye on the Department of Education, fighting for single payer health careE and even entrenching herself into the culture of the progressive wing of the party.

Warren then revealed something surprising: She said she thinks America will come out better than when we started, "because we don't have any choice."

Bee also asked Warren for advice on how to combat the haters. Watch the full segment above.