Greta Van Susteren is out at MSNBC after six short months 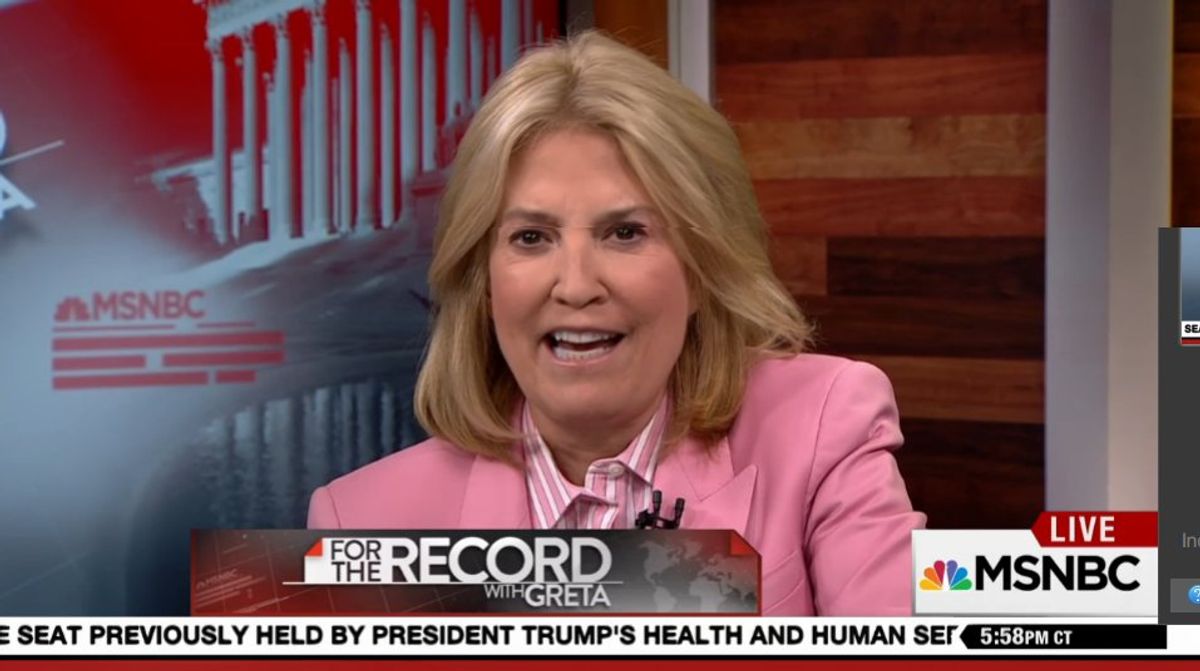 "They let her go," her husband John Coale said, according to CNN. "We're working out contract issues now," he added. She will be replaced by MSNBC's chief legal correspondent, Ari Melber.

In a statement to employees, MSNBC President Phil Griffin said, "MSNBC and Greta Van Susteren have decided to part ways. Greta is a well-regarded television veteran and one of only a few broadcasters who can say they've hosted shows at all three major cable news networks. We are grateful to her and wish her the best," according to CNN.

Van Susteren spent 14 years at Fox News, and was reportedly "very happy" with the way her new show was doing at MSNBC. "I love the show," she told the Hollywood Reporter in April. "A lot of the same staff came over with me. I'm in the same building. I'm about four parking spots away from where I was in the building. The show is practically the same title. Everything's pretty much the same."

Earlier this month, MSNBC struck a deal with conservative radio host Hugh Hewitt who will have a 30-minute show on Saturday mornings at 8 a.m. The network also hired notable climate change skeptic, Bret Stephens, who was also recently hired as a columnist for the New York Times in April. Stephens will appear on NBC News and MSNBC as a contributor, according to the Huffington Post.