Maine Gov. Paul LePage: Government shutdown "is necessary for the future" of the state 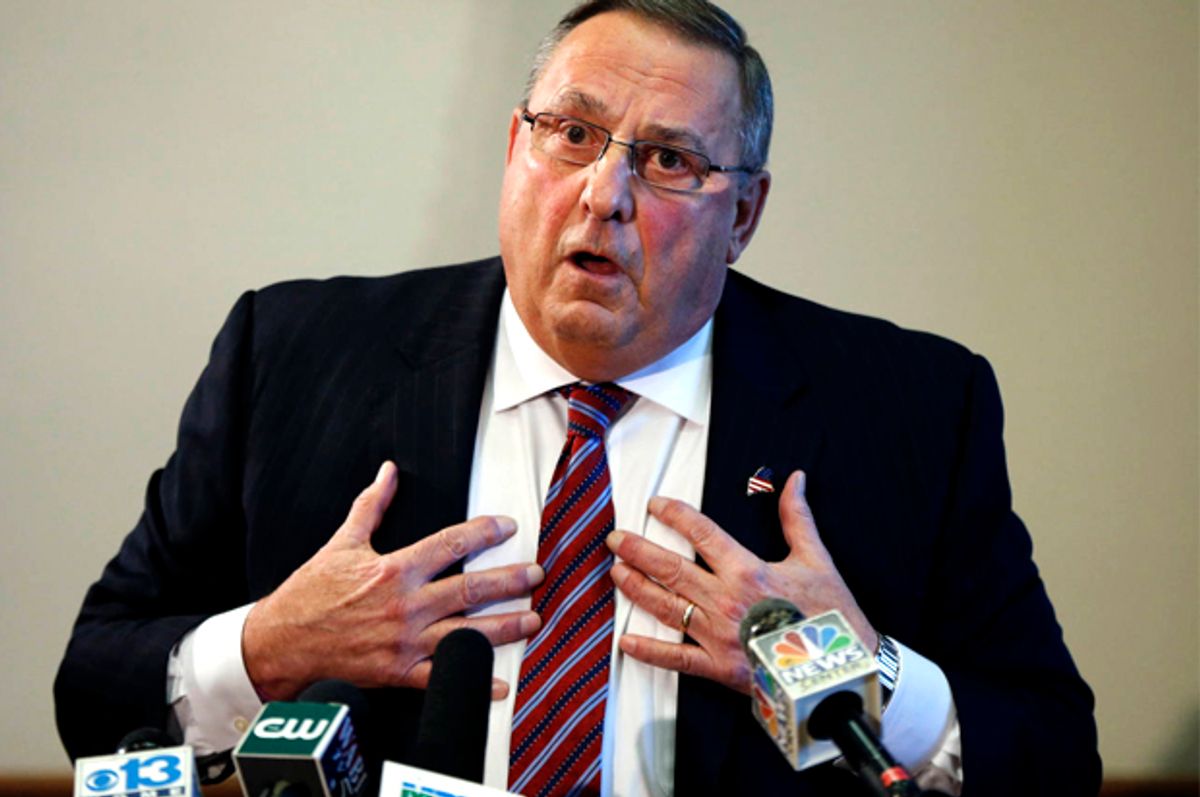 Maine's state government is headed for a government shutdown on July 1 if they can't pass a two-year $7.1 billion dollar budget proposal. And that doesn't seem to be a problem for Maine Gov. Paul LePage.

“[The shutdown] starts midnight tomorrow night. I’m not playing anymore," LePage warned in an interview with WGAN radio Thursday. "If there is a tax increase, get ready for a shutdown."

The Maine legislature is likely to pass a bipartisan budget bill that 1 percent raise in the lodging tax to cover additional education funding.

LePage slammed Democrats and Republicans who wanted to pass something he doesn't like. “They don’t get there," he responded to a question about what they lawmakers could to get LePage to work with them. "They work with the administration.”

Twelve thousand state employees' jobs may be in jeopardy if the state shuts down. "It is at the governor's discretion to determine which jobs are non-essential and essential," a spokesman for Maine Speaker of the House Sara Gideon, D-Freeport, told Salon. "There are 12,000 state employees in Maine and it is unclear how many won't have jobs during the shutdown."