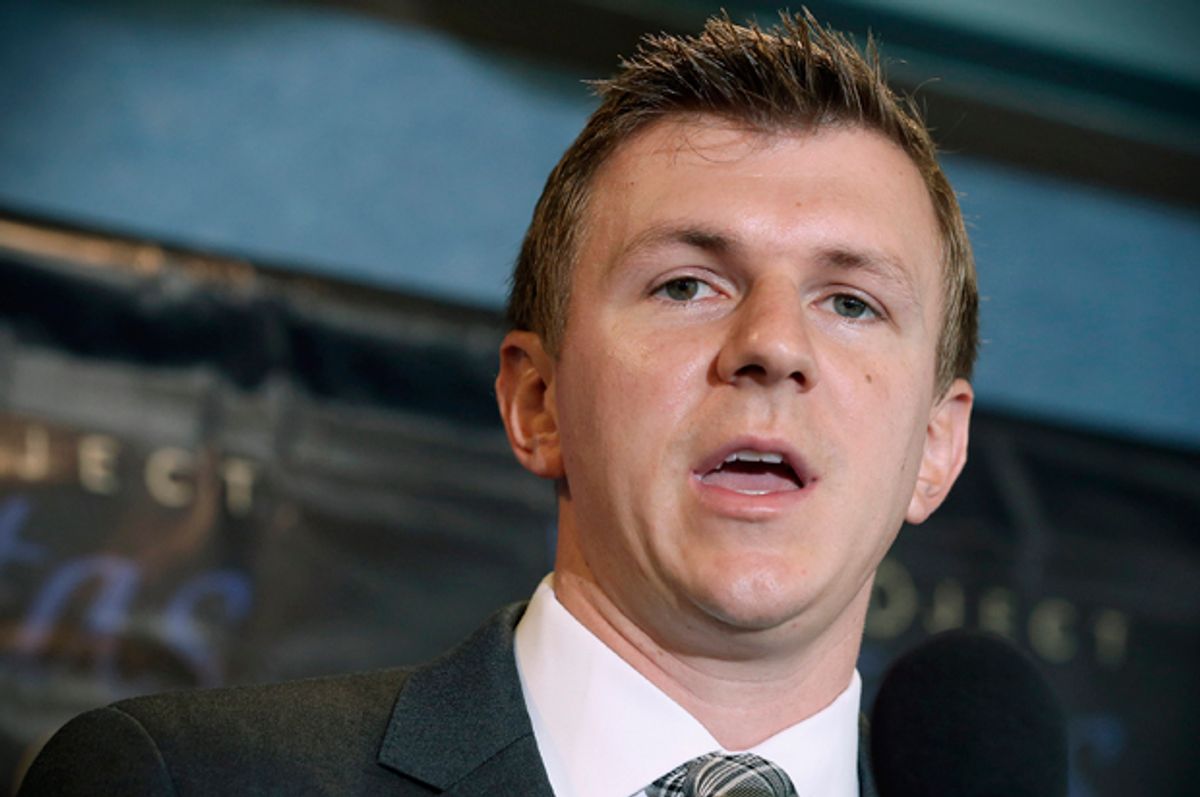 They did it again. Republicans have fallen for another deceptive video produced by James O’Keefe, the well-known scam artist who has been responsible for some of the most egregious fake news of the last several years. This time the Trump White House and the president’s dwindling cabal of loyalists are busily rending their garments over a video on which O’Keefe claimed to have captured a CNN producer named John Bonifield saying that the network’s Trump-Russia coverage is purely a ratings stunt that lacks any real evidence.

Of course the video isn’t exactly what it claims to be, but that’s never stopped the Republicans, especially members of the congressional GOP caucus, from lashing their reputations to O’Keefe’s videos — despite the fact that every single video O’Keefe’s ever produced has been resoundingly debunked. We’ll circle back to the CNN video shortly. In the meantime, let’s recap.

O’Keefe’s video shenanigans began with a fraudulent sting operation orchestrated against the now-defunct community activist group called Acorn. It all began with a 2009 video in which O’Keefe dressed up as a pimp and attempted to elicit advice from low-level Acorn workers about how to evade taxes on his supposedly illegal operations. The news media widely debunked the videos and proved that they had been selectively edited to make it seem as if the workers had played along with this fictional pimp.

That didn’t stop House Republicans from using the video as a pretext to defund Acorn dozens of times, even after the organization was shut down amid the non-scandal. Andrew Breitbart, O'Keefe's financier and the future employer of Steve Bannon, admitted to the hoax, telling a 2010 rally crowd, "So I'm going to have to stage a series of tricks to get the mainstream media to have to pay attention to it. So that's what I did. I admit it; I tricked you."

O'Keefe released another video in which he claimed that National Public Radio executives agreed to meet with men posing as Muslim Brotherhood representatives, who had supposedly expressed interest in donating money to NPR. The video appeared to show an NPR executive, Ron Schiller, observing that the Tea Party is driven by xenophobia and race and that its leaders employ race as a wedge.

Two of NPR's top executives, including Schiller, were fired. Amazingly, Glenn Beck's outfit The Blaze outed the video as having been selectively edited, kicking off an avalanche of debunking.

Once again, the House Republicans ignored the aforementioned debunking and voted to defund NPR largely because of O'Keefe's scam.

One of the biggest news stories of the summer of 2015 (not counting the debut of a real estate tycoon's seemingly laughable presidential campaign) was Planned Parenthood’s alleged selling of dismembered fetus parts on some grisly black market. While these videos weren’t produced by O’Keefe himself (his colleague David Daleiden took over production duties this time), it was perhaps the biggest scam video to date. In it, a doctor who worked for Planned Parenthood describes in detail how abortions are performed in order to preserve the desired organs. While eating salad and drinking red white, she appears to say that such fetal organs sell for anywhere from $30 to $100.

Of course this was all taken out of context and mixed around to appear far worse than the reality of the situation. It turned out that Planned Parenthood legally donates fetal tissue to medical research firms — when permission is given by women choosing abortion. This is entirely legal under a fetal tissue research law that was passed in 1992 with the votes of 30 Senate Republicans and had been supported by Ronald Reagan’s secretary of health and human services. Such tissue is used for medical research about treatments and cures for various illnesses, including diabetes, Parkinson’s disease and Alzheimer’s disease.

Furthermore numerous investigations, including probes under the supervision of Republican governors like Florida’s Rick Scott, completely exonerated Planned Parenthood from any wrongdoing. States like Pennsylvania, South Dakota, Massachusetts, Georgia, Indiana, Florida and Missouri, among others, found zero evidence that any clinics had illegally sold fetal tissue.

Once again, the facts were irrelevant. Republicans used these videos as props to engage in their party’s most graphic crusade against Planned Parenthood to date. You might remember how then-presidential candidate Carly Fiorina falsely claimed to have seen a video of "a fully formed fetus on the table, its heart beating, its legs kicking" that was supposedly being kept alive so its organs could be harvested.

Even the moderate Republican in the field, Ohio Gov. John Kasich, signed a bill to defund Planned Parenthood. Naturally, multiple congressional and state votes took place with the goal of stripping away the organization's funding – efforts that continue to this day with the inclusion of a defunding amendment in the Senate GOP's health care bill, the Better Care Reconciliation Act.

And now we have this ridiculous CNN video in which a producer apparently says, “I just feel like they don’t really have it, but they want to keep digging. And so I think the president is probably right to say, like, look, you are witch-hunting me. Like you have no smoking gun; you have no real proof.”

Almost as soon as the video dropped online, we learned that Bonifield, the subject of the video, Mr. Bonifield, doesn’t work for the news and politics department at CNN. Instead, he’s a producer on health and medical stories, according to The Washington Post. Additionally, he works out of Atlanta, not Washington or New York where CNN’s political coverage originates. Ultimately, Bonifield isn’t saying anything that we haven’t heard already from prominent Trump supporters, as well as from progressives like Glenn Greenwald and Matt Taibbi who are collectively denying or soft-pedaling the veracity and significance of the Trump-Russia story.

The lengthy history of O’Keefe’s mendacity didn’t stop the Trump White House, via spokeswoman Sarah Huckabee Sanders, from plugging the video and treating it as legitimate journalism. That's pretty rich coming from a White House that loves to criticize major press institutions like The New York Times as “fake news.” Sanders urged the entire nation to watch the video, and Donald Trump Jr. tweeted a link to O'Keefe's scam. It’s also worth noting that the Donald Trump Foundation donated $10,000 to O’Keefe’s Project Veritas in 2015, when the Planned Parenthood videos were being hotly debated.

Republicans might as well be vouching for the authenticity of Wookiees. That’s how ludicrous it is to keep on attaching yourself to a series of obviously fake videos. Worse, Republicans routinely use these videos as springboards for legislation, which, in keeping with our fantasy metaphor, is like legislating tax cuts for hobbits and wizards after watching a “Lord of the Rings” marathon on TNT. It’s one thing to cherry-pick evidence; it’s still evidence, after all. It’s another thing entirely to cite provably false propaganda videos as catalysts for the passing of laws. Are we supposed to take these Republicans seriously on an entire menu of issues? This might ultimately lead the American people to wonder how many other planks of the GOP platform are based on total fiction.