As the president fires off crazier and crazier tweets, Colbert tries to imagine Obama in Trump' shoes 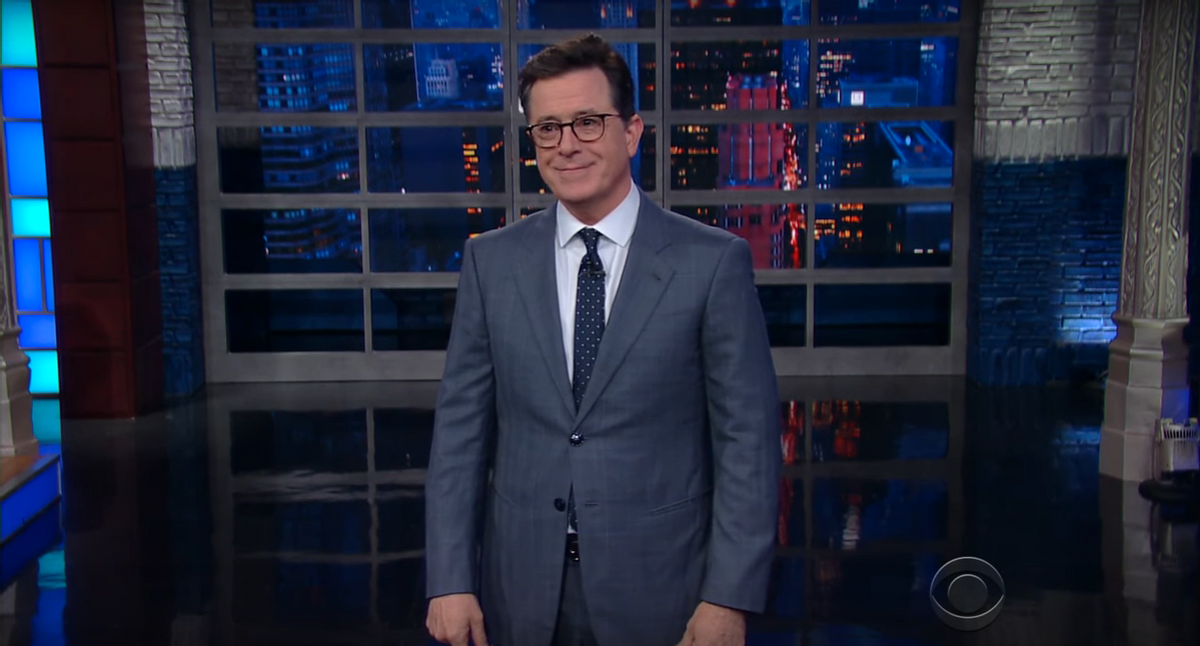 President Donald Trump's ego is so large, he made counterfeit copies of the cover of Time magazine with his face plastered on the front and prominently displayed them at his golf courses across the country.

This was a story broken by The Washington Post's David Fahrenthold, a Pulitzer Prize winning journalist who reported that the dubious Time cover had hung in at least 17 Trump properties.

Upset with the piece, Trump responded by calling The Washington Post "fake news" in a tweet. His audacity knows no bounds, obviously, as he also suggested that the internet company was not paying its "internet taxes."

"The Late Show" host Stephen Colbert immediately fact checked the president in his monologue Wednesday, informing his audience that Amazon does indeed pay their taxes, although there was no such thing as "internet taxes."

For Colbert, the most audacious part of that tweet — beyond the president making up a new tax — was calling The Washington Post "fake news" despite Fahrenthold catching him red-handed.

If Trump had not already referred to The Washington Post and the mainstream media as fake news on a daily basis, people would begin to wonder if their president had lost his sanity.

"We know you think the Washington Post is fake news," Colbert reminded the president. "You do not have to keep telling us. I mean, Obama didn't wake up every morning and tweet: 'Still first black president. #iamthedream.'"

"He didn't have to," Colbert added.

Trump's tweeting has become so absurd that it is impossible to imagine any other president getting away with it. And less than 12 hours later, he'd once again add to his ever-growing list of jaw-dropping tweets.