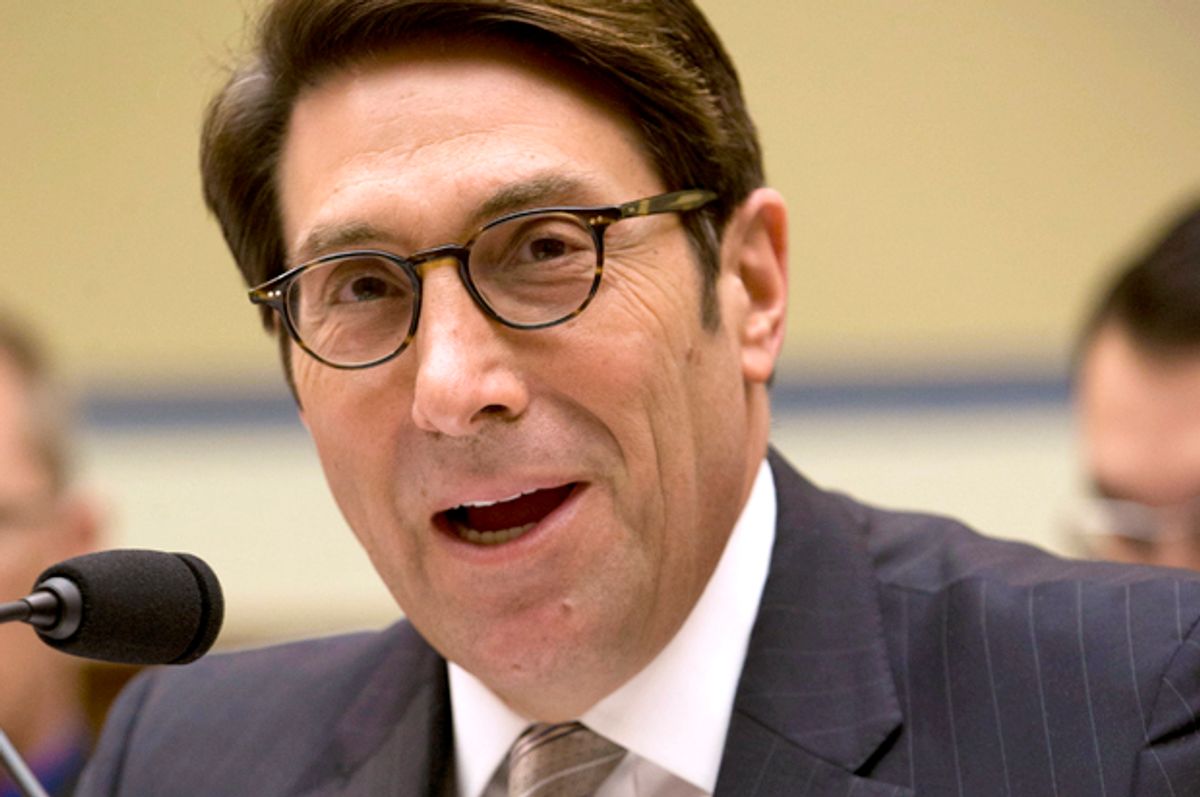 Jay Sekulow, the lawyer who repeatedly insisted that President Donald Trump was not personally under investigation, may soon find himself under investigation after it was reported that his Christian nonprofit allegedly steered tens of millions of dollars to himself, family members and their businesses.

The attorney general of North Carolina is also investigating allegations Sekulow steered $60 million in charitable donations to his family members. "The reports I’ve read are troubling. My office is looking into this matter," Josh Stein, the attorney general of North Carolina said in a statement. Amy Spitalnick, a spokeswoman for Schneiderman added in an emailed statement to the Guardian, "We’re reviewing their filings."

On Tuesday the paper reported on filings that show that since 2000, Sekulow's group "paid more than $60m in compensation and contracts to Sekulow, his relatives and companies where they hold senior roles." The Guardian elaborated:

Nonprofits are forbidden by law from giving excess benefits to the people responsible for running them. Case’s board is dominated by Sekulow and his family. The group is registered with state authorities to operate and raise funds in 39 states plus Washington DC, according to its last available IRS filing. It is closely entwined with American Center for Law and Justice (ACLJ), another Sekulow nonprofit.

The Guardian reported that CASE was founded in 1988 by Sekulow after he was successful in defending the group "Jews for Jesus" in the United States Supreme Court.

Case has told its telemarketers to let potential donors know Sekulow "never charges for his services." Sekulow even directed fundraisers to pressure donors that their funds are necessary in order to repeal the Affordable Care Act, the Guardian reported. A script ordered telemarketers to inform potential donors their money would be used for Case's "massive campaign to repeal and replace Obamacare." Telemarketers spoke to donors about various issues, and "delivered frightening warnings about a variety of issues, depicting Christians in the US as under siege from both Muslim terrorists and a liberal political elite led by a president supposedly desperate to increase the national abortion rate," according to the Guardian.

In a message Sekulow recorded himself, he told potential donors "Islamic extremists are headed in your direction, and you are most likely the main target."

CASE raised more than $52 million in 2015, according to its IRS filing.