Conservatives have lost the ability to govern, so they attack the press to distract the public 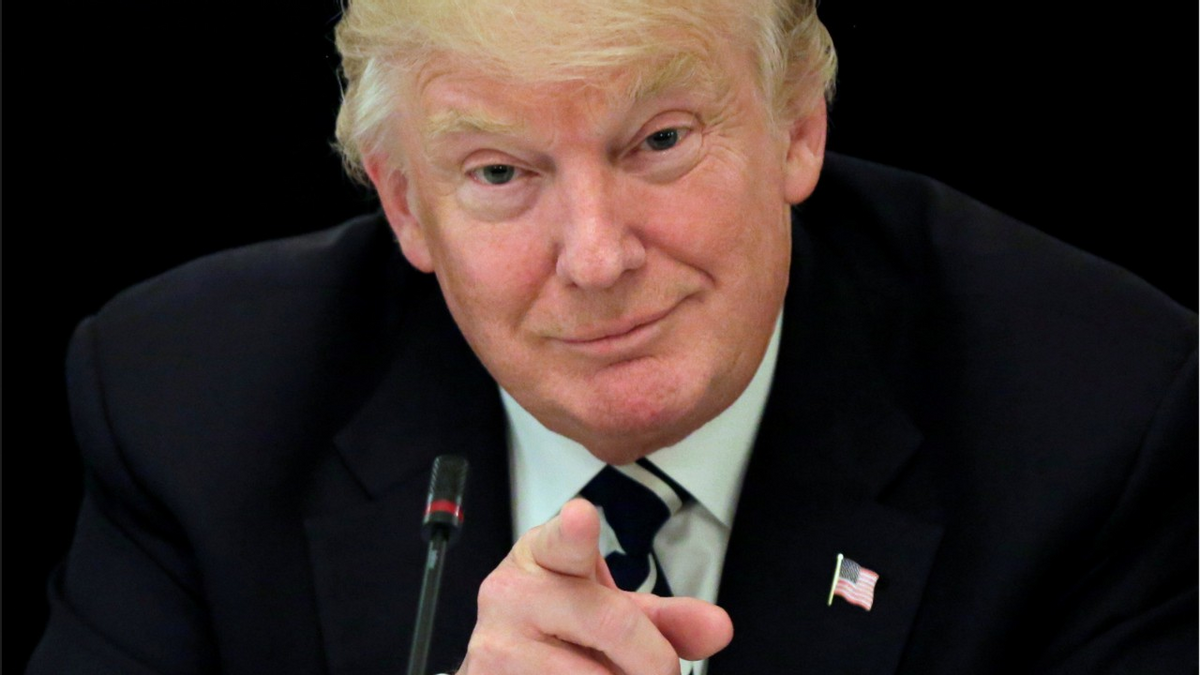 It is no coincidence that President Donald Trump, a man who tells lies with a frequency and ease unprecedented in modern American history, has made attacking the journalists who cover him an essential component of his public relations strategy.

“Every president has shaded the truth or told occasional whoppers,” New York Times columnist David Leonhard wrote in his June 23 catalog of the president’s multitude of falsehoods. But “no other president — of either party — has behaved as Trump is behaving. He is trying to create an atmosphere in which reality is irrelevant.”

Trump’s love of deception has been in evidence throughout his many decades as a public figure, starting from his days as a low-rent New York real estate developer. He even admitted how much he loves lying in his co-written autobiography (which he falsely claims is the best-selling business book of all time).

“I call it truthful hyperbole. It’s an innocent form of exaggeration — and a very effective form of promotion,” reads one of the most salient passages in "The Art of the Deal."

“He lied strategically. He had a complete lack of conscience about it,” Schwartz said. Trump’s constant reliance on untruths “gave him a strange advantage.”

Schwartz continued: “Truthful hyperbole is a contradiction in terms. It’s a way of saying, ‘It’s a lie, but who cares?’”

Journalists, the people charged with writing the first draft of history, happen to care about lying. Trump’s Democratic opponents are also severely concerned with blocking any advantage the president might be able to accrue through deception.

Of course, Democrats are not above making mistakes or telling falsehoods of their own. But as the party generally supported by the majority of Americans ever since the presidency of Franklin Roosevelt, lies and distractions are simply not as necessary for them to win elections. It is an unfortunate reality of recent American history that lies and distractions have been integral to Republican politics, particularly since the end of the Cold War.

During that conflict, some on the far left spent decades lying and covering up the crimes of the Soviet Union. But for an even longer period of time beginning with the 1964 campaign of Barry Goldwater, the national GOP has utilized the deceit of cultural populism to mask its program of upward economic redistribution.

While lying has been very beneficial to Republicans, journalists who report false information face much more severe consequences. That became visible this week after CNN’s termination of three employees who published a spurious story claiming that a Trump ally named Anthony Scaramucci was under investigation for collaborating with a Russian bank. Former network news anchors Brian Williams and Dan Rather were both fired for filing stories that proved to be false.

In all but the most unusual of circumstances, there are no such punishments for politicians who engage in public deceit. Most of the time, the worst penalties that they receive are hectoring “fact check” reports and smarmy voiceovers by late-night comedians.

Over time, however, scoldings of this nature have grown less effective, especially in the case of Republican elected officials. Six months into his presidency, public perception of Trump’s honesty has barely shifted. Fifty-three percent of Americans thought he was dishonest when he assumed office. Around 58 percent think so this month, according to polling done by Quinnipiac University.

In large measure, this is due to the fact that conservative media outlets and GOP politicians have created an atmosphere on the right where truth is relative and facts are merely a matter of perception.

There is tremendous hypocrisy in this, considering that conservatives have spent decades accusing the left of believing in “moral relativism.” Now, however, they want journalists to uncritically relay every specious claim made by Republicans --- such as the idea that preventing millions of people from receiving Medicaid benefits is somehow an increase in “freedom” --- while also insisting that no one should reexamine the dictates of scripture books written during the Bronze Age. The right loves to rail against postmodernism even as it has inculcated the school of thought’s worst philosophical tenets.

I should know. I spent nearly a decade and a half creating and writing for a number of conservative publications, frequently accusing mainstream journalists of being unfair toward Republicans.

In retrospect, I still stand by some of those critiques. It is undeniably true that the national press corps is more liberal than it is conservative. Sometimes that lack of ideological diversity can lead to journalistic mistakes. Where my thinking has changed, however, is that I now realize that Republicans, especially Trump, frequently get bad press because they deserve to.

Answering a correct policy judgment or ethical concern with “Democrats did it too” is not a valid argument. Ironically, Trump's lie-fueled primary campaign was the first Republican campaign to acknowledge that GOP elites have leveraged their voters' social concerns to implement an economic agenda that harmed them. Trump's flagrant embrace of vulgarity and violent rhetoric has also opened the eyes of more than a few conservatives about the game their elites had played on America for many decades.

In my own case, coming to these realizations before the rise of Trump cost me tremendously. It is also why I am deeply grateful for my colleagues here at Salon for helping me escape the relativistic world I formerly inhabited.

Journalism in Trump’s fact-free political environment is more important than ever. But as former Salon writer and current CNN host Jake Tapper observed recently, straight reporting must not cross over into sermonizing. Making the moral case against the president and his party is the job of their political opponents and of opinion journalists.

[O]ur facts need to be squeaky clean and uncorrupted. We are not the resistance, we are not the opposition, and we are here to tell the truth and report the facts regardless of whom those facts might benefit.

I know it is difficult to not get swept away into a stance of opposition when a politician declares war not only on journalism but also when he declares war on the very concept of truth. And sadly, sometimes, on the very idea of decency.

Make no mistake: we need to fight for truth and decency. To preserve them so that when this era is over, when our children in two decades time ask us how we handled this period we can look them in the eyes.

So yes, let us be revolutionaries by telling the truth at this time of deceit. But let us also make sure that we get our facts right.

No news organization or journalist is going to always live up to that standard. Certainly, Tapper’s former colleagues’ rush to report damaging information about a Trump associate, without remotely adequate sourcing, was a violation of this admonition.

Everyone, however, must try to remain faithful to the facts. Because truth matters most when liars rule.

Correction: "The Art of the Deal" as originally published did credit Tony Schwartz as a co-author. An earlier version of this article referred to Schwartz as Donald Trump's ghostwriter.