Gloria Carter's revelation comes in the form of a poem 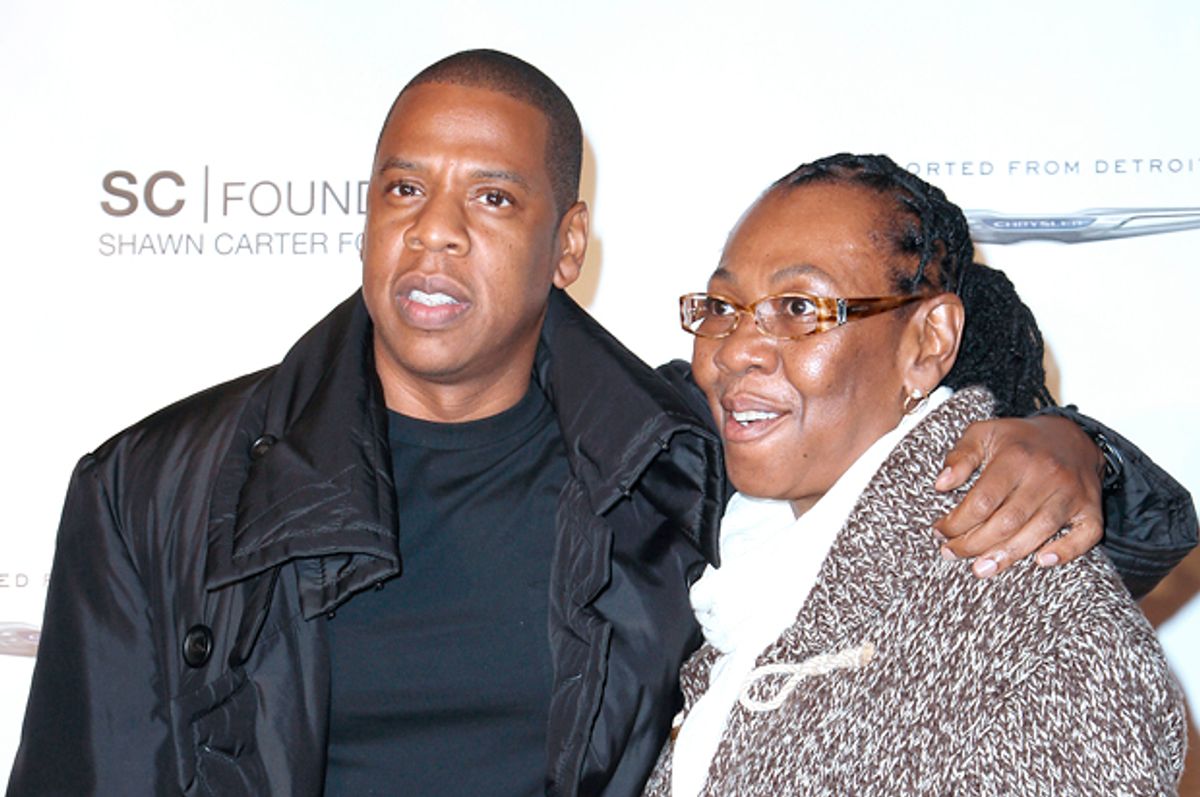 Already there are hundreds of  thousands of tweets about Hova's newest music venture flooding the social-media platform. But, as people obsess over lyrics dissing Kanye West and addressing Beyonce's infidelity allegations on her album "Lemonade", one of the album's most important revelations may be his mother's coming out story.

Gloria Carter, the rapper's mother and co-founder of the Shawn Carter Foundation, has come out as lesbian on Jay-Z 's track "Smile." He starts off the song with describing Gloria's experience hiding who she truly was. "Mama had four kids, but she’s a lesbian / Had to pretend so long that she’s a thespian/ Had to hide in the closet, so she medicate/ Society shame and the pain was too much to take," raps Jay-Z .

He ends the story with a touching message to his mother: "Cried tears of joy when you fell in love/ Doesn’t matter if it’s a him or her/ I just wanna see you smile through all the hate."

Gloria herself appears on the track to officially come out to the world. “Living in the shadow / Can you imagine what kind of life it is to live?," she says. "In the shadows people see you as happy and free / Because that’s what you want them to see/ Living two lives, happy, but not free / You live in the shadows for fear of someone hurting your family or the person you love." Gloria continues, saying “The world is changing and they say it’s time to be free / But you live with the fear of just being me / Living in the shadow feels like the safe place to be.” Her poem ends with, “But life is short, and it’s time to be free / Love who you love, because life isn’t guaranteed / Smile.”

Gloria's revelation is particularly bold as being part of the LGBT community is arguably more difficult when you're black. “It’s about the worst thing you can be in black culture," CNN tonight host Don Lemon told the New York Times soon after he came out as gay. "In the black community they think you can pray the gay away.” He added, “I guess this makes me a double minority now.”

Lemon is not the only black member of the LGBT that sees coming out in traditional African-American households as difficult. Larry Duplechan, author of the gay coming-of-age novel Blackbird, told the Advocate coming out is exceedingly difficult because "the center of the black community is the black church."

Actress Kerry Washington addressed the difficulties black members of the LGBT face during her Vanguard Award speech at the 2015 GLAAD Awards. "When black people today tell me that they don't believe in gay marriage," said Washington, "the first thing that I say is please don't let anybody try to get you to vote against your own best interests by feeding you messages of hate."

"And as long as anyone, anywhere is being made to feel less human, our very definition of humanity is at stake and we are all vulnerable."