As Democrats complain that the Attorney General violated the terms of his recusal, he calls for Russia probe to end 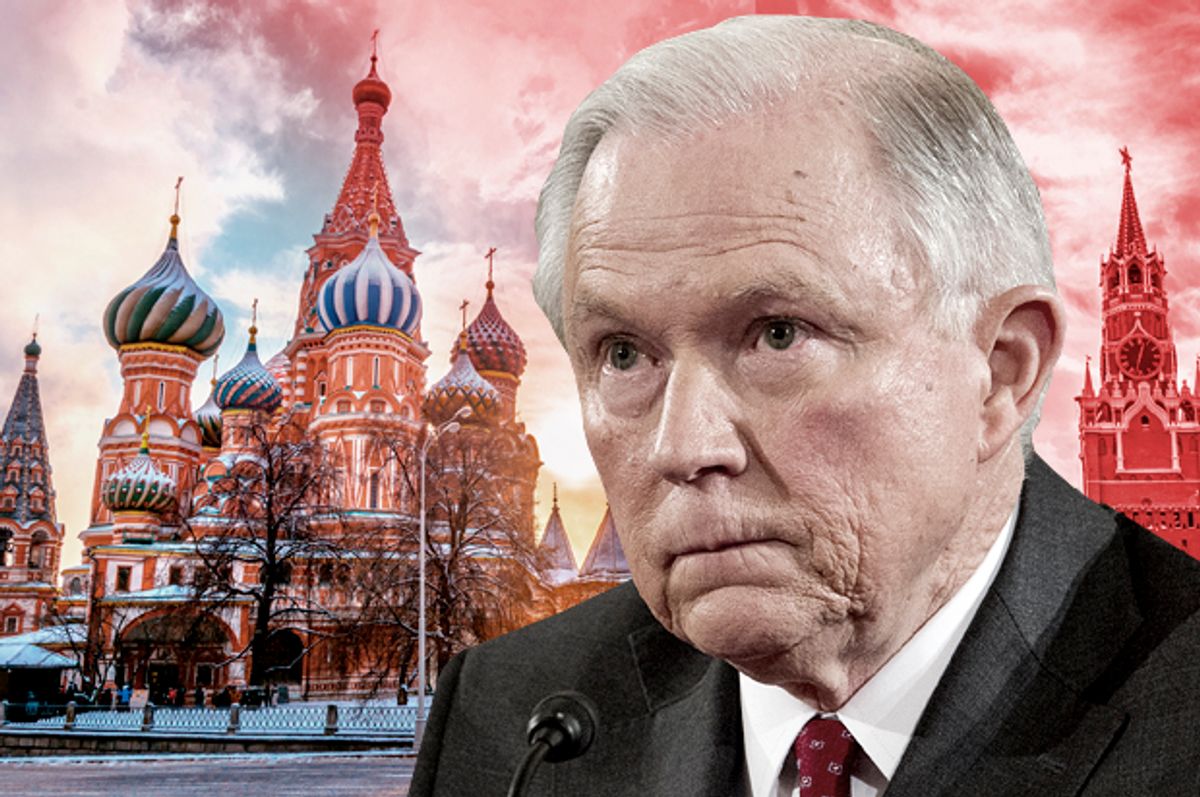 Attorney General Jeff Sessions told Fox News on Friday that while he had faith in special counsel Robert Mueller's Russia probe, he would rather the investigation end "sooner rather than later."

Sessions was interviewed on "Fox and Friends" Friday to answer questions about the Russia probe and Mueller's ties with former FBI director James Comey. The "Fox and Friends" hosts pushed Sessions to reveal any doubts about the investigation, but the attorney general defended Mueller's probe. “Mr. Mueller is someone I’ve known for a long time and I’ve had confidence in him over the years. Yes. Well, I feel confident in what he will do, that’s all I can say,” he said.

Sessions' comments about Mueller, however, are a change from how many others in Donald Trump's orbit are framing the investigation as delegitimate before Mueller and his team release their findings.

For instance, President Trump in an interview last week also on Fox and Friends called the relationship between Comey and Mueller "bothersome," in an attempt to discredit the special counsel. Additionally, right-wing commentator Tomi Lauren was featured on an ad paid by the Great America Alliance, a pro-Trump non-profit, which openly questioned whether Mueller can run an independent investigation because of his ties to the Clinton Foundation and Comey.

All this talk about whether or not Mueller is competent enough to run an investigation has to be making Sessions want this investigation to end, “hopefully we can see this matter move forward and come to an end, sooner rather than later,” he said on Friday. House Democrats, however, have a very different idea.

In a letter released Thursday, 34 Democrats in the House asked Department of Justice Inspector General Michael Horowitz, who investigates misconduct, to consider “whether Attorney General Jeff Sessions violated his recusal from matters relating to the presidential campaigns in 2016 when he participated in President Trump’s decision to fire FBI Director James Comey.”

According to McClatchy, the letter says Sessions made a pledge not to get involved in matters involving former Secretary of State and Democratic presidential nominee Hillary Clinton during his under-oath Senate confirmation process, and also on March 2 when he announced his recusal. Yet, Democrats argue,  White House documents indicate Sessions “had direct conversations” with the Deputy Attorney General about Comey’s actions relating to the FBI’s investigation of Secretary Clinton.